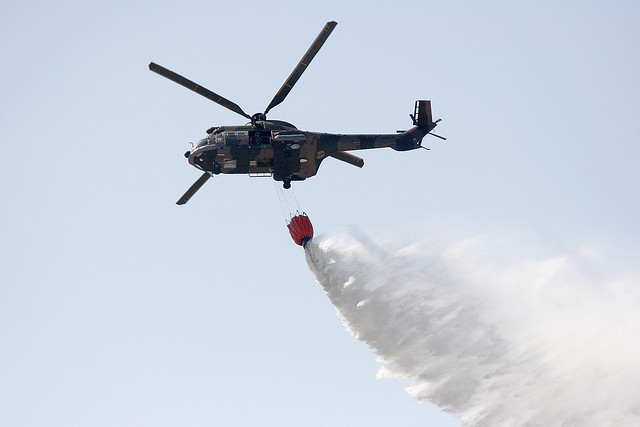 Equipped with new safety measures to combat hazardous mine fires, the Latrobe Valley in Southern Australia has taken an important step in the right direction. With these new measures in place, the Valley faces important decisions about the future of energy production and the economy it fuels.

A new water-bombing helicopter able to carry 2.5 tons of water represents just one of several major projects Australia’s Latrobe Valley has introduced to better prepare for mine fires, according to ABC News. They have also installed fixed cameras at coal mines for improved surveillance, as well as sprinklers at the Hazelwood coal mine.

Of the new measures, the Australian state of Victoria’s Emergency Management Commissioner Craig Lapsley said, “The capability will be built over the next weeks and months to make sure the whole of Latrobe Valley firefighters can use that new technology.” But why the sudden need for such measures?

According to the Sydney Morning Herald, Environment Victoria produced a report about Latrobe Valley coal mines in response to last year’s Hazelwood coal mine fire, which occurred just a few hundred meters from homes in the town of Morwell. The fire lasted for 45 days, “shrouded the town in smoke and covered homes in ash.” Estimated figures put the total cost of the fire at more than $100 million AUD.

The fire, which was described by Environment Victoria as “one of the worst environmental and public health disasters in Victoria’s history,” demonstrates just how dangerous and costly mine fires can be to both miners and the community. Thankfully, the Latrobe Valley’s new efforts will significantly reduce the likelihood of such disasters unfolding again.

Not only will this recent mine revamp program prevent mine fires and help the environment, but it’ll also boost the economy by rehabilitating old mine sites and employing a significant number of workers.

According to the Environment Victoria report, “Faster rehabilitation of Latrobe Valley coal mines could employ hundreds of people for 20 years, generate more than $420 million of direct spending, and slash the risk of fires.” As mine safety improves, so too can local economies.

How Midwest Can Help Latrobe Valley

In spite of the recent events, Luke van der Muelen, of the Construction, Forestry, Mining and Energy Union, remains optimistic about the future of Australian coal. “We believe mining and energy jobs will continue to have a future.”

The biggest risk to old coal sites is often spontaneous combustion and subsequent fires, as the coal can self-ignite when exposed to oxygen. Enter Soil-Sement®, which contains the necessary antioxidants to help prevent these dangerous mine fires. As part of Midwest’s expert application services, they can spray coal seams, piles, and bunkers with Soil-Sement to ensure a completely safe work environment.

With the help of Midwest, foreign countries — like Australia — can continue to focus on boosting domestic economies. Specifically, they can again seriously look to mining as a viable and significant opportunity for economic growth and the revitalization of rural communities. With these new and important safety measures in place, Latrobe Valley can already safely look towards a bright and efficient future.