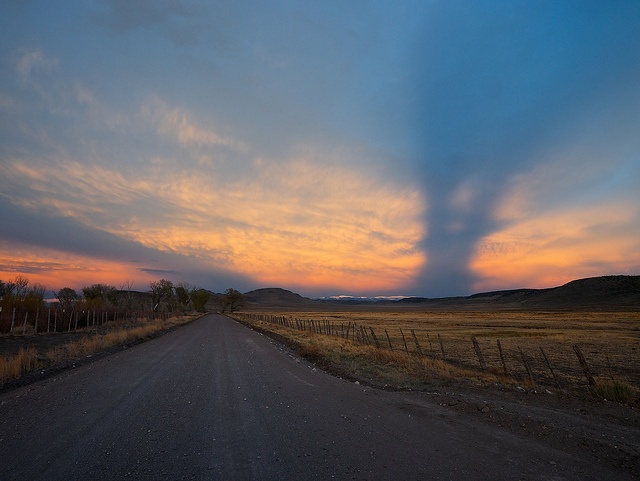 There are 1.6 million miles of gravel roads in the United States — that’s over a quarter of all the roads in the country. When maintained properly, unpaved roads can be a much better alternative to their more costly paved counterparts.

Why Gravel Over Asphalt?

When communities build roads, they have a choice to make: paved or gravel surface? Paved roads, usually consisting of asphalt or concrete, require a multitude of heavy machinery to construct. Steamrollers, dump trucks, graders and front-end loaders are expensive to purchase and operate.

Gravel, or unpaved, roads, on the other hand, can be contracted with less equipment and in a much shorter time frame.

Less equipment and less time means less money spent on the project, which is especially important to the funding-strapped communities where unpaved roads are the most prominent. M Live, a Michigan media group, reported that 1 in 10 Michigan districts are returning to gravel in an effort to save funds. This move follows a 2011 precedent when over half of the state’s 83 counties shifted to gravel roads to cut costs, as reported by the Capital News Service.

How Gravel Roads are Built

Even though gravel roads can be built more quickly and for less money than paved roads, designing a track of the gravel variety takes a lot of planning.

Without a slope and ditch, water would flow along the roadway, eroding the roadbed and causing potentially unsafe conditions for drivers — especially on less stable surfaces of unpaved roads.

Often, crushed stone is substituted in place of gravel, because its rougher edges interlock with one another, so that there’s less movement under traffic. This rock mixture, which is spread on top of a carefully formed and tightly-packed base, makes for a surface that can be easily gripped by tires, improving traction and making roadways safe.

Why Gravel Roads Must be Properly Maintained

The hazards presented by excess dust, which is a byproduct of improperly maintained gravel roads, is the biggest challenge when utilizing them. The Unpaved Roads Institute points out that dust can cause a litany of issues — from short term roadway safety problems, like impaired visibility and compromised surface stability, to long term effects on citizens’ and the environment’s well-being from the increased amount of particulate matter in the atmosphere.

To combat these problems, using the most effective measures for surface stabilization and road maintenance is essential.

Midwest Industrial Supply, Inc. has solutions for the excess dust that so often accompanies unpaved roads. These solutions make surfaces stable and safe without the need for constant maintenance typical of gravel roads. Soil-Sement®, a powerful polymer emulsion, makes roads as hard as steel and as resilient as rubber, while Synthetic Organic Dust Control® options EK35® and EnviroKleen® are the most environmentally-friendly dust control and soil stabilization products available.

When communities make the choice to turn to unpaved roads, they aren’t choosing the lesser of two options — just as long as they take the right steps to make the surface of the road the best it can be.