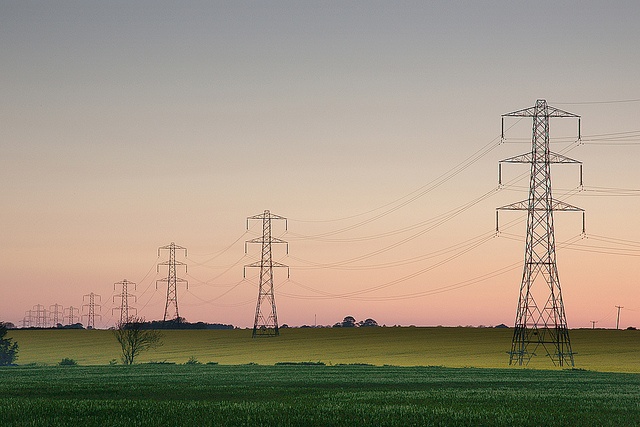 The cost of electricity in the United States fell dramatically in 2015 — a decrease largely attributed to the cheap costs of natural gas as a result of practices like fracking. Yet, regulations proposed by the EPA threaten those low costs.

In 2015, you may have noticed that your electricity bill was quite a bit lower than in years past. In fact, natural gas was the cheapest it has been in almost 15 years, due largely to an abundance created by increased fracking across the U.S. Even though the practice has created a windfall for energy producers and consumers alike, its use is an extremely volatile public policy issue for environmental groups and politicians sympathetic to their causes. So how can the two sides of this issue come together?

According to the U.S. Energy Information Administration, wholesale electricity prices across the United States were down to 37 percent in 2015 from the year before. This incredible decrease is attributed to natural gas prices, which are the lowest they’ve been since 1999 — and economists at Purdue University predict these prices will stay low through 2016.

Despite these declining prices and a decrease in total natural gas-directed drilling rigs, total natural gas production was 6.3 percent greater in 2015 than 2014. The Wall Street Journal reports that in February of 2015, fracking was responsible for 54 percent of natural gas output in the U.S. — with production from several states higher than countries like Kuwait and Venezuela.

The dramatic increase in demand and production of natural gas has subsequently led to substantial job creation. Drilling, extraction, and support industries employed 569,000 people in 2012, and added 161,600 jobs between 2007 and 2012, New Republic reports. The Bureau of Labor Statistics estimates that the mining sector of the U.S. economy will increase $125.4 billion by 2022, driven predominantly by the increased use of fracking, while mining-related employment will increase 1.4 percent annually to 2022.

But all of this energy and economic growth has come with increased focus on environmental concerns. The EPA’s Clean Power Plan was created to substantially decrease the United State’s emission of CO2 by power plants, particularly focusing on the coal industry. In a report by NERA Economic Consulting, the authors conclude the new regulations will increase total consumer energy costs by $479 billion from 2017 through 2031.

Additionally, opponents are claiming that this change in policy will do more than drive up the cost of electricity — some are predicting it could disproportionately impact lower-income and minority families, according to the Washington Times. People living in states that are largely dependent on coal for energy are at particular risk, making fracking, and the jobs it creates, all the more valuable.

The Washington Post reports that low income-earners spend more than 40 percent of income on housing, which will only increase as the Clean Power Plan is implemented. Wayne Winegarden of the Pacific Research Institute calculates that the average annual electricity cost of an Ohio household’s income would increase from 2.9 percent to 3.8 percent, with even higher rates for low-income African-American households. States like Ohio are especially dependent on coal, and Winegarden says these regulations could cost lower-income African-American households at least 26 percent of their income.

Powering the world with low environmental impact is a fine balance not easily met, but we are making great strides. In the United States alone, there is enough natural gas to power the country for 84 years, according to the EIA. The methods we use to extract it are only getting cleaner and more efficient.

The infrastructures at drill sites are also seeing technological advancements that significantly reduce their environmental impact. Midwest Industrial Supply, Inc. has environmentally-friendly solutions that not only protect the environment and surrounding communities from harmful dust, but also greatly decrease maintenance costs. When every aspect of the extraction process is essential in creating economic and energy growth and maintaining the environment, turning to the best solutions is the only option.