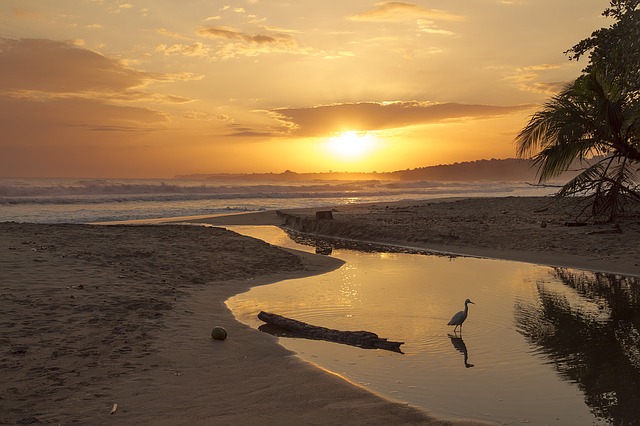 Dusty roads in Costa Rica’s Guanacaste province are causing problems for residents, spurring officials to implement a new plan to reduce the dust.

Costa Rica’s National Roads Authority (CONAVI) has pledged the equivalent of $4.5 million USD to a plan meant to limit the dust currently being kicked up on 112 miles of gravel and dirt roads, according to the Costa Rica Star. The problem has only intensified since 2014, which marked the beginning of the unprecedented drought currently plaguing Guanacaste.

Sweet Roads, But A Sticky Fix

CONAVI will soon take steps in an effort to reduce road dust on 15 national routes in the northwestern province. The $4.5 million plan will focus on resurfacing the roadways — which is often a much cheaper alternative to paving. Currently, vehicles on the road produce clouds of dust that can blow into people’s homes, and officials are concerned over the potential health risk posed by the problem. So desperate are residents and neighborhood officials to curb the dust, made substantially worse by the drought, that community leaders in the district of Nosara turned to pouring molasses over the roads back in December 2014.

According to officials, El Niño is to blame for the worst drought recorded in Guanacaste since 1937, as Q Costarista reports. In the first eight months of the year, the province usually receives 840 millimeters of rain — in 2015, January to August saw a mere 105 mm. The beach town of Tamarindo was facing a 65% deficit of rainfall in 2015, as the Tico Times reports, and officials were rationing water after only nine wells were left able to function. The government implemented a $50 million plan to improve water infrastructure and provide direct financial relief to farmers and ranchers suffering from the drought, according to Inside Costa Rica.

The merits of unpaved roads over asphalt roads have been discussed at length. Economic development can be a substantial limiting factor when it comes to road surfacing decisions. While maintaining a road once it has been paved is relatively cheap, the actual process itself is quite expensive. As the roads continue to wear down, the maintenance costs only increase. Gravel and dirt roads, meanwhile, require less expensive materials to install and repair and upkeep is relatively inexpensive.

In South Dakota, for example, the cost of dust control and fines preservation on gravel roads has been anywhere between $2,300 and $3,700 a mile, depending on traffic. In Minnesota, a five-year cycle using resurfacing techniques like those being considered in Costa Rica will set the state back $36,000. Such expense, coupled with the well-being of Costa Rican citizens, makes the proper dust control methods vital for the province of Guanacaste.

Midwest Industrial Supply, Inc. has the best road management solutions that could save Costa Rica both money and a whole lot of dust. Midwest’s Fines Preservation Program limits dust, potholes, and washboarding with binder-enhanced synthetic fluid. EK35® is a part of the Synthetic Organic Dust Control system that is non-toxic and reduces roadway life cycle costs by 50% or more.

Most importantly, the solution reduces dust by 80% for four years, with minimal applications needed for upkeep while maintaining high levels of effectiveness on clay, sand, gravel, limestone, and other native soils. With Midwest, life in Guanacaste can stay dust-free, even in the drought.