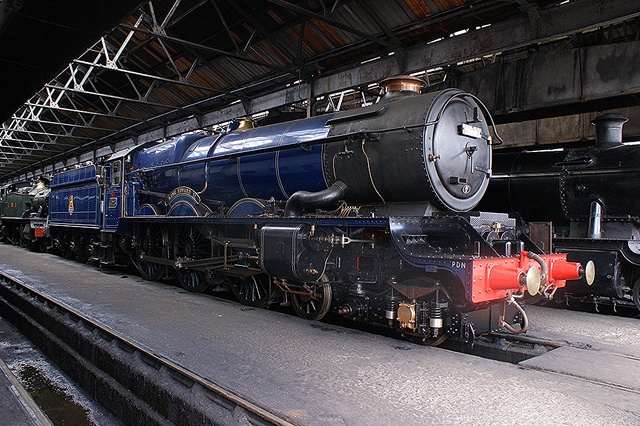 Given the ever-increasing reliance on railways for transporting goods, it’s essential that the U.S. devote enough time and resources to properly maintain the domestic rail system through both preventative maintenance and consistent monitoring.

Following similar recent actions taken to ensure the safe transport of energy products, the most recent rule introduced by the DOT regarding rail safety specifically involves making the transportation of flammable liquids safer. One of the new regulations reads:

The flammable liquids recommendations made by the Federal Railroad Administration (FRA) and the Pipeline and Hazardous Materials Safety Administration (PHMSA), include the need for industry to supply various information to emergency responders and investigators.

Association of American Railroads (AAR) President and CEO Ed Hamberger explained the reasoning behind the new regulations to Progressive Railroading: “The added federal directives build on the many practices and protocols the industry has applied for years for safely moving and handling hazardous materials by rail, including flammable liquids.”

He also commented on how the safe transportation of crude oil in particular is a responsibility shared by all industry stakeholders, asserting, “Overall, these federal provisions reflect the fact that moving crude by rail is a shared responsibility, involving a safety system of prevention, mitigation and response. Railroads, like all supply chain stakeholders, anxiously await the federal government’s final rules on tank cars, which directly addresses the heart of mitigation.”

The DOT studied recent train accidents involving fuels like crude oil and ethanol and used them to identify some of the primary factors involved in the jeopardization of rail safety. These were then incorporated into the formulation of the new rail safety regulations, which entail the following actions:

“The FRA recommends finding experienced inspectors to perform brake and other mechanical tests. This follows the findings of a preliminary investigation into a rail crash, which showed that it may have been caused by a broken or fractured tank car wheel.”

“The FRA also recommends that the tolerances on wayside wheel impact detectors are reduced in order to increase the margins for safety on rail cars.”

Although these read as “recommendations,” the hope is that these will become mutually-accepted guidelines for all players in rail maintenance and operations.

Maintaining the literal railway tracks is just as important as proper maintenance of rail carriages and engines, and the safe transport of hazardous and non-hazardous substances alike depends on a rail network that’s routinely maintained — in every aspect.

Issues like rusted or worn-down tracks can reduce efficiency and prove dangerous, causing derailments and even collisions. Glidex® lubricant from Midwest Industrial Supply, Inc. lubricates rails, switches, throw rods, and side plates, keeping them friction free. It withstands the elements, resists wash-off, won’t pack and harden, and does not attract dirt and sand.

Iced-up rails and switches can interfere with operations, and a proactive application of Ice Free Switch® will prevent switches from freezing, ensuring uninterrupted switch operation in freezing temperatures. More efficient than rail heaters, it quickly melts falling and blowing snow and will remain in place and activate when needed.

One of Midwest’s proven solutions can help you save on maintenance costs, making rail transport smoother, safer, and more reliable for all parties in the pipeline.