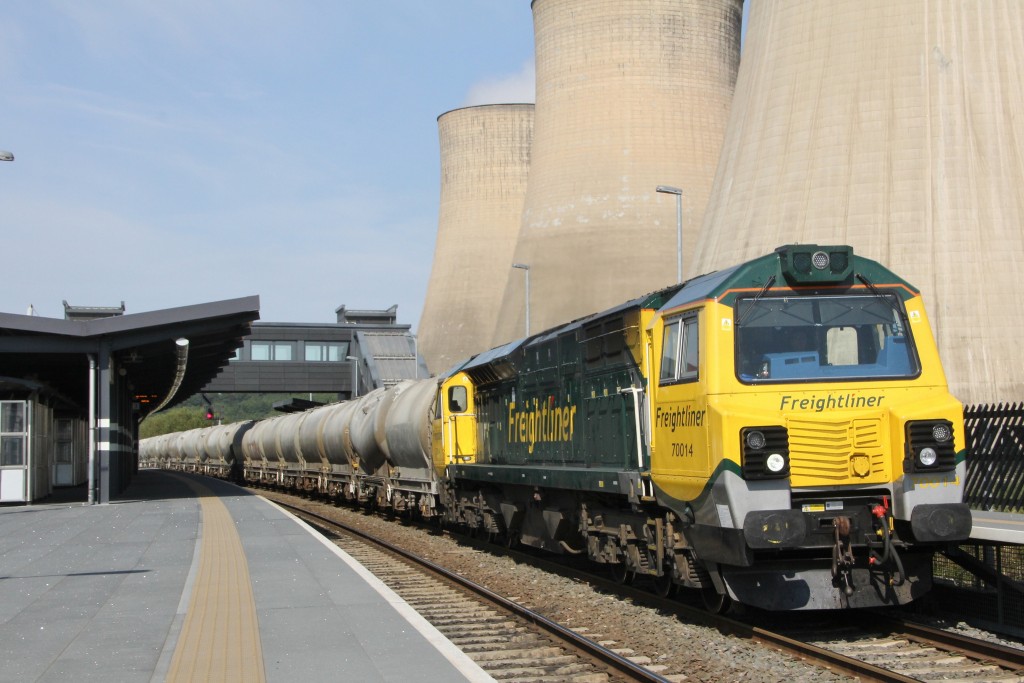 While coal trains are ultimately better for the environment than transit alternatives, the introduction of additional coal dust into the landscape raises concerns. Recent studies have inspired the development of environmentally-friendly products to treat the coal and equipment and reduce the negative impact of dust, helping the booming mining industry comply with emerging, stricter regulations

A rise in mining of metal, coal, and stone has resulted in all-time highs in US rail traffic, according to mining.com.

This month’s report from the Association of American Railroads revealed 2014’s cumulative rail traffic at 14,090,734 carloads as of the end of June, representing a 4.5% increase from the same time last year.

Just this week, coal carloads rose 4.3%, at a 1.1% increase for this year. So how do these record numbers benefit US citizens and the economy?

Economic models estimate that for every billion dollars of rail investment, anywhere between 12,300 to 26,600 jobs are created.

These new jobs are especially advantageous as positions involved in the manufacturing of locomotives, railroad cars and shop machinery, as well as the construction of rail-roadway buildings and warehouses, tend to be reasonably well-paid and offer job security as they include union membership, as detailed in the Blue Green Alliance’s report “Gauging Growth.” Rail employees earn on average 30% more than the mean US annual income, and 74% more than workers in the transportation sector as a whole. To boot, many of these positions are open to individuals who don’t have college degrees.

Freight railroad employees in particular are among America’s most highly compensated workers, as the Association of American Railroads outlines in “The Economic Impact of America’s Freight Railroads.” In 2012, the average freight rail employee earned wages of $76,500 and fringe benefits of $33,200 for total average compensation of $109,700.

On top of creating more jobs in manufacturing and construction, increased freight rail investment means companies have to introduce more green jobs to ensure they comply with state regulations on emissions and handling.

Boosting the National Economy and Quality of Life

Studies show that the freight rail industry contributes nearly $265 billion of total economic activity annually to the US.

Railroads help companies control their prices, saving them and consumers billions of dollars each year, enhancing the global competitiveness of US goods, and improving the country’s standard of living.

The increased use of freight railroads also reduces highway traffic for US residents. This flow improves day-to-day life for citizens while helping administrators manage the road budget by reducing the cost of maintenance and the pressure to build costly new highways.

Amidst all the benefits, mines, railroads, and utilities know the major drawback to working with coal is dealing with coal dust. This dust has the potential to damage equipment, and presents a health hazard to workers and a threat to the environment for which managers will be held liable.

Transporting coal involves unique environmental issues, the downsides of which have the potential to increase in severity with the rise in rail traffic. According to the Department of Environment and Heritage Protection, the main sources of coal dust emissions from coal trains are from:

As explained by OBP, rainfall on piles of coal can flush out heavy metals like arsenic and lead, which can contaminate soil and groundwater. Coal dust falling onto the leaves of nearby vegetation can reduce its photosynthesis capabilities, as well as have toxic effects on wildlife. Additionally, transporting coal via railroads can also create potential risk for fire, the leaching of chemicals, and detrimental aesthetic effects.

Importantly, despite the potential risks, railroad freight is considered a lot more environmentally-friendly than transporting mining products by road, and there are measures managers can take to reduce the harmful effects of transporting coal dust by train.

Studies into the scientific basis of and optimal methods for controlling the negative impact of coal dust illuminate how companies can protect the land and their workers as they transport coal via train. These solutions involve treating the coal and transportation equipment, and allow companies to respond to the pressure of increasingly strict environment standards at this crucial industry growth moment.

As early as the late 1970’s, the Environmental Protection Service of Canada ran on study on “In Transit Control of Coal Dust from Unit Trains,” which points to the “effectiveness of chemical binders in controlling coal dust emanating from unit trains.” Their survey identifies how best to load the coal and chemicals to spray to attain what they call maximum “crust retention,” a coating for the coal and equipment that prevents dust from leaking into the environment. Methods investigated achieved “coverage” of up to 95%, with percentages dipping into the 70’s and 80’s depending on the type of chemical binder used and loading profile.

More recently in 2010, the US Department of Health and Human Services’ National Institute for Occupational Safety and Health covered the “Best Practices for Dust Control in Coal Mining.” Their guidelines reinforce wetting or treating the coal itself as well as the transportation equipment. The Health Department’s list of “haulage road treatments” includes “hygroscopic salts, surfactants, soil cements, bitumens, and films (polymers) to the road surface.”

With these chemical treatments, railroad dust can easily be addressed before it leads to fire, equipment damage, and affects people’s health.

Among the offerings is the engineered formula, Soil-Sement®, a chemical sealant proven the most reliable for keeping in dust when transporting coal by train, and one of the few products approved for this use. Midwest’s “Car Topping Dust Mitigation” details how Soil-Sement is verified by labs and entities from the Simpson Weather Associates Laboratory to the US EPA for weatherability, corrosion, safety, performance, and burnability.

Midwest’s three-pronged Coal CarTopping System® offers Soil-Sement, along with an optional and customizable system for applying the treatment, and a local service network to ensure the system runs efficiently.

As rail traffic due to coal mining takes off, the potential health and environmental risks of coal dust become greater, raising the pressure on mining and rail companies to establish a system for managing the problem. Lab-tested chemical treatments like those offered by Midwest present a clear pathway to responsible coal transport, ensuring a safe environment as the country benefits economically from the coal mining boom.