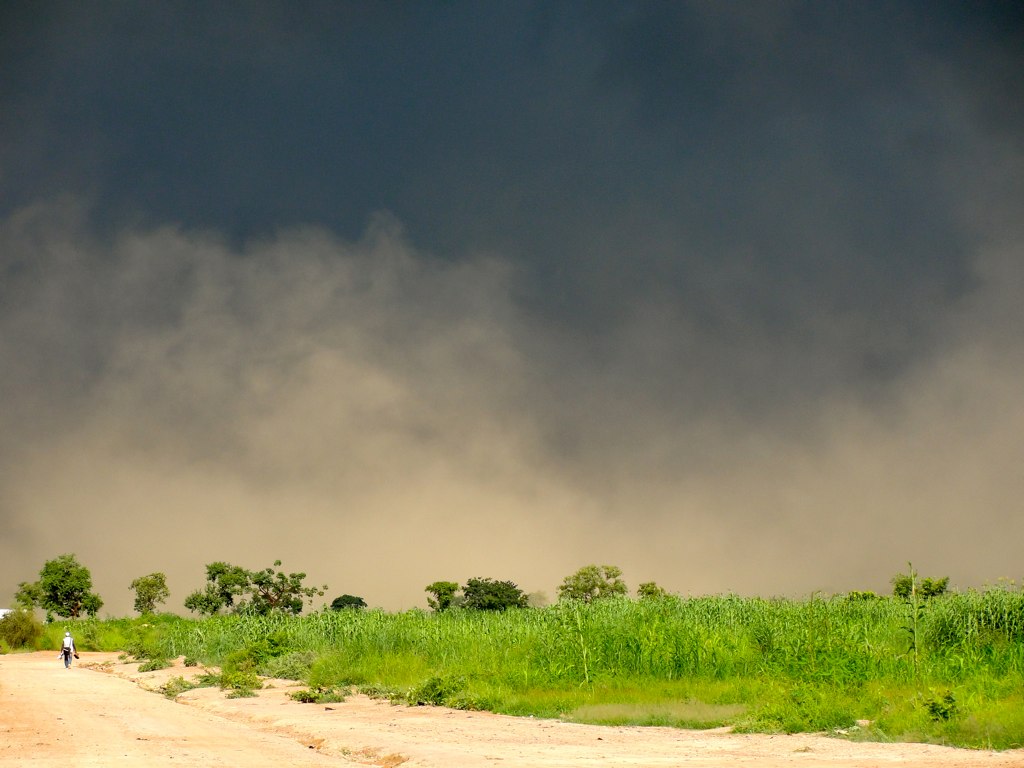 For 46 years, the U.S. EPA has legislated over practically all domestic issues concerning the environment. Read on for a brief history of the organization’s regulations on dust, and what the future may look like under President-Elect Trump.

Founded in 1970, the EPA tasks itself with “protecting human health and the environment.” The agency uses a multi-pronged approach to accomplish this goal: funding grants for environmental programs, sponsoring research on important environmental issues, and educating Americans about the environment.

Since its inception, one of the most important ways the EPA has sought to protect the environment and improve human health is through the development and enforcement of regulations on fuel economy, water quality, and energy consumption. It also seeks to improve air quality by placing restrictions on greenhouse gases, ground level ozone, and dust — the last of which has been a point of constant contention between the EPA and Congress over the past several decades.

The EPA began regulating particulate matter in 1971 following the passage of the Clean Air Act, and has subsequently made 17 changes to its standards and testing procedures in the past 45 years.

In the mid-2000s, the EPA offered Maricopa County, Arizona a clear ultimatum: either comply with federal particulate matter emissions, or face hefty fines and other sanctions. Sure enough, in 2006 and 2007, fines paid by the county for air quality violations totaled $3.7 million and $5.3 million respectively. In the years that followed, however, the county developed strict local and state-level regulations to comply with the federal restrictions, and by 2013, local air quality had improved significantly as a result.

In 2011, tensions between the EPA and Congressional representatives reached a new high when Republican members of the House of Representatives introduced a new bill, called “The Farm Dust Regulation Prevention Act,” in an effort to put a temporary halt on EPA farm dust regulations. There was a problem, however: the regulations the bill sought to prevent did not exist.

Though several states — including California and Arizona — required farmers to take dust control measures, and although farm dust is lumped in with soot from power plants as “coarse-particle pollution,” the EPA had not formally proposed any regulations specifically targeting farm dust. Furthermore, at the time, the EPA had no intention to propose such a rule, as EPA administrator Lisa Jackson assured Congress.

In the end, the bill, which received backing from the American Farm Bureau, the National Cattlemen’s Beef Association, and the Public Lands Council, passed through the House of Representatives with 235 Republican and 33 Democratic ‘ayes,’ only to die on the Senate floor in 2011.

Trump and the EPA

Though the “Farm Dust Regulation Prevention Act” did not ultimately pass into law, its near-miss signaled a growing concern among some representatives that EPA regulations were hurting the national economy. In 2011, R. Bruce Josten of the U.S. Chamber of Commerce noted that the EPA is “an agency that has a far greater economic impact — by region, by size, by sector — on the overall economy than any other agency.” By 2014, Republican Views noted that the EPA had recently “put into effect large regulations that will cost businesses and consumers tens of billions of dollars.”

In 2015, Republican presidential candidate Donald Trump was asked which departments he would like to cut. To that, he replied “Environmental Protection — what they do is a disgrace. Every week they come out with new regulations.” When asked who would protect the environment, he stated, “We’ll be fine with the environment. We can leave a little bit, but you can’t destroy businesses.”

In July 2016, the GOP released an updated platform that doubled down on Trump’s promise from the primary season, suggesting that the EPA be turned into a federal commission. “We propose to shift responsibility for environmental regulation from the federal bureaucracy to the states and to transform the EPA into an independent bipartisan commission, similar to the Nuclear Regulatory Commission, with structural safeguards against politicized science.” The platform indicates that water and air quality have improved over the last few years, and that the trend will continue with no further regulatory action necessary.

At Midwest Industrial Supply, Inc., we are on a mission to help companies operate at maximum efficiency while remaining environmentally responsible. That’s why we offer a number of patented dust control solutions to ensure the safety of industrial facilities for workers and surrounding communities. To name one, our Soil-Sement® line of polymer emulsions for dust control, erosion control, and soil stabilization can lay claim to more certifications for environmental safety and performance than any competing product on the market. The application of these products allows industrial operations to function more efficiently while eliminating PM10 and PM2.5 particulate emissions, levels of which are both currently regulated by the EPA.

At the end of the day, you can trust Midwest’s solutions to help your company function at its peak in a cost-effective and environmentally conscious manner — all while complying with EPA regulations.