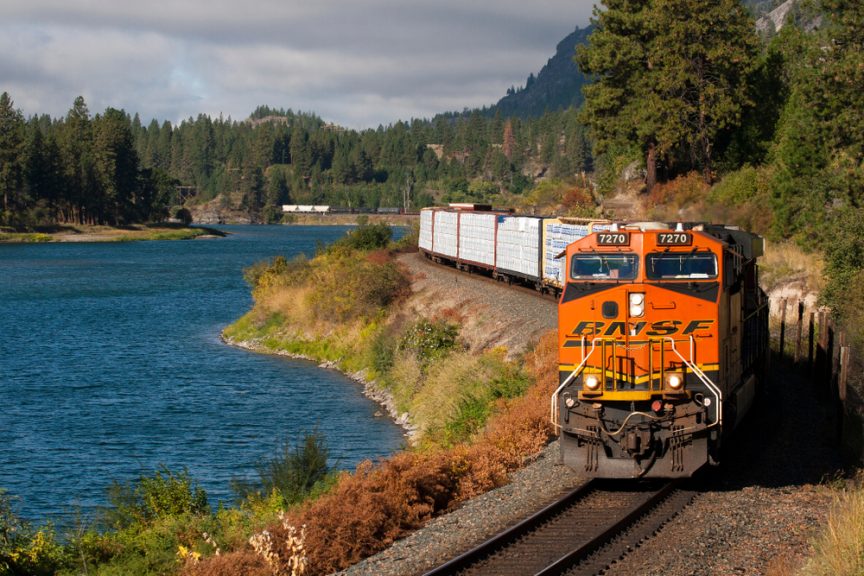 Thanks to FAA approval, BNSF has the all-clear to deploy drones as part of its extensive rail inspection and maintenance operation.

This month, the Federal Aviation Administration (FAA) granted the BNSF Railway Company an exemption from the FAA Extension, Safety, and Security Act of 2016. The exemption will effectively give the railway operator the leeway to expand its drone — or unmanned aerial system (UAS) —  initiatives.

These plans include a wide range of use cases that aim to make the rail and bridge maintenance process easier and safer for BNSF personnel and more effective from an operational standpoint overall. While the exemption doesn’t give BNSF a blank check to deploy drones however they see fit, it does mark the beginning of the collaboration between the two entities as BNSF works to maximize its use of this emerging technology.

Hopefully, greater drone usage will help to make rail systems safer for crew, maintenance personnel, and valuable cargo. While drones alone aren’t enough to keep rail and bridge infrastructure in prime condition, they can make an important addition to inspection and upkeep strategies when paired with advanced maintenance products.

What the FAA Exemption Approves

The FAA exemption granted to BNSF gives the rail operator several key allowances as it beefs up its drone program. For starters, BNSF will have permission to conduct beyond-visual-line-of-sight (BVLOS) flights below 400 feet since this low altitude won’t pose a risk of collision with larger aircraft.

BNSF will also be able to follow drone maintenance requirements set by UAS manufacturers rather than FAA mandates and employ UAS pilots with a private pilot certificate and third-class medical certification. Finally, the company will be exempt from FAA airworthiness certificates for drones that wouldn’t be a hazard to national airspace systems or the public.

According to the Association of American Railroads, there are 140,000 miles of private rail in the United States, all of which require regular maintenance in order to move cargo and passengers safely and on schedule. While the job of this upkeep has been undertaken by trained personnel, the job is a challenging one. Between intense environmental conditions, difficulty accessing rail infrastructure, and operating on in-use systems, there are risks involved that can pose a threat to the safety of personnel, thus making it more difficult to perform maintenance with accuracy.

With drone technology, however, BNSF is making it easier to inspect rail infrastructure and identify areas that need maintenance. In areas that are hard to reach or that would be dangerous for personnel to access, drones provide a safe, effective way to spot potential issues. Plus, deploying drones in this way doesn’t require interruptions to regular operations and it makes it safer to inspect infrastructure when it’s in use.

As BNSF helps to pioneer new inspection and maintenance strategies through drone deployment, it’s clear that rail operators should consider what they can do to make their infrastructure safer for the crew operating it, for the cargo and passengers traveling on it, and for the personnel inspecting it. While UAS technology will likely play an important role in the future of safety inspection, enterprises still need to invest in products that can maintain their infrastructure more efficiently, including Midwest Industrial Supply, Inc.’s Glidex® and Glidex® MC rail switch lubricants.

With the help of these patented products backed by cutting-edge science and more than 40 years of experience supporting railway operators, public and private organizations can be confident that they’ve invested wisely in rail maintenance.

Indeed, through the proper application of Glidex and Glidex MC, Midwest can help you reduce maintenance time and costs, increase train-handling performance, and more. Thanks to products such as these and experts who know how to apply them, companies like BNSF can pair advanced inspection technology with long-lasting maintenance solutions.