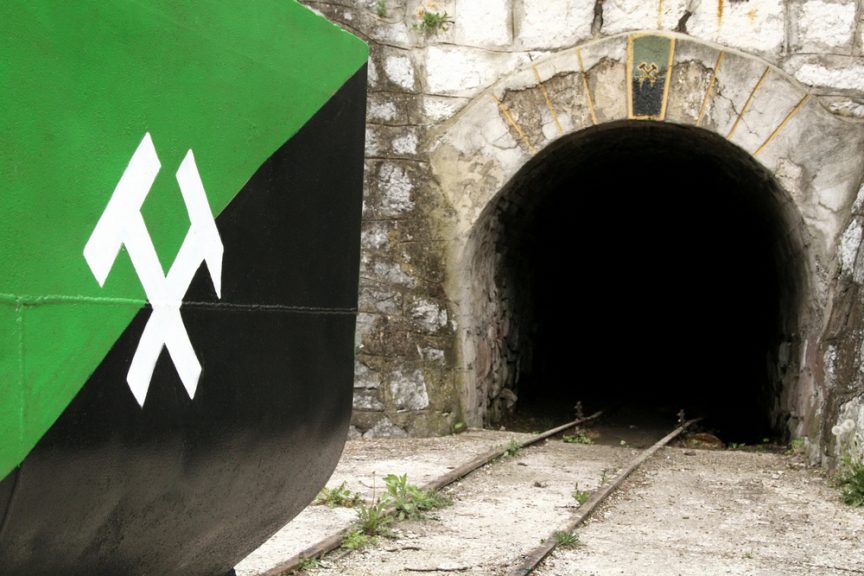 The reopening of the Black Diamond mine could signal a rebirth for Coal in the Pacific Northwest, as miners return to Washington State for the first time since 2006.

When the EPA started relieving undue regulatory burdens on the coal and natural gas industries last fall, the hope was that the move would spur new investment in the industries. As new mines break ground — and as old ones are given second lives — it’s become increasingly clear that the initiative is paying off.

Later this year, the Pacific Coast Coal Company (PCCC) plans to start pulling coal from the ground of a facility that’s been closed since 1999. Washington State’s John Henry Mine No. 1 was granted a federal permit to resume activity in May. Upon its reopening, it will be the first and only coal mine to call the Evergreen State home since TransAlta closed the Centralia Coal Mine in 2006. But it sure doesn’t seem like it will be the last.

30 miles southeast of downtown Seattle, in Washington’s King County, the soon-to-be revived John Henry Mine lies abandoned at the heart of a town of 4,000 — a town that is appropriately named Black Diamond. Once the largest mining operation on the west coast, Black Diamond has been home to a community of coal miners since the late 1880s. The town’s one and only museum is filled top to bottom with hardhats, antique minecarts, and other coal memorabilia.

At the turn of the century, coal was king here, feeding a bustling economy whose vibrant trade ran on steam locomotives and seafaring steamers. From 1882 to 1891, Washington coal supplied San Francisco with its primary source of fuel. And in 1918, production peaked at an impressive 4.1 million tons.

Between its commissioning in 1986 and its closure in 1999, the John Henry Mine produced 1.9 million tons of coal — an average of 136,000 tons per year. With the Department of the Interior signing off on their plans in May, the Pacific Coast Coal Company (PCCC) is aiming to recapture a sizeable portion of that productivity.

The plan calls for the reopening of two pits on the 480-acre property, which PCCC estimates will produce 84,000 tons of coal annually for a period of 6 years. The reopening of the mine will create 30 full-time jobs — the first new mining jobs the state has seen for over a decade. The fuel will serve the Ash Grove Cement Plant in south Seattle, as well as the Lehigh Cement Plant in Delta, British Columbia.

The site, which lies within watersheds for both the Green River and Sawyer Lake, will be monitored on an ongoing basis by the Department of Ecology, which accepted PCCC’s water quality permit in May. But the U.S. Office of Surface Mining Reclamation and Enforcement, which recently completed an environmental impact assessment, expects no significant impacts related to future mining activities.

The effects of the EPA’s recent actions are becoming apparent, and the coal industry is making a comeback. But no mining operation can achieve optimal performance in its day-to-day operations without the implementation of an effective dust control strategy.

Following its proper application, our patented synthetic organic dust control product EK35® settles into the surface and binds particulate matter together to capture dust as soon as it’s generated, improving the quality of the air while structurally reinforcing essential haul and access roads.

For over 40 years, Midwest Industrial Supply, Inc. has been helping mining companies implement environmentally friendly solutions to the unique challenges of their worksites. We’ll work directly with you to develop and implement a Managed Service Program that addresses your particular needs and fits your budget.

As coal returns to the Pacific Northwest — and the rest of the country — Midwest is here to help mining companies meet all of their dust control needs.