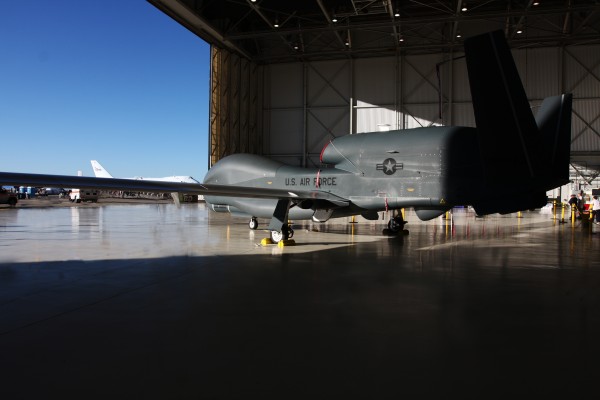 Various drone airstrip additions and changes have been proposed at the Yakima Army Training Center in Washington State. The main purpose of these proposals is to increase aviation safety, preventing future landing accidents from occurring. Among the proposals is a push for gravel runways, which may offer aircraft a safer landing.

In July, the Yakima Army Training Center introduced new leadership with the appointment of Lieutenant Colonel Jason Evers as the center’s new commander. Colonel Evers has served in the army for twenty years, most recently with the District Corps of Engineers in Missouri. Colonel Evers has turned out to be the right leader to expand the training center with new airstrip proposals.

According to the Daily Record, among the proposed changes to the training center is the construction of a new airfield for the unmanned aircrafts that many soldiers use to train for combat. This proposed airfield would allow servicemembers to cease using a shared facility, giving them more space and freedom.

This new airspace would also have a parking lot, allowing soldiers easier access and, consequently, the ability to train more frequently. Along with building skills, the army believes that a new state-of-the-art training space will attract new recruits.

The Daily Record says the army has three sites in mind, and after conducting some environmental impact studies, it has concluded that the construction’s effects would be minimal on the surrounding area.

To secure the community’s approval, the army has published these environmental impact studies and made them readily available at Ellensburg Public Library and online at the Corps’ Seattle regional website.

According to the Yakima Herald, residents of the surrounding community complained about drone training noises increasing last month. This increase in noise disturbances is not due to a rise in training, but to bad weather that’s recently plagued the Yakima Valley. The weather has since calmed down, taking the volume from the airfields down with it. The quick and simple resolution of this one immediate issue portends the minimal impact the training center will have on the surrounding environment and community.

The army plans to build a site containing a long paved surface and gravel overruns extending from the runway. The parking lot would also be made of gravel. All flight activities would be required to take place within the proposed airspace, though the drone model that soldiers already train with has a 68-mile range.

The push for these proposals is borne out of a history of drone accidents that the army is trying to cut short. The army notes that 26 accidents that have occurred during training or accidents, but none from 2005 to 2009 resulted in fires.

Gravel as the Right Choice

As stated earlier, while the main airstrip will be paved, the overruns and parking lot will be made of gravel. Importantly, the pavement will create a smoother landing for drones, but the gravel will keep water and other substances from making the pavement too slick. Gravel will also help cool down the airstrip in the summer months, helping to prevent drone fires.

Utilizing Midwest’s Fines Preservation® Program for the runways gravel overruns and parking lots will keep the gravel surface from deteriorating, getting the most out of the gravel’s potential. Our Fines Preservation Program also locks in stray dust, keeping visibility high during takeoff and landing.

In all, the proposals are not only simple and easy to implement, but highly beneficial. As drones are controlled not from the inside, but from an outside remote, training soldiers to use them is incredibly important for not only the future of the army, but for the future of the United States as well. With their low environmental impact and important safety benefits, the Yakima Army Training Center’s proposals should pass with flying colors.