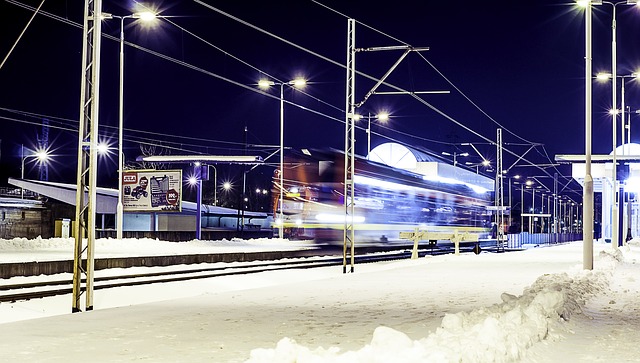 Severe cold weather and snow wreaks havoc on public transportation. Transit authorities must take preventative measures throughout the year to keep the city operating during the coldest months.

Snow Storm Jonas saw record-setting snowfall on the East Coast, according to Weather.com. This year, Boston and other cities have taking action to keep their trains running, no matter what winter throws at them. From basic maintenance to the purchase of new equipment, transit authorities are investing time and money to prevent closures and major travel delays. Here are some tips and tricks all transit authorities should take note of.

Plan for the Worst

In Boston, the winter of 2014-2015 broke 108.6 inches of snow, a new seasonal record. Following that unprecedented total, the Massachusetts Bay Transportation Authority (MBTA) began implementing an $83 million winter resiliency plan in June, as the Boston Globe reports. The plan includes essential steps for any city with public transit that will likely to experience a cold, snowy winter.

Cold weather poses unique problems for railways as melting snow and ice can cause major electrical components to short out, as Wired explains. Compacted snow also jams mechanical switches and blocks the circuit, prevents them from functioning properly, and prevents the train from traveling over the switch.

The most important first step for rail services is to be sure that equipment and infrastructure are up to snuff. The MBTA started replacing electrified third rails on the subway lines, which last year had to be manually dug out. Trains draw their power from the third rails, and the new rails are tapered to prevent any accumulation of moisture as the heaters melt snow. This will help trains from stalling, as will fences to block snow drifts and more plows at the MBTA’s disposal.

Having the proper equipment is key to keep transportation services running smoothly in spite of the weather. Several tons of salt should always be on hand, along with salt spreaders. Most transit authorities have snow clearing equipment, such as plows and converted tractors to clear the rails, but the MBTA lacked such tools last winter. This season, they will have access to 75 new vehicles, including tractors and front-end loaders.

Also crucial is a practiced winter service plan, like this one from the Southeastern Pennsylvania Transit Authority (SPTA), that maximizes coverage and alleviates heavy numbers caused by delays. Preventative measures are necessary to combat the precipitation before it ever arrives. And these measures came in especially handy after Snow Storm Jonas blew threw the area.

Help inform your commuters, too. Travelers who are dressed appropriately, know how to use the transportation services, and know possible alternative routes will be much happier than those who are underprepared. Being able to quickly notify commuters of any change in services will help these plans operate more successfully. That’s where apps and social media sites like Twitter and Facebook come into play.

No Ice Means No Problem

Deicing and anti-icing gear will make the actual removal that much easier and keep commuters safe. From 1995 to 2005, snow and ice accounted for almost 19 percent of railroad weather-related accidents. Proactive preventative measures can help mitigate those risks.

Applying anti-icing solutions to tracks addresses the problem before there is one. Midwest Industrial Supply, Inc.’s Ice Free Switch®, which was codeveloped with NASA, is both more efficient than rail heaters in keeping ice from accumulating on tracks and less of a headache to maintain, as the electric heaters depend on an active power grid. With ice off the tracks, trains can run more smoothly, people can get where they need to be, and even the fiercest winter won’t mean a total rail shutdown.