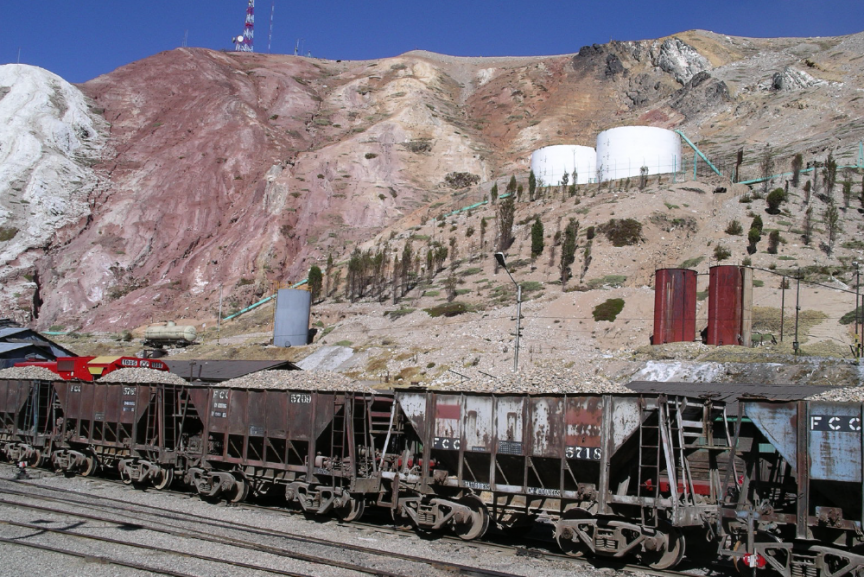 A copper boom in South America has stimulated investment in the region’s mining infrastructure, including rail projects to help transport raw material. How can mining companies on the continent prepare for continued spikes in demand?

Copper production has seen an unexpected surge in South America, and the continent’s biggest mining companies are scrambling to cash in. Peru, the world’s second-largest producer of copper, saw its output rise 3.6% year-over-year between last January and last November. Chile’s copper sector is seeing similar success, and projects a steady 13.9% increase in production by 2028.

These bullish forecasts on production is sending demand for copper skyrocketing throughout the region. And the mining industry is responding with heavy investment in the region’s infrastructure.

If the forecasts are to be believed, these bets on South American copper may pay off sooner rather than later.

Probably the biggest factor driving the meteoric growth of South America’s copper sector is domestic and foreign investment, which has boosted demand for the metal despite falling ore grades.

In recent years, Chile’s state-run copper mining company Codelco has committed to a five-year investment and expansion plan, while the Anglo-Australian giant BHP will spend $2.46 billion to keep the Spence mine in northern Chile operational for the next 50 years. Meanwhile, Peru’s Toquepala project (the fifth-largest copper mining operation in the world) expects that an ongoing expansion will boost its production by 10,000 tons each year.

If these investments go as planned, Chile forecasts that it will produce 6.32 million tons of copper by 2028, while Peru expects a minimum of three million tons by 2021. In part because of this considerable potential, the price of copper reached a four-year-high late last year.

South America’s copper boom has also prompted the government of Peru to develop a plan for a $2.4 billion, 600 km railway project between the Andes and the Pacific coast. The proposed route would simplify transportation between its leading mines and its primary ports.

The railway would begin at the MMG Ltd mine Las Bambas before traveling past several other mines set to begin operations in the near future, including Southern Copper Corporation’s Los Chancas and First Quantum Minerals Ltd.’s Haquira.

If constructed, the project would expedite transportation for Peru’s miners and offset the dust levels generated by trucks on haul and access roads. A major component of President Pedro Pablo Kuczynski’s effort to renovate Peruvian infrastructure, the project will be covered by a mix of public and private funds.

Safety And Efficiency All Around

But even with some of the burden of transport being shifted to railways, haul and access roads that aren’t properly treated for dust control will become a major liability at mining sites where production is spiking as rapidly as it is in Peru. A lack of dust control leads to potholes and rutting that can damage vehicles, as well as large plumes of dust that can put the health and safety or workers at risk.

With over four decades of experience in the mining industry, Midwest Industrial Supply, Inc. has the expertise needed to ensure that mining operations around the world are protected from the hazardous effects of airborne dust.

Our patented Synthetic Organic Dust Control product EK35® uses a unique binding system to lock road fines into the surface as soon as they’re generated. And because it works by binding the material within your road’s native soils, it can be applied nearly anywhere, usually without the need to haul in expensive additional aggregate.

Regardless of your worksite’s needs, Midwest can work with you to develop a dust control program that’s suited to your company’s needs. As copper mining continues to thrive in South America, Midwest stands ready to help any company in the region maintain its operations as efficiently as possible by keeping airborne dust down on its haul and access roads.