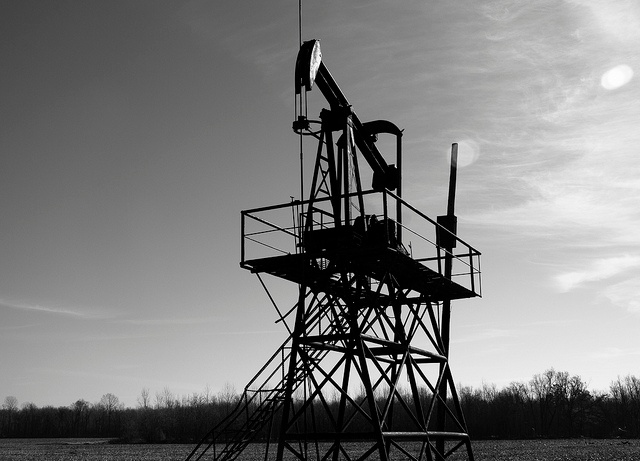 We explore the methodology behind Ohio’s Road Use Maintenance Act and how the agreements within will impact roads, companies and communities.

When companies drill for oil and natural gas, heavy trucks lumber down highways and streets that lead to the well drilling pads. Vehicles go back and forth between sites, hauling heavy sand, water and chemicals, sometimes making thousands of trips.

An article in the Canton Repository details these damages, noting the impact of heavy construction and drilling equipment used in oil and natural gas drilling. Unsurprisingly, the asphalt begins to wear away and potholes are carved into gravel roads.

This is where Road Use Maintenance Agreements (RUMAs) come in. RUMAs occur between the county or township engineers and the oil and gas company using the roads. Ohio’s RUMAs seek to fight this by making sure that the roads are preserved and restored.

As Canton Rep explains, state officials worked to draft these legislations in order to maintain the state’s infrastructure. Midwest has further aided these efforts to rebuild roads. In one situation in particular, a road could not handle the traffic it experienced, so Midwest worked to stabilize it. Midwest offers solutions, such as basic dust control, stabilization and full-depth reclamation.

Harrison County in particular has recently enacted steps to ensure that drilling companies agree to repair roads, according to WTOV9. Here, oil and gas companies that use roads for pipeline construction, compressor stations and well pads have to sign a RUMA to provide safeguards for the community and its roads.

County officials have written over 40 agreements to keep residents safe and roads in good shape.

A model RUMA was prepared several years ago and has been modified to include stipulations like this as the E&P activities increased and more wells were built. A typical RUMA cover can mandate for protection on everything from proper snow removal to roadside mowing and general repairs.

In fact, Doug Crabtree from the county engineer’s office cites that officials want the roads to return to original, or even better condition than the shape they were in before drilling companies entered the equation.

And they’re effective, says Canton Rep. According to the state, the legislations have been a success. This April, the Ohio Department of Natural Resources and Ohio Department of Transportation released a report going over the potency of Senate Bill 315, the bill that shaped RUMAs.

It found that in more than a year, agreements were reached with 36 companies. In Ohio as a whole, there were 245 RUMAs that addressed 355 well pads. Carroll County has 110 agreements with three drilling companies and 415 agreements concerning pipelines.

Although officials have acknowledged that the process is at times flawed, they have still advocated the use of RUMAs to address obstacles. In fact, they have called it a “mutual tool,” allowing oil companies to work together with the government to achieve shared goals.

“It’s to their benefit, also,” Crabtree explained to WT09 about the RUMA in Harrison County. “They need to get the product out, and the only way they can make money is to get it to market. So everyone has been working very well together to get things out to market and put back in place where everyone can travel safely.”

Part of this success comes from the format of the stipulations, which stresses preventive measures rather than reactive (can use another word) ones. The RUMA in Harrison County indicates that road work must be completed before the road gets used again and it experiences traffic.

As Crabtree explains, if the roads are consistently maintained and built so they can handle traffic, road maintenance itself becomes a null point.

But there are some kinks that still need to be worked out. Although the county benefits from companies paying for road work, the county also pays more attention to maintenance and upkeep. The agreements need to be enforced and adapted, so practices can be improved upon as drilling efforts grow, as Chris Kiehl from Carroll County told Canton Rep.

In Harrison County at least, according to WTOV9, Crabtree assures that they will continue to modify the agreements as needed.