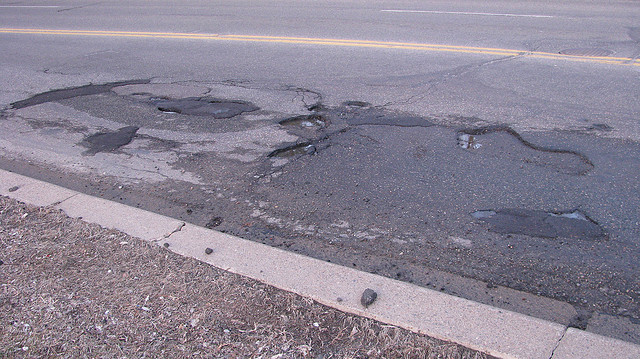 Despite having some of the highest transportation taxes in the U.S., California also has some of the country’s worst roads. And yet, the future of their roadways may not be so bleak.

According to the most recent Annual Highway Report, California ranks in the bottom-five for worst-kept roads in the nation. And these poor road conditions have left many Californians scratching their heads — they’re also subject to some of the country’s highest gasoline taxes.

According to an opinion piece in the Sacramento Bee, this situation doesn’t quite add up: if citizens pay so much for road maintenance, why isn’t more funding directed towards roadway upkeep? There is one thing that’s clear, however — California has an abundance of maintenance problems that could be remedied with efficient and cost-effective solutions.

The Source of the Problem

First, it’s important to explore just how California’s roads came to be this way. In a San Jose Mercury News article, author Gary Richards explains that a misappropriation of tax dollars, combined with extremely high traffic rates, has left roads across the state bumpy and beaten. Unfortunately, motorists end up bearing the brunt of these conditions — vehicle maintenance and driving-related costs can exceed $2,200 a year for each individual owner.

While Californians already pay a pretty penny for their underserved roads, some argue that they should be paying more. California’s gasoline tax hasn’t risen since the early 1990s, which means that it hasn’t kept up with inflation. Coupled with increasingly fuel-efficient vehicles — which drive down actual gas tax revenues — these low taxes have led to a woefully underfunded transportation department. And yet, the prospect of a tax increase unsurprisingly remains wildly unpopular.

While legislators may understand that maintenance is imperative, a state that’s developed as rapidly as California demands an overwhelming number of new infrastructure projects. And continually putting off maintenance on underserved and overburdened roadways will ultimately make matters worse and drive up costs for taxpayers. The key to this dilemma is maintaining roads in an efficient and cost-effective manner.

But instead of paying the exorbitant costs of asphalt road repair, many municipalities are reverting to gravel to save costs. As it turns out, stabilizing and maintaining a gravel roadway is more cost-effective than trying to salvage perilously degraded roads. Some companies are now offering services to make that transition an affordable and environmentally sustainable reality.

Midwest Industrial Supply, Inc. provides innovative, cost-effective products to address every unpaved road building need, and their Natural Paving solutions cut the cost of traditional road building by stabilizing and enhancing gravel, limestone, and most native soils. Clients are left with a pavement-like, durable, and skid-resistant surface that won’t degrade like untreated roads.

And more than affordable, their products are certified environmentally friendly, and stand up under a range of extreme temperatures — Midwest has completed projects in locales as disparate as the Northwest Territories and the Mojave Desert.

In a world filled with innovation, there are plenty of effective alternatives to asphalt paving — Midwest’s industry-leading R&D team has proved that for over 40 years. By selecting affordable products from Midwest, California’s maintenance burden could be made a little lighter — and taxpayer’s pockets all the more heavy.