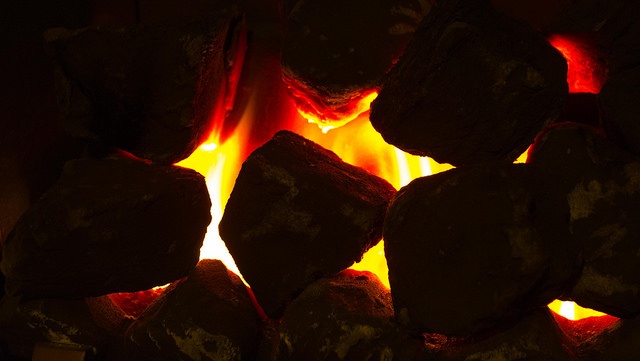 Coal’s propensity to burn is what makes it such a great source of fuel. Unfortunately, it’s also what makes storing and transporting the resource such a challenge.

Ever since there has been coal mining in North America (even before the United States as we know it existed), there have been accompanying coal fires. Around the world, too, these fires have posed a pervasive threat, with significant consequences on an environmental, economic, and human level. Preventing the blazes requires a diligent approach and the right solutions.

Unfortunately, coal fires have been burning since humans began digging coal out of the ground. In India, the earliest recorded incident of such a blaze was in 1865, and they continue to be reported today. There are presently more than 100 coal fires burning in China, and it’s estimated that as many as 200 million tons of coal are needlessly burned in the country every year.

The United States has its own colorful history with self-combusting coal, most notably aboard the USS Maine, which exploded in 1898 while docked in the Havana harbor. Believe it or not, a Spanish mine was blamed and used as justification to start the Spanish-American War. It took almost a century, but historians eventually determined that the blast was almost certainly caused by self-combusting coal ill-fatedly stored near ammunition and explosives.

Coal fires are still very much an issue in the United States today. As of January 2013, there were more than 200 such fires currently burning in the U.S. One such blaze is the Centralia Mine Fire in Pennsylvania, which has been continuously burning since 1962.

Coal’s ability to heat up and combust on its own is a naturally occurring phenomena, but one that also has mitigating factors. The process is caused by oxidation, and is more likely to occur in certain types of coal. Lignites, subbituminous and brown coals are at particular risk, which only increases with the quantity and length of time they’re stored for. These types of coal are frequently extracted from the Powder River Basin in Montana and Wyoming, and have been known to spontaneously combust in railcars and stockpiles.

Once a coal fire is started — and particularly if the heat is not sufficiently dissipated — it can continue to burn almost indefinitely. As long as the coal is exposed to a steady supply of oxygen, the rate of oxidation will increase with the temperature, creating a “thermal runaway.” This is what makes fires like the one at Centralia Mine so difficult to extinguish.

As recently as the 1960s, reject coal would commonly set itself ablaze. In response, workers would simply dig it up and let the dump piles burn before compacting them later, Froneirsman. Now, however, there are more sophisticated measures available that are making the industry safer than ever.

While the mechanics of spontaneously combusting coal are still not fully understood, we do possess the knowledge and tools to prevent these fires. When it comes to the mines themselves, proper construction and layout of the space — including appropriate ventilation — are paramount. Maintaining diligent upkeep through regular cleanings also greatly reduces the risk of spontaneous combustion, as does installing infrared sensors and linear heat detection systems to help catch a fire early on.

Mine operators have plenty to worry about, but with the help of Midwest, spontaneous combustion doesn’t have to be one of them.