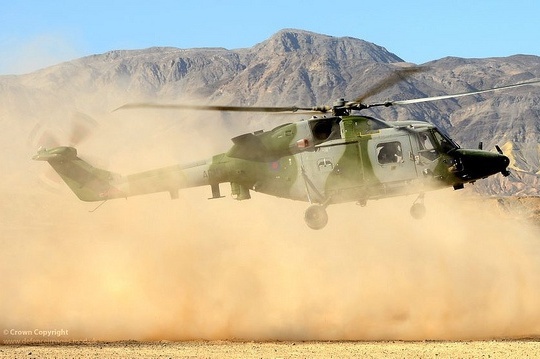 Brownout–or obstruction of pilot vision by dust–threatens passenger and pilot safety. Dust control on helipads is crucial for safe operations.

As Whitefish, Montana, considers establishing permanent helipads for agricultural use, its directors should remember that proper construction and planning are essential. The Daily Interlake reports that the helipad surfaces will be constructed from dust-proof material.

When a helicopter kicks up dust at takeoff or landing, brownout restricts the pilot’s vision, causing spatial disorientation. Pilots become unable to see the ground and sometimes crash. Some pilots have compared landing in a brownout to parallel parking with one’s eyes closed.

Furthermore, rescue efforts during brownout crashes are also difficult and can be delayed because of DVE. When one U.S. helicopter crashed in 2003 in Iraq, Chief Warrant Officer 4 Kenneth Ballard told Milwaukee Journal Sentinel, gazing at the flames and smoke rising 800 to 900 feet in the air, that “it was painful to see a crashed aircraft, because I didn’t know if the men were out.”

In military operations, enemies take advantage of the impaired visibility for positioning. Exposure to dusty conditions not only poses a health hazard, but also wears out personnel and morale.

Wherever helicopters take off and land, dust must be regulated for safety and maximum effectiveness.

Blackhawk military helipads use Midwest Industrial Supply’s Soil-Sement®. These sites had temperate or desert climates, wind blasts over 100mph, and surface temperatures of 120˚F. Soil-Sement effectively controlled dust for periods ranging from 90 days to 12 months before reapplication. Even in desert climates, dust was effectively controlled, reducing brownouts and loose dust.

Midwest produces various dust control solutions for helicopter dust that have been tested by experts. They include Soil-Sement, EK35®, and EnviroKleen®, which the Arizona Army National Guard uses at training grounds.

Contact us for more information on our dust control products to create a safer, healthier environment for these operations.