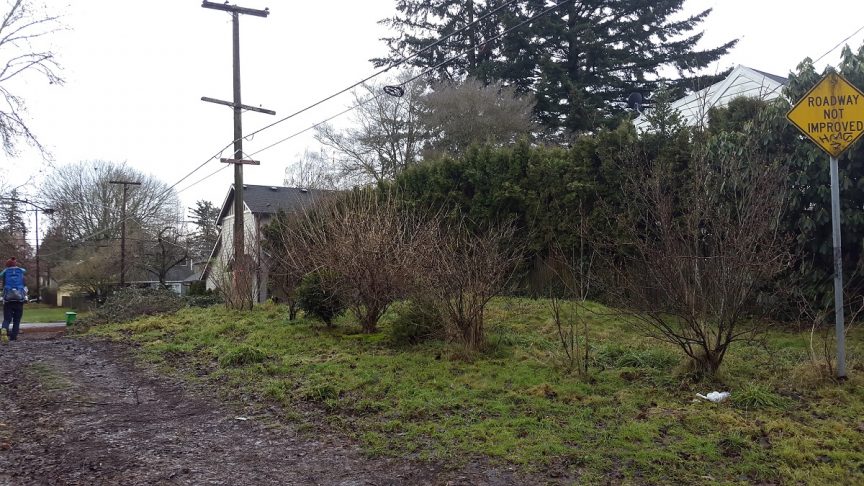 With many of Portland’s unpaved roads in sore need of repair, where will the city find the money to renovate them?

Many people think of Portland, Oregon as a trendy place to live, but many Portlanders find that life in the City of Roses isn’t so smooth.

With 50 miles of unpaved roads and 200 miles of streets lacking curbs and sidewalks, Oregon’s largest city can be a challenge to navigate for drivers and pedestrians alike. Local authorities have worked tirelessly to develop a comprehensive paving program for the city’s unpaved surfaces, but a lack of funding has stood in the way of executing that plan. With spring showers on their way, the city’s residents are wondering when their roads will receive these much needed repairs.

In early December, Oregon Public Broadcasting reported that the Portland City Council had postponed a decision to allocate public funds for repairs to the city’s gravel and dirt roads, as well as the streets that currently lack curbs and sidewalks. The delay was largely motivated by the sheer cost of the project, since repairs and maintenance for all roads in need would cost a whopping $1.5 billion.

This isn’t the first time that Portland has attempted to improve its roads and perform other transit-related maintenance. In 2016, the City Council introduced the Local Transportation Infrastructure Charge, a fee applied to people and companies that build on lots with unpaved roads. Intended to generate funding for paving projects, the fee has generated over $2 million in revenue since its inception, but this number is little more than a drop in the bucket.

Portland has explored other sources of funding aside from the LTIC. Under the terms of another proposal, the city’s Bureau of Transportation would partner with the Bureau of Environmental Services to fund road infrastructure improvements and minimize stormwater runoff. The agencies would collectively issue $10 million in bonds to fund paving in neighborhoods in greatest need of repairs.

The plan’s opponents dismiss it as a form of cherry-picking that doesn’t prioritize some of the city’s least-paved neighborhoods and wouldn’t prove cost-effective in the long run. Sure enough, this plan has failed to secure the necessary approvals, and so a solution to Portland’s roads remains elusive.

A Better Alternative: Strengthening the Gravel

While paving over gravel roads is an option for any municipality, it isn’t the only solution to a city, township, or village’s road maintenance challenges. At Midwest Industrial Supply, Inc., we’ve developed an innovative soil stabilization approach to road construction: GreenPave®, a unique natural paving technology that infuses gravel roads with the strength and durability of paved asphalt.

If your village or township is encountering difficulties like Portland is with managing and maintaining its unpaved roads, Midwest can work with you to develop a custom application plan that’s tailored to your community’s needs. From the Pacific Northwest to right here in Canton, Ohio, we stand ready to help municipalities of all sizes keep their unpaved roads intact.