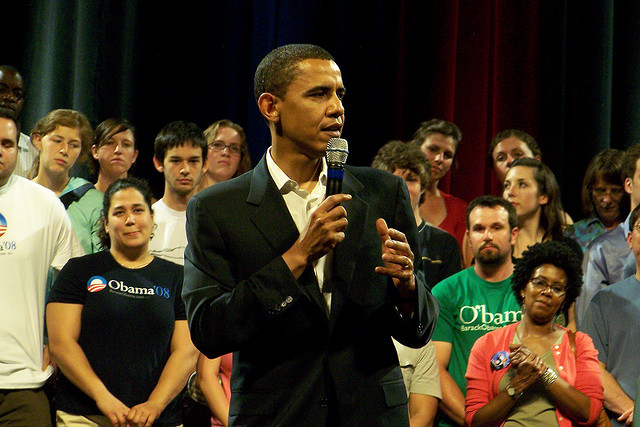 In his latest effort to advance the “War On Coal,” President Barack Obama, along with the nation’s Interior Department, has drafted a proposal that seeks to change how the government collects royalties on coal that’s mined within the United States. The basis of the proposal is to increase the royalty fee that companies must pay when selling coal to an unaffiliated buyer — a practice that has been steadily increasing along with the growing public scrutiny of carbon emissions.

Though this is a move that environmentalists hope will contribute to the decreased rate of global warming, others believe that such a shift would damage a rapidly expanding market that has the potential to enliven the country’s economy. Skyrocketing royalties could not only hinder Americans’ use of affordable electricity, but would also impinge on the burgeoning global market.

America’s coal industry has surged in recent years, increasing our nation’s access to power while also boosting local economies in numerous parts of the country. One of the biggest success stories is the Powder River Basin on the border of Montana and Wyoming, which produced over 350 million tons of coal last year to be sold, according to Bloomberg.

According to the Casper Star Tribune, Charlene Murdock, the spokeswoman for Peabody Energy, recently noted, “It’s hard to find a better value for customers or benefit to the government with substantial and appropriate levels of funding, while fueling affordable, low-cost electricity. The proposed rule creates complex regulatory policy.”

Murdock also mentioned that the mere idea of the proposal being passed has already hurt the market in regions like the Powder River Basin, which briefly enjoyed heightened productivity and prosperity only to see it quickly mitigated.

Furthering frustrations in the industry, such a proposal could prevent the flourishing coal market from expanding into something truly considerable on a global scale. A recent presentation from the U.S. Securities and Exchanges Commission revealed that exports from the Powder River Basin alone could increase from 11 million tons in 2014 to as much as 75 million tons in 2020.

Such a progression would allow for this energy to be made available on a global scale, while also being used as a robust power source for American citizens.

“We believe the rule is designed to inhibit coal exports from the Powder River Basin and could, if unchanged, cost Montana and Wyoming access to a potential 100-million ton export market at a time when declines in the domestic market projected as a result of the Clean Power Plan mean these states could face serious budget shortfalls in the near future,” stated Rick Curtsinger, a spokesman from Cloud Peak Energy.

His sentiment is a popular one, and the negative economic impact of the Clean Power Plan is undeniable.

The reality of the situation is that the negative impact of such a proposal would have worldwide ramifications, especially because it’s materializing at a time when many industry players seem ready and eager to bring safe and convenient energy to people on a worldwide scale.

Several companies have even established ports across the Pacific Northwest in order to ship coal to Asia, and rearranging this system would surely throw a wrench in the process.

According to Bloomberg, Vice President of Cloud Peak Richard Reavy predicted, “There is going to be a market for Powder River Basin coal exports, and this makes for an uncertain operating environment.” Indeed, many companies have grown concerned about how they can proceed with their exports if this measure is passed.

It’s clear that if President Obama wishes to catalyze the American economy and support the coal industry, he must reconsider his proposal. Montana, Wyoming, and the rest of the world will be watching.