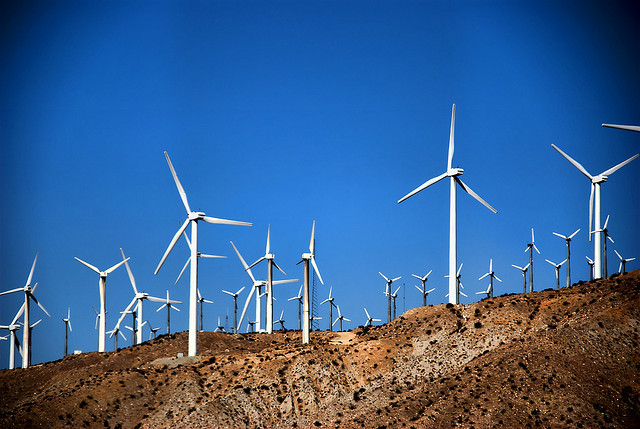 The global demand for renewable energy is heating up. As new technologies enter the fold, copper is poised to play a big role in the industry.

Underlying all aspects of daily life is one metal — copper. As a necessary component for all electrical conduction, both traditional methods of harvesting energy, like coal and oil, and renewable sources, such as wind and solar, rely heavily on copper for their basic operations to keep moving.

As the highest-rated electrical and thermal conductor available, copper ensures the most efficient transmission of electricity, along with minimum waste.

The demand for copper is already high — and as more and more countries invest in producing greater amounts of energy, there will likewise need to be a surge in copper production to meet the raised standards of production. No matter the changes, it seems that the market for copper always remains the same.

A Boon To Metal Mining

Global energy patterns are shifting rapidly, and more people are reliant on electricity than ever before. And renewable energy sources in particular have made serious inroads in the past decade. As Mining.com reports, “Between now and 2040, a massive $8 trillion will be spent globally on renewables.”

As global demand for energy increases, so too will demand for copper. And, since these new energy technologies actually require more copper than traditional methods, new mines may have to open in order to meet rising demand — welcome news for many metal mining companies.

The example of Elon Musk’s Tesla Motors is telling. As his factory sets in motion the mass production of lithium batteries, it will consume a staggering 17 million tons of copper to facilitate the operation. As similar factories increase their output of new technologies — and as our consumption undergoes corresponding, fundamental shifts — the need for base metals will exponentially increase in step.

These new mining industry revenue streams will allow for the expansion of current copper mining sites, as well as the opening of new ones — a clear path forward for much-needed job creation.

Making it a Reality

Global energy consumption forecasts have no doubt been promising for those invested in copper mining — but to make the upsurge in mining production as productive as possible, there will be a need to keep mining sites as safe, environmentally friendly, and efficient as possible.

The importance of doing so cannot be overlooked, especially as increasingly stringent environmental compliance standards come into play.

With four decades of experience in the books, the metal mines of today and the future can rely on Midwest to provide affordable, tailored solutions that ensure mining production keeps up with the shifting patterns of energy consumption.