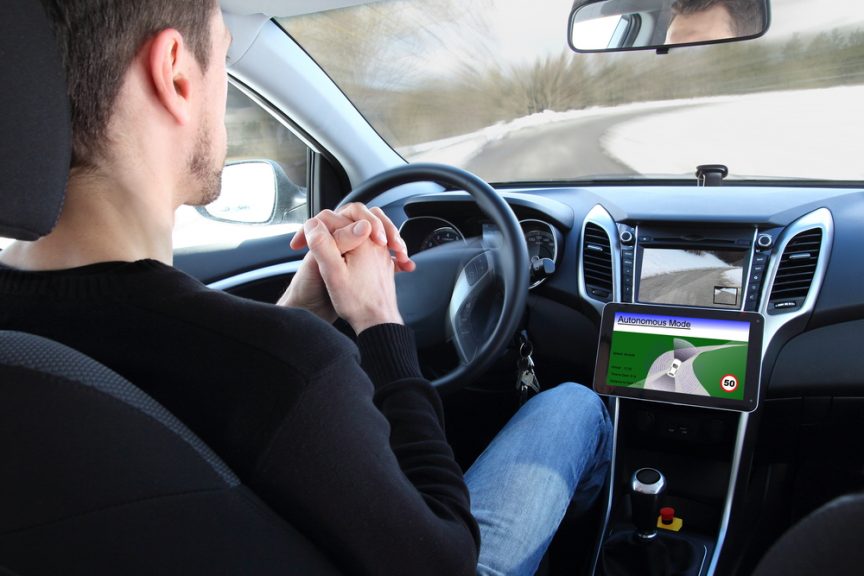 A startup is developing new technology that will overcome one of the biggest obstacles to the rise of the self-driving car: poorly maintained roads.

Self-driving cars are being promoted as the wave of the future — Fortune has predicted that by 2040, 95% of all new cars sold will be completely autonomous. Sure enough, established auto giants and up-and-coming tech players alike are prototyping and testing their autonomous vehicles on roads across the country.

But as these companies race to bring viable self-driving vehicles to market, they’re all coming up against the same obstacle: poor driving conditions.

Automating transit on strong and stable city streets is one thing, but once bad weather and potholes are introduced into the mix, things become a little more difficult for these cars’ AI-powered drivers to predict. Luckily, one startup is developing a technology that hopes to bring far greater navigation capabilities to autonomous vehicles, enabling them to easily traverse roads marred by rutting, potholes, and other hard-to-spot obstacles.

WaveSense, a Massachusetts-based startup, recently announced the launch of a $3 million seed round that it plans to spend commercializing a technology it has developed called ground-penetrating radar (GPR). While most self-driving cars use various forms of radar, including advanced laser-based “lidar” to map out their surroundings, GPR raises the bar by lowering its sights nearly ten feet underground.

GPR sends high-frequency electromagnetic pulses beneath the earth’s surface, then records the picture those waves send back and incorporates it into a 3D database. The resulting map allows cars to account for every pebble, root, pipe, and other underground feature that might impact its ability to drive, giving the AI an even more complete set of information from which to make decisions. The technology has been in use by the military to navigate unmapped territories in Afghanistan since 2013.

“[GPR] will accelerate the commercialization of self-driving vehicles and will significantly reduce civilian autonomous vehicle fatalities,” said Byron Stanley, WaveSense’s co-founder and CTO, in a statement. “That mission has driven our work and our passion for a decade and is what propels us forward now.”

While GPR certainly represents an exciting breakthrough, poor driving conditions present dangers to vehicles of all kinds, both human- and AI-controlled. Any plan to reduce the incidence of auto accidents must work to improve the stability of roads — particularly, rural and unpaved roadways that require regular maintenance to ensure stability and prevent rutting and potholing.

With over four decades of experience building and maintaining durable, long-lasting unpaved roads, Midwest Industrial Supply, Inc. knows how to work with companies and municipalities around the world to bring serious strength and stability to any surface. Our patented soil stabilization agent Soil-Sement® is designed to settle into the roadbed and bind with its natural soils, forming a sturdy and impenetrable surface that captures dust as soon as it’s produced. And because our natural paving technologies use binders that work with the soils already native to your road, it reduces or in some cases eliminates the need to haul in expensive road aggregate.

Groundbreaking technologies like GPR are just one half of the solution that will allow self-driving cars to truly enter the mainstream; the other half will come in the form innovative road building and soil stabilization products like the ones that Midwest engineers and applies.