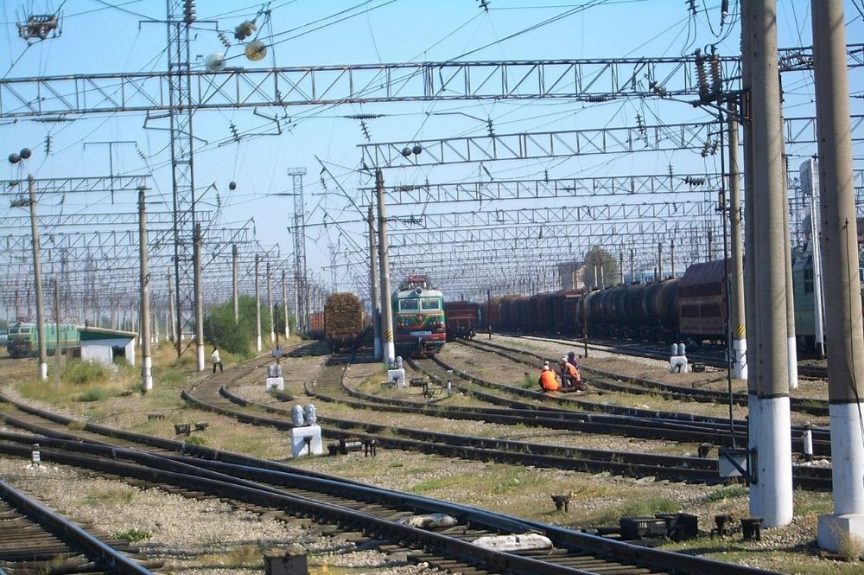 The Silk Road between China and Europe is no longer just a relic of the past — new railroads connecting the two continents have sparked a huge rise in commerce.

As you might recall from your history books, the Silk Road was an extensive network of trade routes between Europe and Asia that dominated international commerce for over a thousand years. The original road collapsed back in the 15th century, but in the last few years, a new route has finally popped up in its stead. What I’m specifically referring to is an unexpected spike in railroad construction between the two continents. The use of these new rail lines has had such an impact on international trade that The Economist recently dubbed it the “New Silk Road.”

Before 2013, overland trade between China and Europe was practically nonexistent. In 2016 alone, however, diesel trains carried a whopping 500,000 tons of freight between the two continents — five times the volume of freight transported in 2013. The trend continued into 2017, when the value of goods transported via rail rose 144% year-over-year. And this significant spike in trade activity is attracting attention from businesses around the world.

The Silk Road comparisons are pretty apt, since China has made a deliberate effort to develop a trading network similar to the Silk Road of centuries ago. The original Road became less useful with the rise of ocean freight, a method that still proves popular today: in 2016, 52 million tons of cargo traveled by sea.

However, since sending goods to ports for export can be prohibitively expensive, China has decided to invest in its inland manufacturers by constructing a brand-new railroad through Central Asia.

While the Chinese are spearheading the project, neighboring countries like Kazakhstan have eagerly joined the cause. Since the route runs through the country’s capital, Astana, the country has spent the equivalent of $3.2 billion on upgrades and renovations to its rail system since 2011.

While this “New Silk Road” has already made a considerable impact, it could offer even greater economic benefits in the future. An expert speaking to The Economist noted that the concept of a major railroad between China and Europe was still considered “a joke” as recently as 10 years ago. Now, Kazakhstan’s national rail company claims it will be able to transport 1.7 million containers between the two areas by 2020, compared to 500,000 in 2016. If the country’s current rail infrastructure is completely modernized, that total could increase to three million.

While expansion of the network will likely decline after the Chinese government halts rail freight capacity subsidies in 2020, the New Silk Road will still likely siphon traffic from air and ocean freight providers in the coming years and decades.

As promising as it may be, the New Silk Road won’t run safely and effectively without quality maintenance, including regular rail switch lubrication. With over four decades of experience in the industry, Midwest Industrial Supply, Inc. has helped operators and rail companies develop coherent maintenance programs that ensure peak performance all year-round.

Patented products like Glidex® thoroughly coat vertical surfaces without attracting dirt or sand, greatly reducing the likelihood of delays, accidents, and maintenance problems. Non-toxic and biodegradable, it lasts longer than graphite or petroleum products and resists freezing in temperatures as low as -40° Fahrenheit. Whether you’re shipping goods across an entire continent or performing routine maintenance on a local light rail system, Midwest can offer you a reliable and cost-effective solution to all of your rail switch lubrication needs.