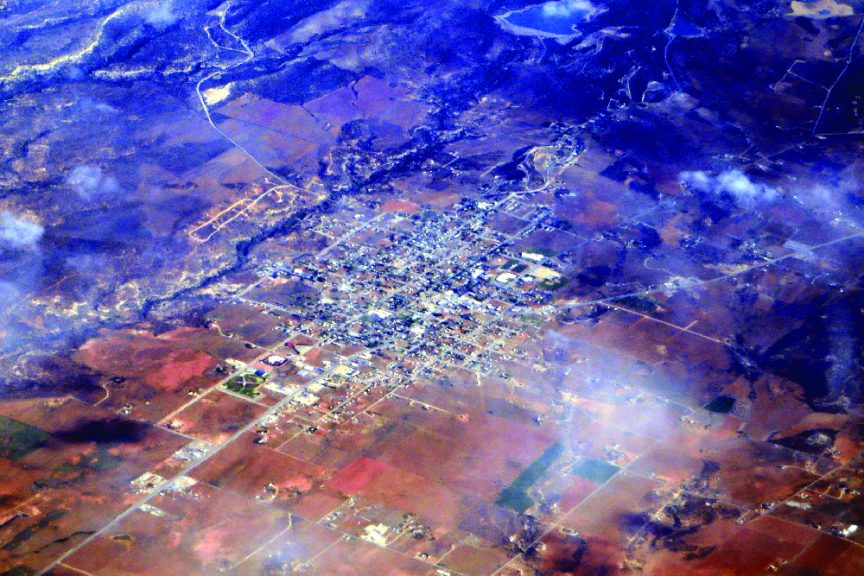 In the American Southwest, a lengthy struggle to adequately maintain unpaved roads has led one community to ask federal officials for much-needed support.

At just over 17 million acres, the Navajo Nation Reservation is the largest in the United States. While its landscapes offer incomparable views, its transportation infrastructure leaves something to be desired.

The reservation’s dirt roads, which represent the vast majority of its transportation system, have deteriorated to such a degree that many are entirely unusable — even for emergency vehicles. Now, Governing magazine reports that the Navajo Nation has asked federal and local representatives for help.

Just one-fifth of the reservation’s roads are currently paved, while the remainder are almost all dirt. Many of these are so poorly maintained that most vehicular traffic kicks up substantial dust clouds, even at speeds as slow as 20 miles per hour.

Aside from damaging the surrounding environment and limited visibility, the excessive dust on these roads offers a sign that they’re steadily degrading. And because the Navajo Nation is so spread out, its road infrastructure is critical, and damaged roads can leave residents stranded without much-needed supplies.

A Bumpy Road to Funding

The primary reason behind the Navajo’s deteriorating road infrastructure comes down to a lack of government funding and oversight. The Bureau of Indian Affairs allows dirt roads to be graded four times per year, but largely lacks the funding for more extensive repairs. At the same time, state and federal authorities have historically contributed little in the way of aid.

In recent years, the Navajo have sought legislation designed to save their roadway infrastructure. And in Utah’s San Juan County, government leaders have drafted plans to repair the reservation’s roads.

In 2015, Representative Jason Chaffetz requested $1.5 million in repairs to the reservation’s roads, but the legislation failed after the Department of the Interior stated that the funding would need to be evenly allocated to every reservation in the United States.

While legislative efforts remain a work in progress, these are at least promising signs that the Navajo may find relief from their transportation woes sooner rather than later.

As the Navajo Nation continues to seek funding for improvements to their roadways, more effective, long-term solutions exist today that could transform their dirt roads into durable, dust-free thoroughfares.

With over four decades of experience stabilizing unpaved roads and keeping them dust-free, Midwest Industrial Supply, Inc. has the necessary expertise to help villages and townships across the country solve their road maintenance challenges.

Our industry-leading soil stabilization product Soil-Sement® binds with the road’s native soils to create a powerful surface that resists heavy use and heavy precipitation alike. When applied correctly, Soil-Sement can eliminate fugitive dust emissions, increase the road’s load-bearing capacity, and prevent moisture from seeping into the roadbed, leaving your community with a surface as durable as paved asphalt.

Regardless of your community’s specific needs, Midwest can work with you to develop a custom application strategy or managed service program that ensures peak performance and reduces maintenance costs for your village or township’s roads.

From the deserts of Utah to the heart of Alaska, Midwest is here to help you solve your maintenance challenges and transform unpaved roads into the critical community infrastructure they should be.