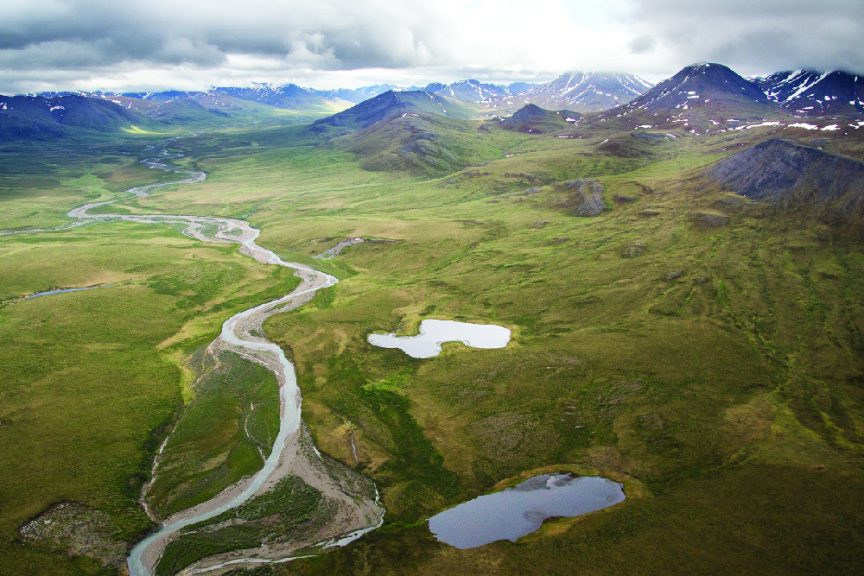 China is among the world’s largest consumers of natural gas. A new pipeline in Alaska could help the Last Frontier meet the asian country’s continually rising demand.

At the end of last year, Alaska Governor Bill Walker signed an agreement with a group of Chinese investors to fund construction of a pipeline between the gas fields of the North Slope and the Kenai Peninsula, just south of Anchorage. The gas would be transported directly to the peninsula and liquified before their final shipment.

If completed, the North Slope pipeline would open Alaska’s lines of natural gas production to China, Japan, South Korea, and other thriving markets, revitalizing the local economy in the process. While the project won’t break ground until sometime next year, its progress has been nothing short of a godsend for the state.

After lengthy negotiations that began last May, the state of Alaska reached an agreement with China Investment Corp., CIC Capital Corporation, Bank of China, and the Chinese oil and gas company Sinopec. The state-sponsored Alaska Gasline Development Corp. will claim majority ownership of the project, and Sinopec will purchase the gas. 75% of the liquefied natural gas (LNG) will go to China, while Alaska will sell the remaining 25% to other countries.

A Saving Grace For Alaska

While the project still needs to clear some hurdles before construction can begin, the agreement stipulates that any contracts related to the North Slope pipeline will be signed by the end of 2018, with construction beginning the following year and concluding in 2024 or 2025. For its part, the state plans to invest whatever it can to ensure its success. Indeed, it’s already committed to building a railroad along the line serviced by three trains and a gas treatment plant to support the 800-mile long pipeline, which should have an annual capacity of 20 million tons of “liquefied product.”

With Alaska’s natural gas sector set to significantly expand in the coming years, energy companies in the state will need to ensure the roads leading to and from their facilities are intact and stable year-round. The proper implementation of an effective soil stabilization program can help them suppress fugitive dust emissions on their access roads throughout the year and prolong those roads’ service lives for decades.

That includes our patented Soil-Sement® product, which settles into the aggregate and mixes with the native soils to form a sturdy and impenetrable surface that traps dust as soon as it’s generated. This increases the surface’s load bearing capacity, offers greater resistance to precipitation and extreme temperatures, and eliminates the need for watering.

Midwest can provide your company or worksite with a customized application plan or managed service program that’s specifically tailored to your needs. As Alaska’s natural gas sector prepares for sudden spikes in production, Midwest stands ready to help producers achieve their goals without sacrificing performance.