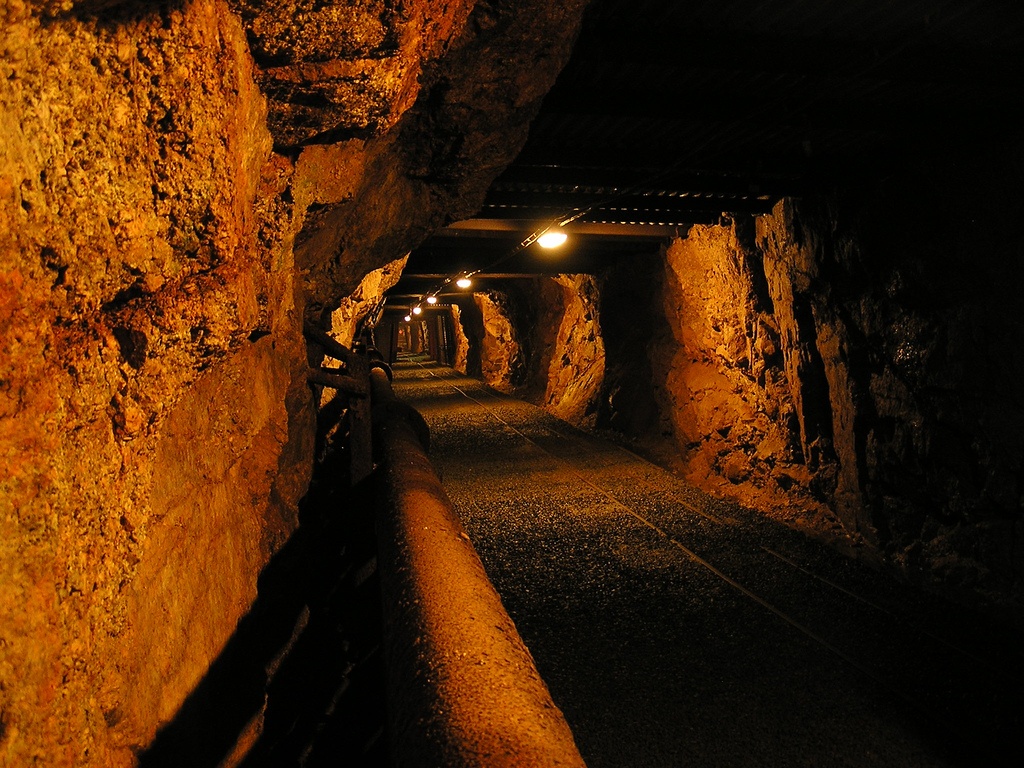 Cripple Creek & Victor Gold Mining Co. hopes to strike it rich with a return to underground mining at Colorado’s largest gold mine.

Over a hundred years ago, thousands of miners flooded into Teller County, Colorado to stake their claim on land rich with gold ore. Today, Cripple Creek & Victor Gold Mining Company (CC&V), owner of the state’s largest gold mine, continues to dig in the same area, using a process called open pit mines, as described on Great Mining.

According to Ryan Maye Handy at The Denver Post, the company is looking to begin new underground mining operations for the first time in over two decades, with the hopes of uncovering the wealth of ore that inspired the original settlers.

A Return to Underground Mining

Cripple Creek, owned by the South African company AngloGold Ashanti Ltd., ceased its underground mining operations in the 1980’s in an effort to concentrate solely on open pit mining. This method is particularly useful when the minerals, or gold in this case, are located near the earth’s surface.

Open pit mines can continue operating until the ratio of overburden (material covering the deposit) to gold makes the process unprofitable.

According to Great Mining, Underground mining becomes necessary when the ore is located deep underground and cannot be reached through standard surface mining. Once the miners have drilled below the surface, they then must determine the most efficient way to extract the ore.

The company is currently investigating two areas of land for exploitation: one plot to the north and another to the east of the town of Cripple Creek. When asked about the property, Jane Mannon, the company’s Community Affairs Manager, seemed positive about the undertaking: “We’re optimistic, but it is early in the process. Everything is speculation right now.”

While mining in Teller County dates back over a century, it appears that both pieces of land have gone untapped by the mining settlers. “We are finding that we are in an area that didn’t have a lot of historic mining operations,” Mannon added. Regarding the two tracts of land, many are hopeful that the northernmost high-grade area will prove particularly rich in ore.

After having explored the surface through preliminary drilling, CC&V is now planning to open a first portal in either April or May of 2016. The footprint of the operation is expected to remain unchanged even though the company will eventually need more permits.

If the results of the drilling are positive, CC&V will then move forward with the construction of an underground mine. Though it could ultimately be years before these underground mines are fully operational, the company predicts that this new campaign will create over 100 new jobs before 2018.

The potential return to underground mining is just part of a larger expansion undertaken by CC&V in recent years. In fact, the company has spent $585 million over the past three years on improvements such as a leach field, recovery center, processing plant, and high-grade processing mill.

The facility is now 80% complete and scheduled to go online sometime next year. CC&V expects that this project will bring the employee tally up to 600 by the end of this year, with the mine producing 290,000 ounces of gold by the end of 2015. After the expansion, production should grow to 350,000 ounces a year.

However, according to Rick Langenberg of Mountain Jackpot, the deal is far from done and may be made or broken by the price of gold, which continues to drop closer towards $1,000 per ounce. Additionally, some have voiced concerns about the possibility of underground mining accidents.

Yet, while Mannon agrees that significant research is still needed, she has nevertheless expressed confidence in the security of a future mine, citing the accessibility of high-quality technology to ensure rock stabilization and worker safety.

Midwest Industrial Supply, Inc., a leading specialist in dust control and surface management for the mining industry, provides solutions for companies like CC&V that are looking to create safer mine conditions. One of many strategies for underground mines includes Midwest’s Fines Preservation®, a program that prevents the loss of dust particulates from production roads, helping to keep the air clean, safeguard the facility, and protect the company’s most important asset: its people.