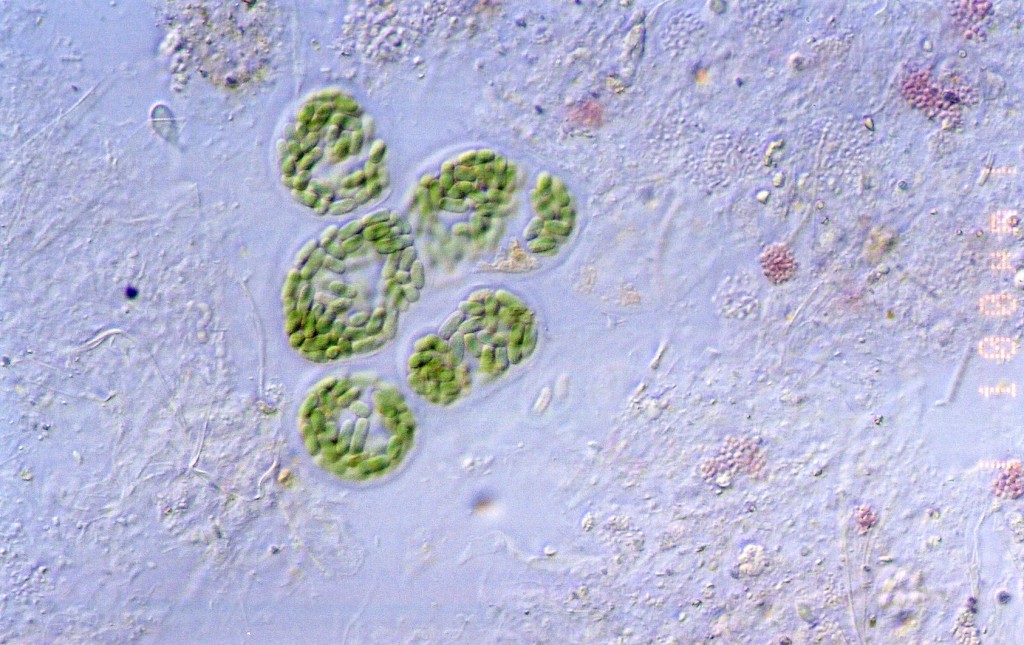 There have been numerous stories about microbial technology revolutionizing dust prevention, but they aren’t necessarily a good thing…

Nature has been using microbes for dust suppression for thousands of years. Cyanobacteria are everywhere, secreting polysaccharides that bind the small soil particles together and therefore reduce airborne dust.

The military and US government were working to develop a cyanobacteria based dust suppressant about 15 years ago. We worked very closely with them, growing bacteria in our lab, harvesting it, applying it to clay to act as a delivery system to arid soils. We learned that it’s not as straightforward as the CEO of one ‘clean technology’ company told the Wall Street Journal.

This company in question, as cited in the national press, has claimed to have developed a technology that uses microbial technology to control airborne dust particles from the soil. The company in question has reportedly created a ‘safe, effective and environmentally sustainable method to reduce harmful dust emissions’ and it has reportedly been validated by a major US university.

The company is not innovative in the use of microbes, but they may be innovative in a targeted delivery system — it’s a nascent technology so I’ll reserve judgement until it has been fully tested by the authorities.

That said, one of the company’s claims got me riled. The press kit claimed the technology would reduce dust emissions, “while eliminating the use of toxic chemicals traditionally used in the dust control industry.”

Really, that is quite an inflammatory statement and factually wrong. We have reams of data showing that the chemistries we use are non-toxic too. You can see the environmental certifications of Envirokleen, EK35 and Soil Sement on the pages highlighted. We also have environmental data reports on all three of the products, showing the third party environmental testing and proving what we say is true.

The Dangers of Microbes

In the last couple of weeks, Toledo, Ohio has been battling against harmful blooms that are threatening the water supply of the region. Guess what caused it? Microbes. Blue green algae is not truly algae, but rather cyanobacteria (a microbe) and these bacteria secrete mycotoxin that is toxic to humans and animals.

Some critics have said the problem occurred because of lax enforcement of pollution regulations under the Clean Water Act. Environmentalists believe the blooms were caused by nitrogen and phosphorus pollution from agriculture and sewage system runoff.

The truth is, it was blooming en mass in Lake Erie, then it was sucked into the water treatment facility and distributed to the residents of Toledo. They were not allowed to use the water until an ‘all clear notice” was issued. Boiling the water did not help, in fact boiling made it worse.

Finding the Most Sustainable Method

Now, I questioned what “the most environmentally sustainable method for controlling dust,” is and began thinking about what this really means.

I pulled this from Wikipedia: “Despite the increased popularity of the use of the term “sustainability”, the possibility that human societies will achieve environmental sustainability has been, and continues to be, questioned—in light of environmental degradation, climate change, over-consumption, and societies’ pursuit of indefinite economic growth in a closed system.”

When I think about any system (microbes, plants, wetlands, families, companies) and longevity I think more of adaptability, not sustainability. The systems that stick around adapt and grow depending on environmental circumstances.

When Nature Can be Dangerous

Microbes are necessary for life, but in excess or in the wrong place, they are deadly. The same goes for so many other things — arsenic and water among them.

Arsenic is readily found in nature, is toxic in most circumstances but is used in treating some diseases, such as leukemia and other cancers and is saving thousands of lives.

Water is readily found in nature, is a necessity for life but when taken in excessive quantities can lead to water intoxication and ultimately, death.

These examples betray the beginnings of nature’s complexity. Even when you try to use nature to make things better, there can also be unforeseen consequences. It’s important to carefully study new biological products and consider their long-term effects before making claims that you are being environmentally friendly.

Being kind to the environment is more than just creating substances that do not destroy wildlife or humans. It’s also about adapting to the present day and ensuring your strategy does not remain static. Constant innovation can solve problems and be kinder to our surroundings.