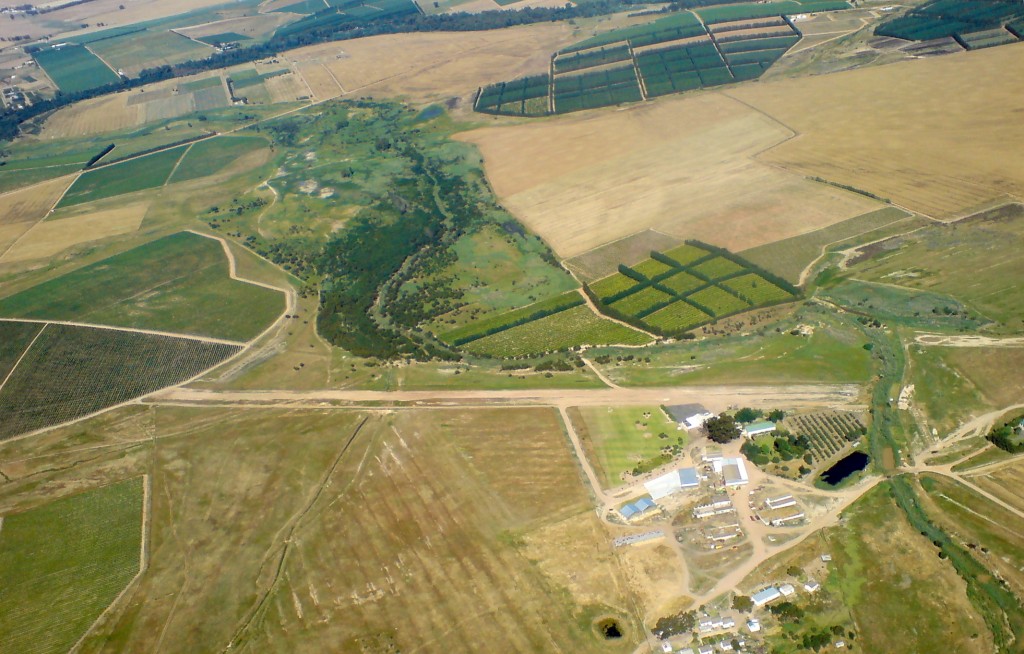 If you manage, own or interact with gravel plane runways, you are well aware that these surfaces undergo severe wear and tear just from normal air carrier taking off, landing and taxing. Runways lose fines, which are what they sound like: minute particles of dust, and with the loss of fines comes a multitude of consequences. Fines are the source of fugitive dust that impacts human health of nearby communities and the source that impacts aircraft operations. Additionally, gravel pieces released from runways cause significant damage to air carriers, affecting aircraft engines and the frames of aircrafts.

In order to combat the spread of dust particles and gravel pieces, the Alaska Department of Transportation and Public Facilities sought a solution to minimize the loss of fines—an important challenge considering that Alaska has over 300 gravel runways for commercial, charter and private air traffic.

Through a five-year case study, Midwest’s developed methods were taught to and executed by local contractors, gravel runways in both Alaska and Canada, resulting in successful Fines Preservation methods for 19 remote gravel runways operated by the AKDOT and PF since 2001. The method includes application of Midwest’s EK35®, patented Synthetic Organic Dust Control® for gravel surfaces.

EK35 is organic fluid system with a natural pitch/rosin combination binder that agglomerates dust, silt and clay particles, making them larger to prevent them from becoming airborne. EK35 is applied to the gravel to primarily bind the surface together and secondarily increase the surface bearing capacity, which is typically measured in CBR, i.e. California Bearing Ratio. According to Transport Canada, most aircraft manufacturers use CBR to indicate unpaved runway surface strength.

The system is a safe, non-toxic fluid combination that creates no damage to the local environment, people and equipment—approved for use by the U.S. EPA Environmental Technology Verification Program and as non-injurious to aircraft surfaces by Boeing Company’s ‘Evaluation of Aircraft Maintenance Materials.’ Additionally, unlike traditional dust control methods, no water is necessary with application: loose dust and soil particles are interlocked and captured by the adhesive and cohesive properties of EK35, preventing fines from escaping as airborne dust from traffic and wheel friction, all sans water use with application.

Applied at a rate of 1 gallon for every 40 square feet, EK35 improves the surface strength of runways that lasts for one to three years without maintenance. That’s right: no maintenance is necessary because the EK35 fluid system binds to the gravel surface, keeping dust particles and loose gravel pieces in place for years. Depending on the gravel type and the runway’s surface bearing capacity, maintenance reapplication of EK53 occurs every one to three years at a rate of one gallon for every 120 square feet.

In a case study of a runway at Tanana, AK, the AKDOT and PF have found Midwest Industrial Supply’s Fines Preservation performance to be excellent in dust reduction in the time since the initial EK35 application. Measurements of CBR on sections where EK35 was applied have been recorded as sustainable for optimal aircraft performance and long-term surface strength, in contrast to the control sections that received no EK35 treatment. This fines preservation approach is truly a long-term solution to the problems resulting from fines.

No Water Necessary: Why Unpaved Roads Would Benefit From an EK35 Fines
Preservation Program

Traditional dust control methods on unpaved roads include water usage that only provides temporary benefits as a dust suppressant. Applying water to hold down dust particles is just a mitigating method, as the binding of dust particles lasts as little as one hour with rapid deterioration curves. Costly reapplication and wasteful use of water are some of the downsides to this method of dust control on unpaved roads.

Similar to gravel runways, fines on unpaved roads are the adhesive particles that bind together, forming the durable surface layer of the road. Losing fines over time increases road deterioration due to unraveling and pothole formations, which often fill with moisture and sediment that cause further problems for road surfaces. Such problems include reduced vehicle traveling efficiency, increased vehicular wear, dangerous road conditions, heightened dust emissions and elevated costs to maintain road surface integrity.

Paved roads are not options for many counties and townships that lack the resources to maintain them. Thus, unpaved roads are going to remain common, if not more common, as some transportation departments are choosing to return paved roads to unpaved conditions for more affordable maintenance costs.

In 2012, Midwest and the Road Institute started collecting data on unpaved roads in Eastern Ohio and Texas, treating six of the roads with the patented Fines Preservation system. Road surface stiffness and variability in surface were recorded and just like with gravel runways, the treated roads experienced success.