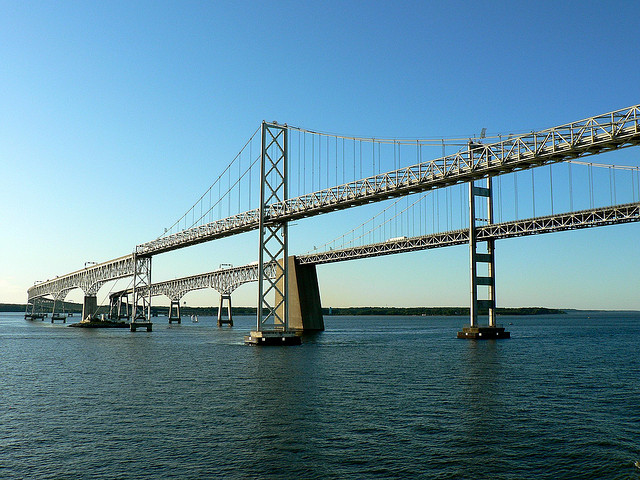 It’s time to quit fracking around. Maryland needs jobs, and shale gas drilling offers the ideal avenue to creating them.

Lawmakers in Maryland are currently debating whether to allow fracking on state lands, and with a fierce debate raging on, it’s hard to tell which way the vote will go.

The state needs jobs for economic growth, but lobbyists say hydraulic fracturing is untested and potentially dangerous, claiming it can cause earthquakes and contaminate water supplies. Let’s investigate these claims, as well as some of fracking’s obvious benefits.

According to the Baltimore Business Journal, the Old Line State experienced zero economic growth in 2013. The figure came from the U.S. Bureau of Economic Analysis, which also put Maryland’s GDP at 49th in the country, unchanged from the previous year.

This gloomy outlook was echoed by Daraius Irani, chief economist of Towson University’s Regional Economic Studies Institute. In his address at the annual economic outlook conference, Irani predicted the state’s job economy would continue to be a major issue over the next two years based on its current 0.5% growth, as reported by the Baltimore Sun.

Traditionally, Maryland has enjoyed the benefit of its proximity to the Washington Metropolitan Area, relying on government jobs and money to flow freely into its economy. Recently, however, federal budget cuts have hit the region hard.

Other industries key to the local economy have also been in a slump, thanks to factors such as the pollution and overfishing of the Chesapeake Bay and the mass government buyout of tobacco farms back in 2007. Maryland is in need of some new industrial might, and fracking may just be the answer.

What Is Fracking and What Can it Do for Maryland?

Fracking, the high-pressure injection of treated water underground in order to fracture shale rock and release natural gas trapped therein, has its critics. Some say the chemicals added to the solution will pollute the groundwater, while others point to Maryland’s history of moderate seismic activity as the biggest risk.

Researchers at Maryland Geological Survey are unclear as to which fault lines cause quakes in the state, and are concerned that the deep drilling (six to ten thousand feet below the surface) could disturb the lithosphere.

All that said, none of these claims have ever been substantiated, and many feel that the need to create jobs outweighs the unproven risk. Governor Larry Hogan has hailed fracking as an “economic goldmine” for Maryland in his comments to the Washington Post, and he does have a point — shale gas extraction would provide countless jobs and a bountiful clean energy supply for the state’s residents.

As with any industry that comes with its potential hazards, adopting a best practice approach is key to managing the risks involved. Regular oil drilling is not without its dangers, and there is no need to blanket ban all hydraulic fracturing in the face of some unfounded safety concerns.

With auditing, careful management, and environmental compliance measures in place, it’s possible to run a shale gas operation without any more risk than is associated with a standard oil or gas well.

As Gov. Hogan told the Washington Post, he’d approve fracking in the state as long as it’s environmentally safe. Maryland State Delegate Haven N. Shoemaker Jr. agrees the time for debate is over: “We need to quit fracking around and bring jobs to Western Maryland.”

To answer these questions of worker and citizen safety, environmental responsibility, and economic growth, Maryland’s legislators and fracking operations should turn to Midwest Industrial Supply, Inc.

Midwest maintains and restores fracking site access and county roads while also strengthening compressor site and drilling pads, lowering maintenance costs across the board and increasing the efficiency of extraction activities.

Moreover, our dust control programs will eliminate the contaminating effects of dust and its suppressants on the community’s food, water, soil, and air, keeping the road clear and the community happy.

Midwest can handle a variety of environmental compliance measures, be they state-imposed, or industry best practice standards. Perhaps the best place to start would be a trial run, exploring one fracking site to monitor the impact being made.

Sometimes, the proof is in the pudding, as the only scientific way to close the debate would be to measure the experiment’s effect on the environment. Ultimately, Maryland should make a decision based on the facts and the figures, not on one bit of rhetoric over another.