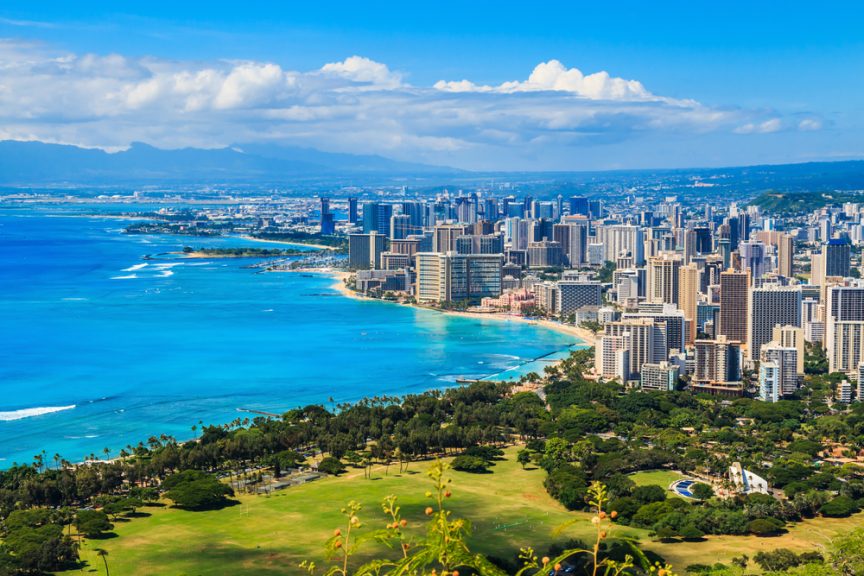 Honolulu’s new elevated passenger rail line — the first fully automated service of its kind in the United States — calls for the next generation of advanced maintenance solutions.

Approved by Hawaiian voters in 2008, Honolulu’s new passenger rail line will be the first of its kind in the city and the first fully automated passenger rail service in the United States. The transit service — managed since 2011 by the Honolulu Authority for Rapid Transit (HART) — is currently under construction, but will connect more than 20 stations over 20 miles of (mostly) elevated rail when it’s fully completed.

Currently, HART officials expect a soft launch for half of the service in late 2020. While the project has faced its fair share of logistical hurdles, the first ten miles of the line are completed and nine stations along those ten miles are set to be finished by the end of this year. Accordingly, HART plans an “interim opening” next year along this western portion of the project, which connects East Kapolei and Aloha Stadium.

More than a decade after its initial conception, Honolulu’s nearly completed passenger rail line will be a boon for citizens, visitors, and local businesses along its service corridor. However, as city stakeholders and transit experts prepare for the system to begin operations, it’s critical that they simultaneously invest in the rail maintenance solutions — such as rail switch lubrication products — necessary to ensure reliable, uninterrupted service.

What the Project Entails

When Honolulu’s passenger rail line is fully completed and operational, it will provide regular service along 20 miles of rail that’s entirely elevated (except for an at-grade portion around Leeward Community College). This service will extend along Oahu’s south shore from East Kapolei to Ala Moana Center, a corridor that HART officials report will be home to nearly 70% of the island’s population and jobs by 2030.

HART’s budget for the project stands at $8.165 billion, which does not account for financing costs. In addition to a statewide excise and use tax surcharge funding 80% of the passenger rail service, the U.S. federal government has committed $1.55 billion to the project. HART recently submitted plans to the Federal Transit Administration (FTA) in order to secure the second half of that commitment — approximately $744 million.

As HART prepares for its soft launch, officials have begun testing to ensure that the first ten miles of the service are fully operational based on their current timeline. In fact, HART has already begun activating and energizing key parts of the service along this portion, including the automatic train display system and five miles of track inside the Rail Operations Center in Waipahu where the trains will be housed.

Additionally, the company that is furnishing HART with the actual trains for the service — Hitachi Rail Italy — activated all 17 automated routes in the Rail Operations Center. This will allow HART to monitor how the service’s groundbreaking automated functionality performs when it’s time to launch the service.

Maintaining Passenger Rail in the Future

With Honolulu’s passenger rail line nearing completion, city stakeholders and citizens alike have a lot to look forward to. The fully automated service will be a first in the nation, as well as a key development for the island’s infrastructure in one of its most populous urban areas and transit corridors.

However, HART officials and other city and state transit decision-makers need to ensure that they’re investing in the right rail maintenance solutions to keep the passenger rail service operational going forward. This will require products proven to work, such as rail switch lubricants built from the ground up by Midwest Industrial Supply, Inc.

Midwest’s Glidex line of rail switch lubricants ensure long-lasting performance on critical railway infrastructure. Applied as a fluid, our lubricants are more effective than traditional graphite and perform optimally in all weather conditions. For passenger rail lines across the United States, Midwest’s rail switch lubricants can help deliver consistent service that riders need and rely on.