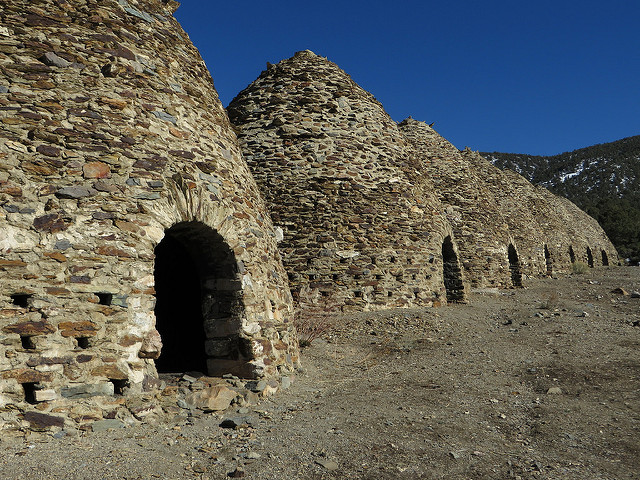 Mining is an integral part of our economy, as well as one of the oldest industrial pursuits in human history. From ancient times to today, civilization owes much of both its luxuries and its essentials to mining.

How much of your daily life is made possible by the byproducts of mining? Sure, you probably appreciate your car and your gold jewelry — but did you know that the computer you depend on for work, your smartphone, and even the electricity running your home on wouldn’t exist without the hard work of the mining industry?

Not only is mining essential — it’s also been deeply entwined with human culture since its beginning. From prehistoric times through today, society has depended on the industry for the materials we’ve used to shape our world.

Mining in the Ancient World

Evidence of mining activities has been discovered from days well before recorded history. The oldest of these ancient mines was found in Swaziland in Africa, where the remains of tools and signs of activities around a soft haematite ore deposit were carbon dated to 41,000 BCE.

The first societies to use metals on a large scale emerged in Mesopotamia around 3500 BCE and Egypt around 3000 BCE, according to the Canada Institute of Mining, which means that mining operations had to grow to keep up with the demand. Egyptian copper mines were mostly concentrated in the Nubian Desert in northern Sudan and the Timna Valley in modern Israel, huge underground operations with shafts up to 30 meters deep.

Mining began to truly evolve with Roman innovations, including aqueducts, according to Ancient History. This architectural invention was used to power mill machines, together creating a prototype for the on-site materials processing center. The aqueducts would also fill large tanks for techniques like hushing and fire-quenching.

Hushing consisted of unleashing the tanks of water into the mine to wash away earth and expose the resource being extracted below. In fire-quenching, water was released from the tanks to fracture rock that had been previously heated. The quick cooling of the stone would cause it to break and reveal vital metals for collection.

In the United States, mining pushed the development of the country forward — and, eventually, westward. The allure of the New World’s mineral possibilities was a major draw for colonists, and England first received a shipment of iron ore from America in 1608, as Legends of America reports. Operations persisted on a small scale, with settlers mining silver, lead, copper, and coal until the middle of the 19th century. At this point, the hot-blast iron smelting technique was shipped over from the U.K., and the coal and iron industry took off to keep up with the new demand.

The Gold Rush of 1849, spurred by the discovery of the metal in the San Francisco area, resulted in $2 billion worth of gold being extracted from the region, according to History. As early pioneers began extracting gold out on the West Coast, people started to settle the area, with prospecting miners hungry for riches driving massive population growth in what would become the state of California.

Most people associate American mining with the coal industry. While coal was used on the continent as early as 1000 AD by Hopi tribes, as Teach Coal explains, large scale mining operations really took hold in the antebellum era with Pennsylvania anthracite coal, which was needed to power locomotives and steamships that were reshaping the nation’s economy, according to EH.net.

By the start of the Civil War, coal industries were present in at least 20 states; by its end, coal firmly established itself as the country’s most important industrial fuel source. And by 1900, the American coal industry had raised 57 million tons of anthracite and 212 million tons of bituminous coal.

Today, the state of mining is just as vibrant as it has been throughout history. Coal and other metals are still essential to our day-to-day lives, and their extraction and production remains one of the most important industries in the world. A truly international pursuit, modern mining techniques are providing emerging economies with an opportunity to join the world market in a major way.

A focus of modern mining practices is the use of the most efficient, safe, and environmentally friendly methods possible. Midwest Industrial Supply, Inc. provides the industry with the best solutions to streamline their operations, especially when it comes to resource management and dust control. Along with increased efficiency, Midwest’s offerings provide a safe environment for everyone — both mine workers and the surrounding community and environment.