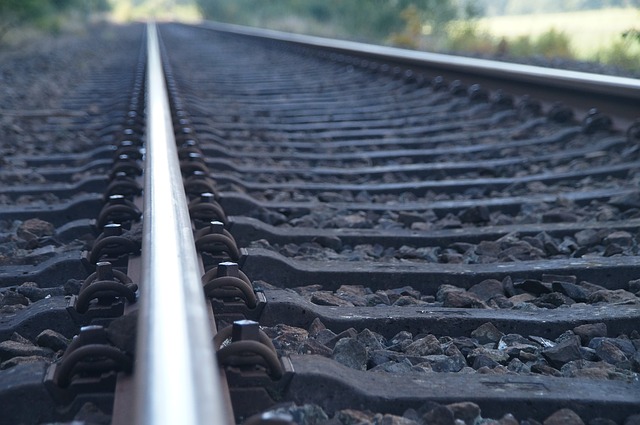 The American rail system has come a long way since the invention of the steam-powered engine — and today, it shows no sign of stopping its incredible progress.

The first common carrier railroad was chartered in 1827, marking the beginning of a truly revolutionary period for the United States. The ensuing economic, social, and cultural changes were driven by the expansion of American railways, which made a level of never-before-seen economic growth possible and solidified the United States’ position as a global force. Today, we continue to rely on the American rail system, as evidenced by the industry’s renaissance of the last three decades.

The first steam-powered locomotive was invented in England, but imported to the United States by Colonel John Stevens, according to US History. And it was Colonel Stevens who acquired the very first North American railroad charter in 1815 to found the New Jersey Rail Company, as American Rails explains. The project was fully operational until 1832, but its commissioning set a precedent for the Baltimore and Ohio Railroad, which was completed five years earlier. In order to compete with operations on New York’s Erie Canal in transporting goods and people westward, Baltimore chartered the first American railroad in 1827.

The construction of a plethora of new rail systems quickly followed, setting the stage for the Golden Age of railroading. By 1840, eastern states had laid over 2,800 miles of tracks, a number that more than tripled to over 9,000 miles only ten years later. It was during this time that large rail companies began to form, as smaller railroads merged to create conglomerates like the New York Central Railroad Company in 1850.

These companies grew at a phenomenal rate, due in part to federal land grants. Still, those grants were awarded based on the real commercial success and general popularity of the railroad system, which quickly reduced average travel times by days.

The Industry’s Rise and Fall

Following seven years of intensive construction, the Transcontinental Railroad was completed at Utah’s Promontory Point in 1869. The system was a combined effort, as the Union Pacific Railroad built westward from the Missouri River, while the Central Pacific Railroad built eastward from Sacramento. Once the two met in the middle, the railroad’s completion ushered in a period of rapid expansion, producing 163,000 miles of operating track by 1890.

Between the 1890s and the 1920s, American railroads soared to unprecedented economic heights, reaching more than 250,000 miles of tracks in 1916 and bearing responsibility for nearly 100% of interstate traffic.

But then came the Model T. The advent of the automobile had a major impact on the rail system, as the car’s combination of reliability and affordability turned more and more people to the roads. In the 1930s, rail companies tried to coax commuters back to the railroads by introducing the streamliner, but in the years following World War II, train traffic continued to decline. During the 1950s and 60s, the railroad giants began to merge as massive cuts to maintenance and scheduling became necessary.

From There to Here

From that point forward, government subsidies and funding kept the industry afloat — specifically, the founding of the National Railroad Passenger Corporation (Amtrak) in 1971 and the Consolidated Rail Corporation (Conrail) in 1976 marked clear turning points in the history of American railroads. The Staggers Rail Act of 1980 deregulated the industry and marked the beginning of a slow but steady recovery, as transit mega-mergers continued into the 90s.

Today, freight rail alone is a $60 billion industry, according to the Association of American Railroads, operating more than 148,000 miles of railroad across the U.S. Not only does the rail system provide over 185,000 American jobs, but it also serves as a greener option for mass transportation, relieving roadway congestion and operating with four times the fuel efficiency of trucking.

Yet sustaining these benefits requires affordable and effective maintenance solutions, like those offered by Midwest Industrial Supply, Inc. Their Glidex® switch lubricant is both environmentally sound and long-lasting, and retains its effectiveness in all weather conditions. No matter what the future holds for America’s railroads, Midwest will be there to help make this historic and essential industry stronger than ever.