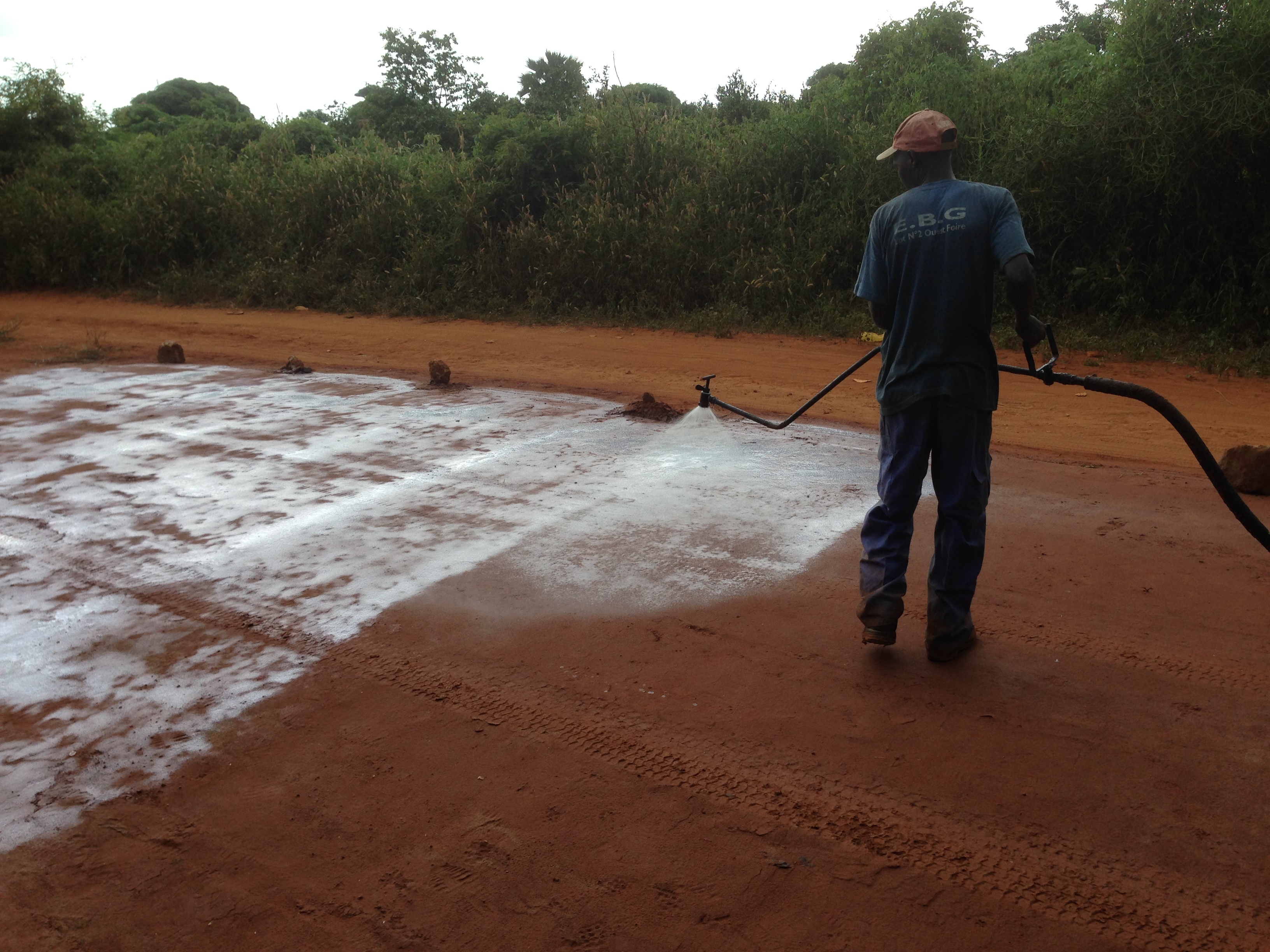 A network of unpaved roads connecting Senegalese villages to major cities and highways had fallen into disrepair. The Senegal Ministry of Infrastructure, Transport, Telecommunications & ICT contacted Midwest, which was able to provide a long-term solution to the problem in the form of natural paving.

Crucial village roads in rural Senegal have been repaired and stabilized through natural paving, restoring citizens’ often limited access to the outside world. Commissioned by the Senegal Ministry of Infrastructure, Transport, Telecommunications & ICT, Midwest Industrial Supply, Inc. used its natural paving solution, GreenPave™, to strengthen the roads without exceeding the Ministry’s maintenance budget or disrupting day-to-day life in the villages.

The Ministry recognized how crucial unpaved roads are to the larger network of thoroughfares connecting the continent and reached out to Midwest, seeking to avoid the expensive prospect of paving the entire network themselves. Because natural paving requires less material and is less disruptive to neighboring ecosystems, Midwest’s GreenPave system was seen as an ideal response to the problem at hand.

Much of the transportation networks that connect villages and towns to major highways are unpaved, meaning they are more susceptible to weather damage and airborne dust. Transportation of goods, services, and livestock to and from these areas is made difficult and even dangerous by potholing and washboarding — all natural consequences of traffic and weather.

Unpaved dirt or gravel roads also tend to produce much more airborne dust, potentially impacting visibility on the road and coating surrounding property in dirt. The dust can also have a negative impact on ecology: runoff from storms and traffic can push toxic residue from the road into streams and rivers, which can eventually reach and degrade the quality of a community’s water supply.

Where the use of aggregate or asphalt would require deep cuts to the road so that enough material could be filled in to form a stable base, Midwest’s natural paving solutions feature binding agents that chemically mix with in-place soils beneath it. This limits the impact that the process has on the surrounding area and uses less material, making it a far more affordable option than traditional paving.

Because the areas being treated were major thoroughfares between villages, residents were almost always walking and driving down them, often herding cattle, sheep, pigs, and goats. Workers were able to limit road stabilization to one side of the road at a time so that traffic could continue unabated. Cutting a foot deep into the road, the team mixed several disparate forms of soil into a workable road material and incorporated their Soil-Sement® Engineered Formula using the GreenPave system.

The resulting product has restored the vital connection between rural and urban Senegalese communities, strengthening the country’s infrastructure and empowering local businesses. Midwest’s team of experts also assured the Ministry that the new road will increase in load-bearing strength as it’s used over time, guaranteeing that further maintenance efforts won’t be necessary until far into the future.

The success of the initiative is a signal of how technologically advanced infrastructure maintenance is becoming more affordable and available even in rural areas across the world. Midwest hopes that the example will prompt more government administrators to consider natural paving as an affordable, practical solution to daunting construction and repair issues.