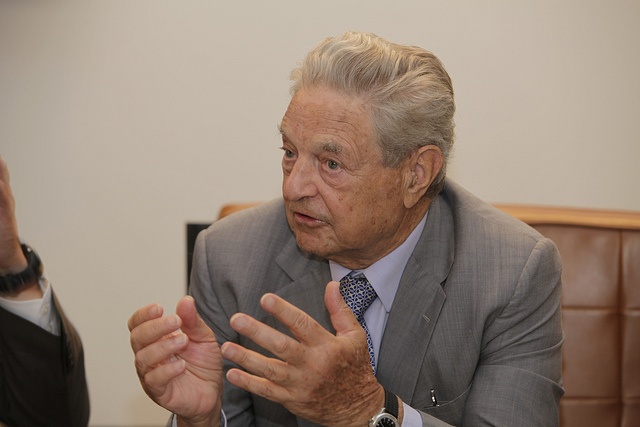 Millionaire environmentalists are buying and investing in coal plants with the belief that they can transform the industry.

If you know the names George Soros and Tom Clarke, they’re probably the last ones you’d expect to see associated with the coal industry. But with activist ambitions, these wealthy liberal magnates are making big investments in coal to square the industry with their politics — and, in Clarke’s case, save an industry that many in his home state rely on.

Clarke, a Virginian millionaire who made his money in the healthcare industry, is following the lead of billionaire liberal activist Soros, who recently made big investments in the fossil fuel market. Clarke recently announced his plans to buy Patriot Coal, a bankrupt coal company based out of St. Louis, for $400 billion. What’s more, he plans to raise coal prices by 10%, using the increased profits to plant trees.

“My No. 1 priority is not to stop burning coal,” Clarke said according to the St. Louis Post-Dispatch. Instead, he hopes to, “keep people employed in Central Appalachia with this offset,” all amidst layoffs and closings which are due in large part to aggressive federal policies.

Clarke’s plan to offset the CO2 emissions in the coal industry by planting news trees sounds great, in theory. Though it may look good on paper, many are critical of the effect it would have on the cost of coal-energy.

“Will this be a way… coal-fired power plants can reduce their emissions and still use coal?” Sterling Burnett, a research fellow at the Heartland Institute, asked Fox News. “If this plan works, then it is a good thing for coal country. It will keep mines open, it will keep power plants open, and yes, it will raise the cost of energy. But quite frankly, the cost of energy will go up substantially anyway. This keeps the grid reliable at a modest increase in prices.”

What Clarke’s Plan Gets Right

While Clarke may increase the price of coal energy, that may just be the price of keeping thousands of jobs from disappearing. The coal industry has been hit hard by the recent EPA regulations — these laws may help the environment stay green, but they have also put thousands of people out of work.

What people like Clarke and Soros are doing is responding to a simple question that has plagued the coal industry: how do we create energy while minimizing environmental impact? Clarke’s reforestation effort is a new and exciting answer. It’s innovative, job-friendly, and conscious of environmental hazards — as all plans that move the coal business forward should be.

The Future of Energy

Clarke and Soros are not alone — many other companies are providing environmentally friendly alternatives. Midwest Industrial Supply, Inc. offers a wide range of dust control products for the coal industry that improve the health and safety of workers, as well as minimize the impact of in-transit coal and stockpile l sites on surrounding communities.

Through partnerships like these, companies are proving that the coal industry can be as resilient and agile as any player in the energy sector.