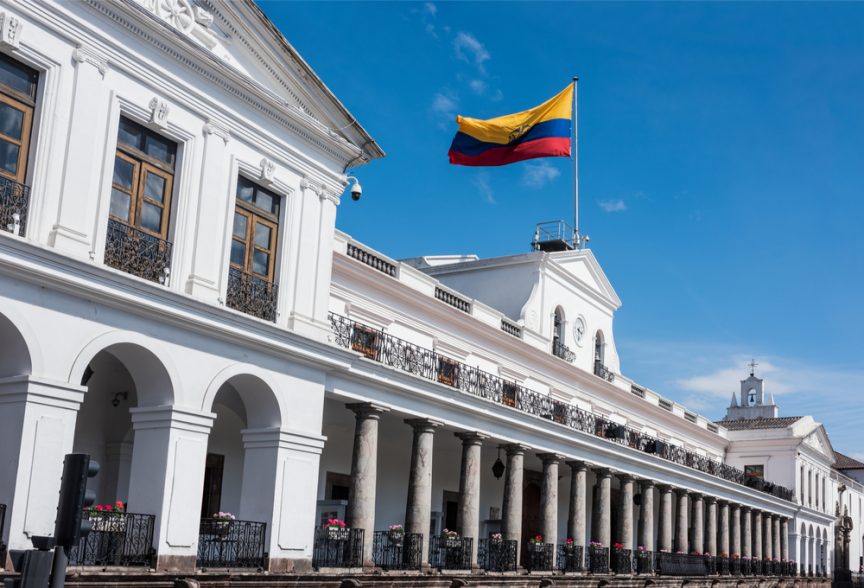 The Ecuadorian government previously forecast around $500 million in mining-related revenue in 2018. Thanks to new domestic and foreign investments, that figure has doubled

At the beginning of September, Ecuador’s Ministry of Mining announced that it expected the country’s mining industry to produce $500 million in revenue in 2018. By the end of 2017, it raised its estimate to a whopping $1 billion, suggesting that mining in Ecuador should enjoy a major boom in the coming year.

According to the Ministry’s report, much of the increase in mining revenue will come from exploration and development activities. In addition, the number of mining concessions in Ecuador given to private companies rose from 237 in September to 300 in December, which created additional opportunities across the industry.

Major players like BHP Billiton and Newcrest Mining stand to benefit in particular from this growth, with both companies preparing to launch or continue major projects in Ecuador over the next year and beyond. Similarly, the Canadian company Lundin Gold’s development of the Fruta del Norte project — the country’s largest — could earn it as much as $20 million in royalties. The also highly anticipated Mirador copper project developed by EcuaCorriente should produce another $30 million in royalties.

While established conglomerates are clearly poised to capitalize on the rapid growth of Ecuador’s mining industry, smaller operations also stand to benefit. In September, the Ministry of Mining announced that the Secretary of State had recently awarded 414 artisanal mining licenses and 36 small-scale mining titles — these opportunities alone could create more than 9,000 jobs. The country’s National Mining Company is also slated to open 33 mining sites in the sub-district of Muyuyacu, Azuay, which is projected to create an additional 1,800 jobs.

This sudden spike in projected revenue is particularly promising for the Ecuadorian government, which could see its mining-related earnings double in 2018. It’s also a sign that more companies are interested in doing business in Ecuador, which hasn’t ranked highly on the World Bank’s Ease of Doing Business index in recent years.

In an effort to turn that ranking around, the Ecuadorian government has worked to appeal to foreign investors, taking steps such as loosening business regulations and promoting competitive advantages over its neighbors. If the rising fortunes of the country’s mining industry are any indication, their work appears to be paying off.

Leaving Dust in Its Tracks

While Ecuador’s mines should see a great deal of activity in the coming year, their operators won’t be able to enjoy their success without developing proactive solutions to their dust control challenges, especially on their haul and access roads.

With over four decades of experience in dust control, Midwest Industrial Supply, Inc. has the necessary expertise to help any mining company develop a custom application program for its worksite. When applied correctly, our patented synthetic dust suppressants like EK35® can trap fines and surface particles and lock them into the surface, creating a protective sealant in the process.

Regardless of what you’re mining, we can provide your company with a customized managed service program that strengthens the roadbed, minimizes maintenance costs, and ensures compliance with environmental regulations without undermining productivity. We also offer assistance with customer-applied programs and turn-key delivery.

So whether you’re mining coal in Pennsylvania or gold in Ecuador, Midwest is there to help control industrial dust and keep your operations running smoothly.