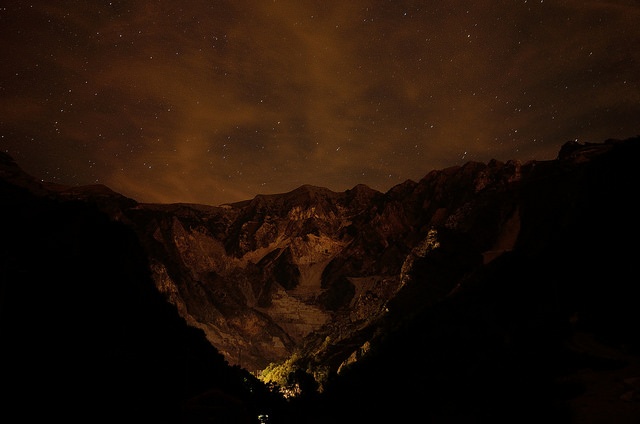 A proposed Syar Quarry expansion has stirred up controversy in Napa County — both opponents and supporters of the project have strongly held convictions, and any effective solution will have to bridge the gap between a deepening divide.

The Napa County Planning Commission will soon have to decide whether or not it will approve a bid to expand the Syar Quarry. Syar Industries hopes to enlarge the quarry by 110 acres, but despite serious deliberations last week, a definitive conclusion has yet to be reached. As of yet, the expansion remains controversial.

The latest proposal is actually a trimmed down version — Syar had initially hoped to expand the quarry by 124 acres, but have had to reduce their goal to 110 acres in response to public pressure, according to the Napa Valley Register. Now that the county seeks to limit the expansion to 77 acres, the mining company says they’re unwilling to make any further compromises, since more reductions would defeat the fundamental purpose of expansion.

Pressure to halt the project comes primarily from vocal residents and environmental advocates who are anxious about the potential health and ecological impacts of the project, according to the Napa Valley Register.

Some have concerns that potentially carcinogenic quarry dust could find its way into the breathing air of residents — breathing it in over prolonged periods can cause respiratory problems and scar tissue in the lungs. Prevalent health issues like asthma make these issues all the more acute.

To quell residents’ concerns, the county released an extensive environmental impact report (EIR) for the proposed expansion. However, some found no reassurance in the 512 page document. Napa Valley local Sandra Booth observed that, “The Syar EIR does not have any language in it to ensure the protection of the city, the county or the people from the intolerable, fugitive mining dust problem.”

For fearful locals, the government isn’t providing sufficient evidence that the Syar quarry expansion won’t endanger the health of the community.

Meanwhile, Syar Industries makes valid claims — the quarry expansion is an absolute necessity for the region. There’s a diminishing local supply of vital resources, a situation that has become urgent. Syar representative Thomas Adams laments that Napa is, “running out of basalt. The current reserves are estimated to last less than a year.”

These basalt reserves are infrastructurally vital, since basalt is a necessary ingredient in the construction of asphalt roads. More than this, the quarry expansion would generate a number of local economic benefits and create new jobs.

However, the reality is that Syar must appease local concerns to move ahead with their plans. This means that implementing a sustainable dust control solution is a necessity.

Fortunately, Midwest Industrial Supply, Inc. provides affordable and proven solutions to mitigate fugitive dust. With Midwest’s full spectrum of dust-busting products, operators can eliminate their dust, reduce the need for watering, and keep regulators happy. For example, our Soil-Sement® product is a powerful polymer emulsion that collects and binds dust particulate to the material surface, locking it in place and preventing fugitive dust emissions.

Ultimately, Napa County will remain reliant on local mining enterprises for the foreseeable future. Given this reality, mining companies like Syar must work with local residents to address and resolve their concerns. Midwest’s dust control solutions provide an excellent way for the quarry to expand and keep the county working together.