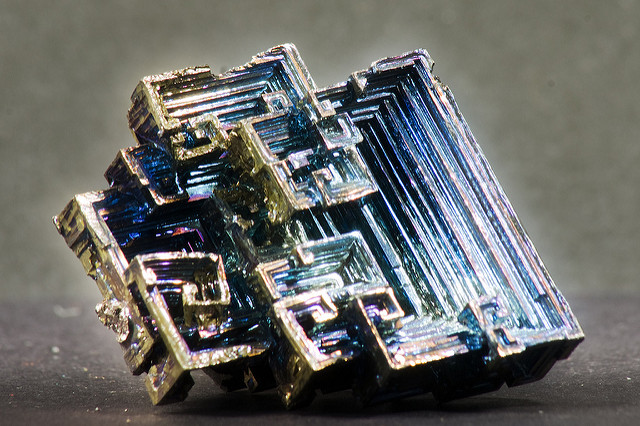 From hybrid cars to phones and camera lenses, the electronic elements of just about everything we use everyday require rare earth metals (REMs), a limited resource in the United States.

Due to the increasing demand for products like hybrid cars and mobile devices, the need for rare earth compounds is growing at a dramatic rate. Yet, the vast majority of REMs come from China, which controls approximately 95% of the global production, according to CNN. In response, companies in the U.S. are coming up with innovative ways to procure rare earth metals to meet the growing demand. Here are four popular goods that require a surprising amount of the metals.

Of the 17 rare earth metals found in the Earth’s crust, hybrid cars require as many as eight, primarily powering the green batteries found in the vehicles through magnetism, according to Mother Jones. Dysprosium allows magnets to operate at high temperatures, an absolutely essential feature for the hybrid system. The drive units and motors of hybrids use neodymium, dysprosium, and praseodymium, which scientists are now extracting from discarded electric and hybrid cars (dysprosium and neodymium are two of five rare earths the Department of Energy list as “critical and essential for clean energy technologies”), according to Sciene Daily.

In fact, several pounds of rare earth compounds are found in hybrid batteries; therefore, recycling the metals will help limit the US’s dependence on REM imports from China, as Geology.com explains. Lanthanum is also used in the hybrid engines, and cerium is effective at reducing automotive emissions, as NCPA.

Computer hard drives use neodymium and dysprosium, which allow the drives to be smaller and operate more efficiently. Like hybrid vehicles, almost all batteries found in computers require REMs, including lanthanum, which extends the life of the battery. Europium is used for the color red in computer screens, alongside yttrium and terbium. Cerium, meanwhile, is an effective polisher of computer chips.

Most displays found on cell phones, laptops, and the like use rare earth elements for both their color screens (europium, yttrium, and terbium) and their display strength.

Similar to computers and cell phones, camera lenses utilize yttrium and lanthanum for its special optical properties. Cerium is used to polish the lenses, in addition to almost all commercial mirrors. Not surprisingly, the rechargeable batteries found in most digital cameras also use REM such as lanthanum and neodymium. Overall, production of batteries that contain rare earth make up close to 35 percent of the battery industry.

How We Get REMs

The name rare earth metals may be a misnomer, as the metals are relatively abundant in the Earth’s crust (the most plentiful are cerium, yttrium, lanthanum and neodymium). The term “rare” comes from an outdated definition of the word meaning “difficult.” They are concentrated in uncommon, but mineable igneous formations, such as carbonatites and alkaline rocks. REMs are also found in placer and residual deposits, according to MIT, usually extracted from open pit mines, which then requires refinement through chemical processes that vary depending on the element.

Despite the complexity of REM refinement, new mines continue to open fueling our growing consumption of the metals. Molycorp recently began production at its Mountain Pass Mine in California, tapping into the 13% of the rare earth reserves located in the United States. Mines like Mountain Pass require the best dust control solutions because of the nature of the tailings produced, and Midwest Industrial Supply, Inc. has the best options on the market. Midwest’s Midwest’s Haul Pro® is a long-term solution for efficient control of road dust on unpaved haul roads, reduces the need for watering and grading and minimizes the the harmful effects of dust all while creating stronger and more durable road surfaces. Power ahead with Midwest.