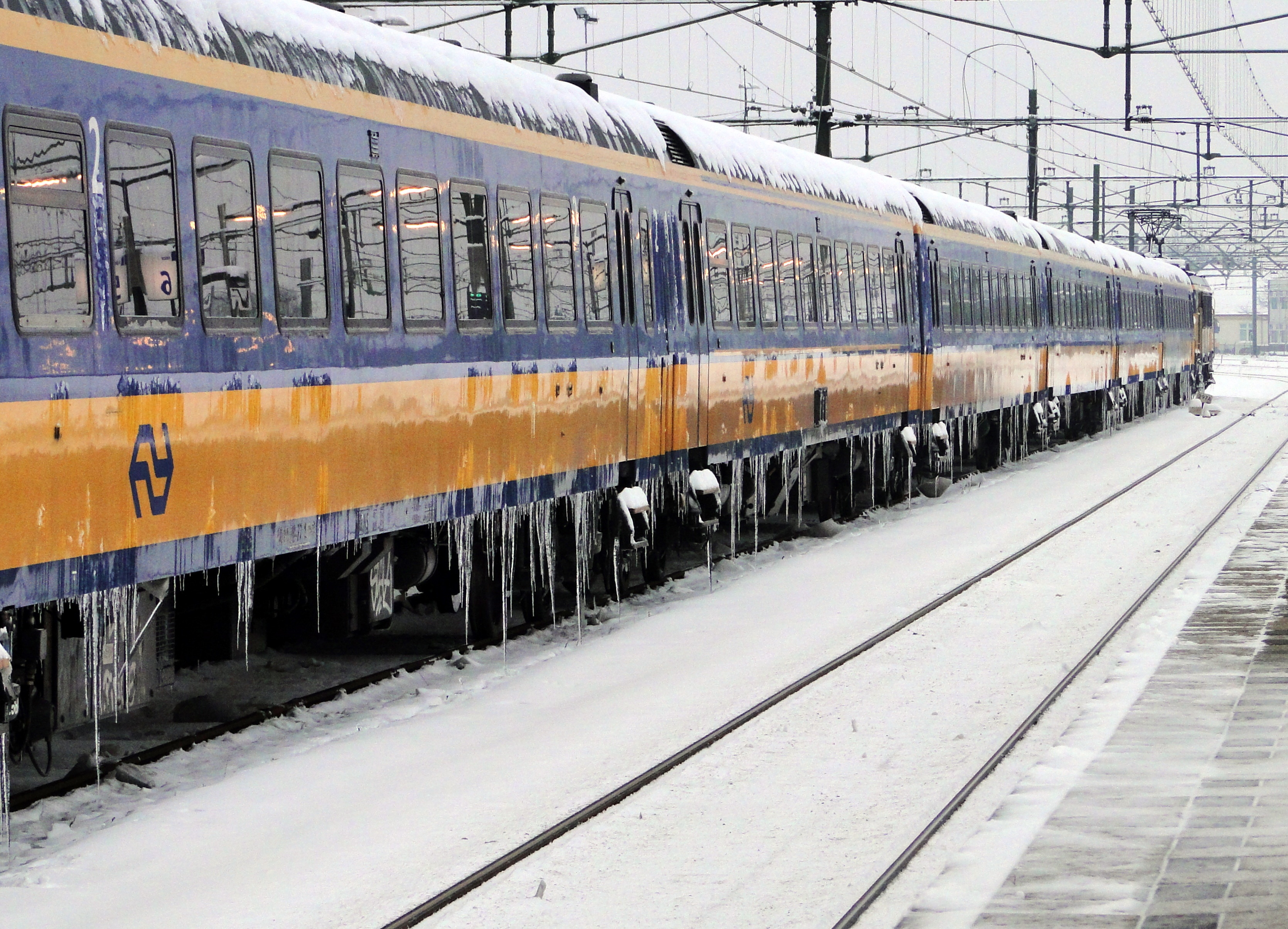 All the mild weather we’ve experienced early this winter seems to have come to a snowy end — the snow finally came around recently, in a big way. With cold spells and a giant blizzard slamming the East Coast, rail systems faced travel bans, highlighting the issues trains deal with in inclement conditions.

Cold weather makes any sort of travel more difficult, but most people rarely think of the challenges trains face when temperatures drop and snow starts falling. From electrical shorts to derailments, winter weather causes a number of problems engineers have to tackle. Across the globe, countries like Finland, Germany, and the U.S. are taking new measures to ensure their cargo — people and goods alike — get where they need to go quickly and safely, even in the snow.

Snow and Ice Are Not Very Nice

It’s not surprising that snow and ice make traveling by railroad difficult. Ice can completely jam up mechanical switches and frozen overhead wires are prone to snapping. According to a railroad engineering expert Augustine Ubaldi, electric lines, “like any piece of metal” get shorter and tighten when exposed to extreme cold. The tighter the lines get, the more likely they are to snap. The same effect is seen on the rails themselves, making any points welded together particularly vulnerable. This means the trains must operate at much slower speeds to safely travel.

Snow, freshly fallen or in days-old drifts, produces its own set of problems. It can get sucked into the engine, where it then melts and shorts out major components. This can put a train out of service and worsen delays as more and more equipment becomes unavailable. The white stuff also accumulates on the underside of the cars, from where it can be shaken off into a switch as the train passes.

This in turn prevents the switch from making contact with the rail, blocking the circuit, stopping the train from proceeding over the switch. The snow or ice must then be cleared manually before the ride can continue. As a result, companies like Metra have had to invest in heaters for yard switches.

From 1995-2005, cold weather, snow, and frozen loads accounted for 21.2 percent of all weather-related rail incidents, according to a report by Michael Rossetti of the Volpe National Transportation Systems Center. The majority of these incidents took place in January from snow and ice, which increase the risk of derailment due to accumulations in switches, brake riggings, tracks, and grade crossings.

During the 2009-2010 European winter, 50 percent of Deutsche Bahn’s Inter-City Express trains were put out of commission by frigid temperatures. During that same season, snow also stalled five trains in the English Channel tunnel, stranding 2,000 people.

With the first massive blizzard of the season having already coated the East Coast of the U.S., the proper cold weather tools are crucial to keep commuters and freight running safely and on time. Midwest Industrial Supply, Inc. has snow and ice solutions that help keep trains on track.

Preventative anti-icing measures will help prepare any transit line for frigid temperatures and brutal storms. With anti-icing solutions like Ice Free Switch® that are environmentally safe and can be applied in the worst weather conditions, not even a blizzard could freeze up the trains. As we enter the coldest months of the year, let Midwest help you get where you need to be.