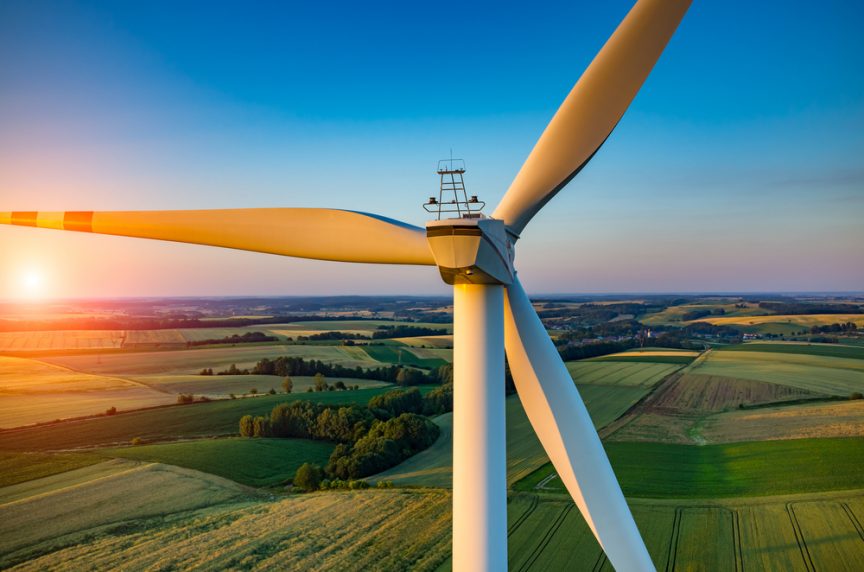 In June, the Associated Press reported that Rocky Mountain Power was planning to invest $3.5 billion in wind-generated power, particularly in Wyoming, Utah, and Idaho. The utility company’s plans to build dozens of wind turbines across coal-producing states suggests that both the traditional and renewable energy markets can expect robust growth in the coming decades.

Rocky Mountain Power’s announcement came on the heels of President Donald Trump’s decision to resume federal coal leasing after former President Barack Obama placed a moratorium on the process in 2016. The Trump administration’s aggressive moves to stimulate the coal industry has given many Americans hope that investments like these will power local and state economies. Rocky Mountain Power plans to effectively diversify those hopes, betting that wind energy will only contribute more jobs and more economic growth in states already benefiting from coal’s resurgence.

Rocky Mountain’s investment will fund construction of new wind turbines in Wyoming, Utah, and Idaho, as well as longer blades for turbines already in use in those states. A spokesperson for the utility company told the AP that new turbines in Wyoming alone will serve 190,000 homes. That’s significant in a state that is currently the U.S.’s largest producer of coal and responsible for approximately 40% of the country’s collective output.

As ambitious as it is, the company intends to implement this plan as soon as possible, in part to qualify for a federal tax credit for wind power facilities that begin construction before the end of 2019.

Windy Wyoming and Beyond

The Rocky Mountain initiative won’t be the only wind project in the works in Wyoming — the country’s biggest wind farm is already in construction there, spearheaded by Denver billionaire Philip Anschutz.

According to the AP, the first of 1,000 turbines greenlit as part of the initiative could enter service as soon as 2018. Both Anschutz’s and Rocky Mountain’s wind farms will provide power to a range of states with renewable energy requirements, predominantly in the Pacific Northwest and West Coast.

Banishing Dust in the Wind

Wind energy is popularly known as an environmentally friendly source of power, but its producers can still pose a danger to the environment by kicking up fugitive dust. When dust particles kicked up by windmills are allowed to accumulate in the air, it can negatively impact productivity by damaging surrounding equipment, decreasing worksite visibility, and even affecting the health of workers.

With more than four decades of experience in the dust control business, Midwest Industrial Supply, Inc. has the necessary expertise to help wind energy producers like Rocky Mountain Power select proven products and apply them properly to combat all their dust-related challenges.

Our products use organic synthetic fluid technology to lock binders into the surface of haul and access roads, while prevents fugitive particles from escaping. The subsequent elimination of unwanted dust emissions increases the lifespan of the roads, boosts productivity, and reduces the need for costly maintenance.

Since every client has different needs, we’ll work with you to develop a long-term plan that satisfies your business objectives, fits your budget, and meets all environmental regulations. With our track record of success, we’re confident that we can provide an ideal solution for your company.