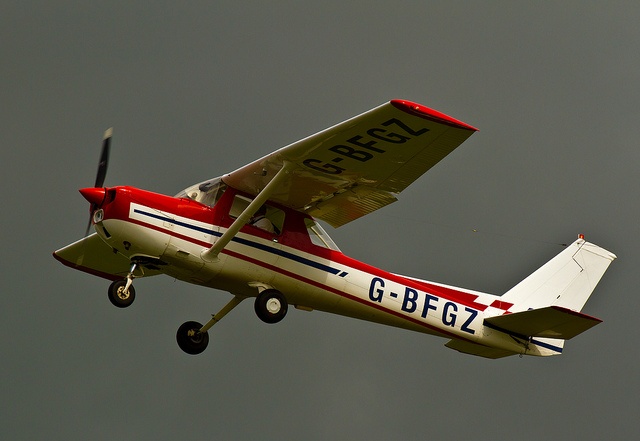 We take a look at the new runway project in Sedalia, Missouri and the challenges of reconstructing airport runways in rural areas—and how projects like these can deal with the various environmental issues that they face in eco-friendly ways.

In the more remote areas of the US, airports are often not as well maintained as those in the big cities. In the small town of Sedalia, Missouri, for example, it took five years for a grant to be released, and now that runway construction has broken ground, there are some foreseeable logistical and environmental challenges that stand in the way of the project’s completion.

The Sedalia Democrat describes the runway construction that began in early July of 2014 at Sedalia’s Regional Airport. Director John Evans says that the 40-year-old runway was starting to deteriorate and was in need of significant maintenance. “There were cracks and we’d have chunks coming out. The condition of the runway was having a negative impact on the planes that use it. For example, ProEnergy was wearing out tires faster than normal because the runway was so rough,” says Evans.

The airport received a $450,000 grant five years ago to reconstruct the runway, but the money was only recently released. The project is scheduled to be complete on November 26 of this year.

The new runway will allow some of the larger planes to use the airport, thereby increasing usage and bringing more business to the area. “Waterloo’s jet can’t land right now, a lot of other companies can’t come here now. We average 32 landings and takeoffs a day. We’re the largest airport in a 60 mile radius. The next largest is Jefferson City or Columbia or Kansas City,” says Evans.

Evans says the airport has been doing well recently, even though it needed work. “In the last five years business has almost tripled. I don’t know how, we’ve just been lucky. We keep our fuel prices as low as possible. Since we’re in the Midwest, some of the corporate jets can’t make it coast to coast without stopping for fuel so we get a lot of fuel stops.”

The runway is to have a gravel base. “They are tearing up the runway and will ground up the old concrete for the gravel for the base,” reports Evans. This method of runway construction can cause numerous environmental problems, during construction and once it is built.

Gravel runways and dust are unhealthy not only for the environment, but also while in use. When gravel runways are untreated it can cause visibility issues for pilots while irritating the eyes and lungs of personnel on the ground. Dust increases the need for maintenance on both the runway and the aircraft.

The team responsible for the runway reconstruction at the rural Eureka, Nevada airport faced some challenges that the Sedalia project team might also come up against.

ENR Southwest reports on the Eureka rural airport runway project, an airport which gives access to the remote Eureka County in Nevada, and provides access for Med Flight and air attack crews fighting local wildfire as well mining executives. The airport also serves as a refueling stop and provides aviation support for local ranches. The project had a 21-day deadline and involved a 7,300 ft. long by 60 ft. wide strip of asphalt and 73,500 square ft. of apron and taxiways.

One of the biggest challenges facing the project team was access to materials. More than 500,000 gallons of construction water had to be transported three miles to the airport and over 1,400 tons of cement had to be trucked 200 miles from Fernley, Nevada.

The natural elements bought on more challenges. Although the area experiences mild summers, the winter months are harsh, effecting construction and air operations. A late spring snowstorm meant workers on the project had to quickly clear snow and ice off the site to ensure progress.

Frost caused visibility issues on the old runway, and the design team worked with the FAA, using well-draining soils to remove moisture below the frost line and striated markings on the runway landing marks and numbers, maximizing solar heating in the area.

Dust is a significant environmental issue that, if not dealt with, can affect an airport’s regulatory standards and cause costly damage to both the airport and its users. At Sedalia airport, bad runway conditions were causing plane tires to wear out faster than normal. Old methods such as water shorten the life span of gravel runways, cause safety concerns and are more expensive to maintain.

Midwest’s Gravel Runway Dust Control Program was created to alleviate and, where possible, eliminate these problems through a process called Fines Preservation. Fines Preservation involves the use of environmentally safe products to lock and bind surfaces, aggregating them together to prevent traffic from releasing them as dust.

Fines Preservation is known to reduce runway life cycle costs by 50%, diminishing gravel spray and rolling resistance and reducing dust by 80% for up to four years. The process raises the CBR, resulting in pavement-like strength and a smooth, long-lasting runway. It saves two to five cubic meters of fines at every takeoff and cuts runway lifecycle costs by about $40,000 a year.

Challenges such as transportation and harsh weather conditions are some of the issues facing construction teams responsible for runways in remote areas. Gravel runways often become the most viable option for these kinds of projects, and with this type of runway construction, dust issues that are not dealt with from the beginning can cause long-term problems including high maintenance costs and significant environmental issues.