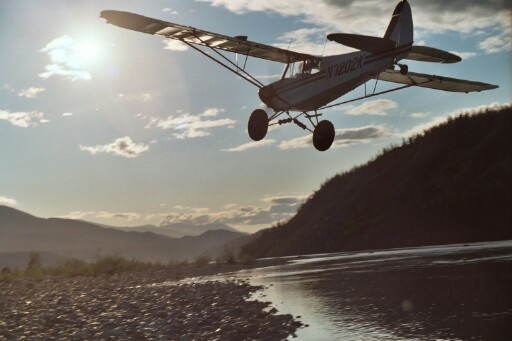 Due to its climate and the popularity of air travel, Alaska has more than its fair share of gravel runways, hosting 16 times the U.S. national average number of planes per capita.

In this state, proper gravel runway maintenance is crucial in order to create a safe landing and takeoff surface for aircraft.

Alaskans and aviation go way back, and at six times the national average, their state is also home to more pilots per capita than anywhere else in the U.S. This is a result of the population’s strong dependence on air travel to move between the state’s many more remote areas. Roads only connect the major population centers–even the state capital, Juneau, is not connected by a main road to other cities.

The Importance of Landing Strips

Alaska’s large number of remote populations necessitate the use of many landing strips. An aircraft is often required to traverse even short distances over the state’s mountainous terrain. And just as many of us once dreamed of one day owning a car, kids in Alaska dream of flying planes and perhaps even their having their own.

The rural landing strips do not need to accommodate large passenger planes, so they typically don’t need to be very long and are often unpaved. Ice is also a factor in keeping runways unpaved: it is simply too much work to keep a paved runway ice-free, and the immense cost in building a paved runway in such remote areas doesn’t make the idea any more enticing.

In winter, many areas of Alaska are completely inaccessible by land. Even if there were roads, they would be impassable. Air travel has allowed year-round access to them, and more people have been able to live and work comfortably in these remote areas.

But gravel runways pose several of their own challenges:

Extending the usable lifespan and lowering the annual maintenance costs of a gravel runway is no easy feat. Careful analysis of the surface and preventative maintenance must be performed diligently.

The program locks and binds a runway’s surface aggregate fines together, preventing air and vehicular traffic from releasing them as dust. The consequent pavement-like strength of a treated runway, decrease in gravel loss, and fewer upkeep and repair requirements will reduce maintenance costs over a runway’s entire lifespan.

Midwest’s SF2® full-depth reclamation and stabilization process can also increase the runway’s California Bearing Ratio (CBR) by up to four times its current rating, even on marginal soils that cannot stand up to the traffic and weight loads that a gravel runway typically bears.

The process can also reduce annual maintenance costs by 50% and promises to last for the full life cycle of a gravel runway, all at a significantly lower price. If the people of Alaska are looking for a way to make air travel safer without the cost and effort that paved roadways require, they won’t have to travel far to find it.