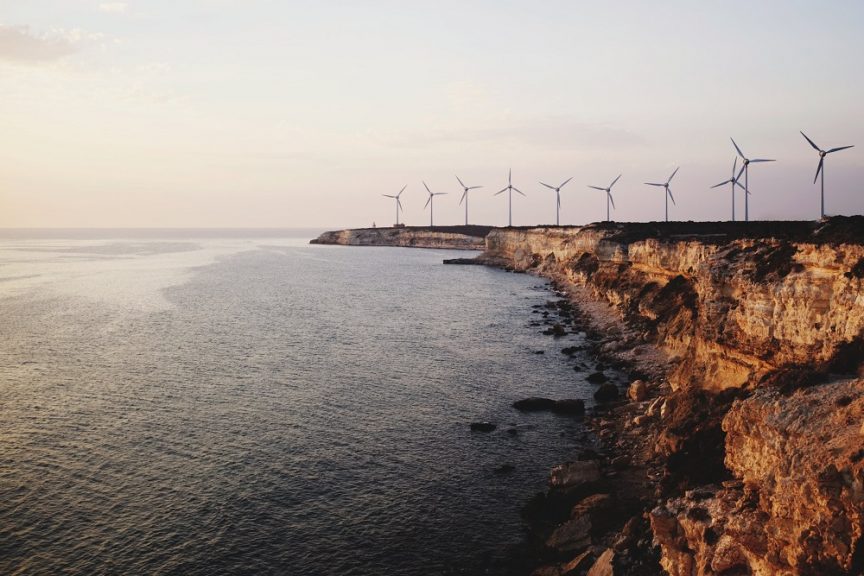 As wind power accounts for an increasingly large share of the country’s energy, let’s take a moment to explain exactly how a turbine works.

Wind power has quickly become one of the country’s most popular sources of energy, accounting for 41% of all additions to American power capacity in recent years. Furthermore, the American Wind Energy Association reveals that 41 utility-scale wind energy projects are currently in operation across the United States, providing 84,944 megawatts of power to about 25 million households in 2017 alone. As new turbines continue to pop up across the country, let’s take a moment to explore the physics behind wind power and illustrate just how it works.

Wind is a consistent source of kinetic energy, capable of stimulating motion in objects ranging from sails to skyscrapers. The energy it produces can be used to perform a variety of tasks, which includes the tall order of powering heavy industrial equipment. The most familiar example of a device powered by wind, of course, is the windmill, which uses a set of blades or vanes spun by the wind to turn grinding mills or pumps. A wind turbine is a modern descendant of the windmill, using the wind to turn a generator that produces electricity.

Most wind turbines currently in commission are horizontal axis turbines, which consist of a tower, blades, and a box or chamber in which a spinning axle powered by the blades turns the generator. Their size can vary dramatically. Smaller turbines, for example, can power batteries or remote villages, while the large utility-scale versions commonly found on U.S. wind farms typically provide power to an entire grid.

Turbines can run at a constant or variable speed. Constant speed turbines features blades that change their position to adapt to the speed of the wind, ensuring that the generator produces electricity at the voltage of the utility grade. In contrast, variable speed turbines have blades and generators that continually change their rotational speed in response to the wind, which allows them to operate regardless of how fast the wind blows.

As you might expect, wind power works best in areas with high winds. Turbine power output is directly proportional to wind speed; when wind doubles in speed, the power it generates increases eightfold. As a result, turbines installed in regions that regularly experience class three or higher winds (the highest being class seven) are easily the most efficient.

A number of factors affect wind speed and force, including height, altitude, and temperature. Since wind is faster at higher elevations, taller turbines are being built each year to more effectively harvest this crucial source of energy. Most current wind turbines can convert only 20 to 40% of captured wind into energy, but as they extend farther into the sky and the technology powering them advances, they’re becoming more adaptive and efficient than ever.

Keeping Dust Out of the Wind

After experiencing significant growth in recent years, the future of wind power is brighter than ever. As early as 2008, the Department of Energy predicted that wind power could supply 20% of the country’s power by 2030, creating hundreds of thousands of jobs. By 2016, wind turbines provided 8% of operating electric generating capacity in the United States.

As promising as wind power is, however, it still brings its own operational challenges. Most wind farms are connected by a series of unpaved roads that generate dust whenever used. These dust particles can then be scattered by the wind across the wind farm, damaging equipment and threatening worker safety.

Midwest Industrial Supply, Inc. has worked with producers of wind power for decades to develop custom dust control programs for their farms and worksites, helping them generate clean and sustainable energy without compromising safety or efficiency. Our patented polymer emulsion Soil-Sement® is designed to settle into unpaved surfaces and trap dust within them, preventing it from entering the atmosphere. Enjoying more performance certifications than any competing product, it’s a reliable and environmentally friendly solution to your maintenance challenges.

Regardless of your company’s needs, Midwest can work with you to devise a turn-key application plan or managed service program that’s specifically tailored to your worksite, ensuring that you regularly achieve the appropriate level of dust control. As wind power becomes increasingly indispensable to the country’s energy system, Midwest stands ready to help producers become as efficient and sustainable as possible.