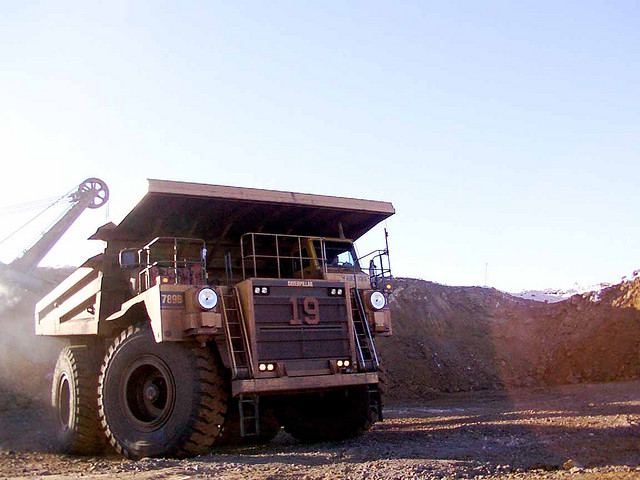 What considerations should the Cline Group take into account when deciding whether to construct a trucking route to the Donkin Mine?

With $200 million already invested in the Donkin Mine in Cape Breton, Nova Scotia, according to The Chronicle Herald, the Cline Group is looking into new options for transporting coal. As the Cape Breton Chronicle Herald reported, citizens at town meetings about the opening of the Donkin Mine opening “expressed concerns about initial plans to truck coal from the mine.”

Matt Fifield, an employee of Kameron Collieries, a Halifax-based subsidiary of the Cline Group, “assured the crowd the Transportation Department would be engaged to ensure local roads can handle the coal trucks.”

The Cline Group plans to rely on three different possible transportation options for coal coming out of the newly reopened Donkin mine: barges, railcars, and trucks. Although the barge and rail transportation systems are already in place, the Cline Group has recently developed plans to build a third trucking route.

One reason for this new option have been reports from local fisherman, who have “expressed concerns on the coal being transported by barge,” as reported in the Nova Scotia Business Journal. In order to avoid interfering with local fishing habitats and to preserve local ecosystems, the Cline Group is also looking to invest in alternative transportation methods, such as existing rail networks.

However, “if rail is not feasible, a trucking corridor could be built along the former rail line…an estimate of each option was done…(predicting the cost of) rail at about $91 million, barging about $52 million and the trucking corridor approximately $30 million.”

Building a trucking route on top of the existing rail network would not only be the cheapest available option, but also the least disruptive to the local environment, as it utilizes existing infrastructure while providing the community with a new transit link. This could save the Cline Group up to $20 million and open up land and transit options to the people of Donkin.

Problems and Solutions to Maintaining the Trucking Route

Ultimately, the only negative complication that comes with opening up the third transportation link of a trucking route to the Donkin mine is the problem of maintaining the road itself. In rural areas, transporting coal on a trucking route can lead to issues of industrial, coal, stockpile, and other kinds of dust.

This can have both environmental and road stability impacts — it is of critical importance to make sure the route is maintained with proper surface management and environmentally safe solutions to coal dust issues.

The Cline Group could look to a proven company such as Midwest Industrial Supply, Inc. to provide the necessary road maintenance and dust control that will make a truck route to Donkin Mine both feasible and successful.