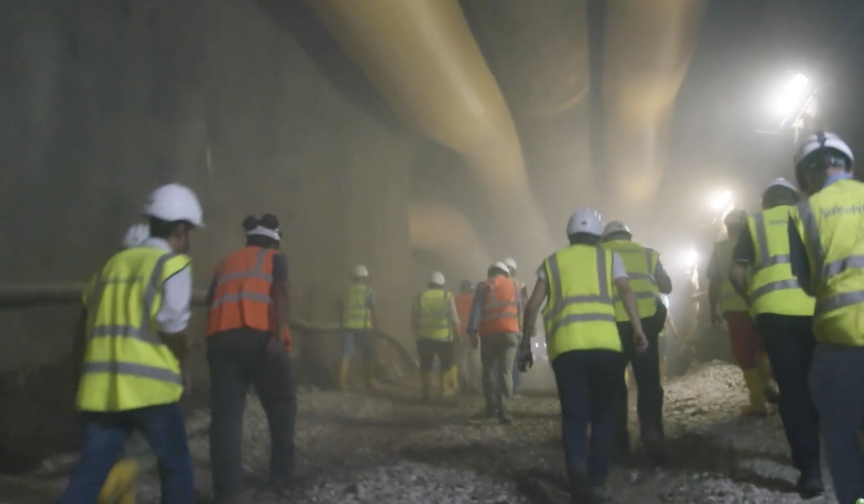 One of the trending topics right now in the realm of mine dust control is the threat of respirable crystalline silica. The topic of silica control has surfaced over the years, only to quickly dissipate after a flurry of heated discussion. The concern over respirable crystalline silica now has reached such heights as to prompt the U.S. Department of Labor’s Mine Safety and Health Administration to start a new initiative for silica control expectations. On June 8, 2022, the MSHA posted the following new policies:

What is it about crystalline silica that has made it a growing dust control concern for the MSHA?

The alarming characteristic about crystalline silica that makes it so dangerous, as the MSHA points out in its article “US Department of Labor takes action to reduce miners’ exposure to silica dust” that silica “becomes airborne during cutting, sawing, grinding, drilling, and crushing stone and rock.” Not only is crystalline silica at risk of entering airways through virtually every industrial task, but the situation darkens when you consider that each singular particle is “at least 100 times smaller than ordinary beach sand,” meaning it can easily make its way into the air and lungs of workers entirely undetected.

“We are committed to using every tool in MSHA’s toolbox to protect miners from…deadly lung diseases that are entirely preventable,” shared Assistant Secretary for the MSHA, Chris Williamson. “We have seen too many miners carrying oxygen tanks and struggling to breathe just to…do the simplest of tasks after having their lungs destroyed by toxic levels of respirable dust.”

Like many other hazards in mining, overexposure to crystalline silica can cause a host of alarming respiratory conditions such as chronic obstructive pulmonary disease (COPD), lung cancer, pneumoconiosis (better known as “black lung”), silicosis (which is incurable), and even kidney disease. The risk of these diseases make silica dust control measures all the more important.

What makes mines such a target for silica control?

Though silica control is a difficult obstacle for any industry, mines can be exceptionally challenging when you consider the differences between terranean and subterranean environments.

Like the surface-level sites, mines also suffer from toxic dust, which lowers visibility and has the potential, as seen with crystalline silica, to expose workers to toxins that have the potential to damage their lungs for life. The challenge that sets mine dust apart from other forms of industrial sites is its restricted movement. Without the presence of natural weather forces, the dust is left to recirculate the same particles, and eventually, with the limited space, keep them suspended in the air from the movement of internal traffic.

Another concern in mines is all the moisture locked beneath the earth’s surface. Not only is there a potential for mold, but it also continues to prove old dust control techniques, like watering, ineffective. Watering brings the direct financial cost of application sessions, including the expense of water carts and operators. Watering also incurs significant opportunity costs as each session requires staff and equipment to take time to attend to watering. The other main issue is the incomplete protection of watering as some dust particles have been found to be smaller than water droplets, making it easier for them to spread and invade peoples’ lungs. In the long-term, watering can cause immense wear and tear on your equipment and roads, leading to costly and even more time-consuming clean-ups.

If you’re interested in reading more about the reasons why watering is ineffective, check out our article “DEBUNKED: 4 Reasons Water is NOT Sufficient for Mining Dust Control.”

From terranean to subterranean, Midwest gets the job done with MineKleen®

Midwest has a solution to this complex problem with the MineKleen® Underground Mine Dust Control Program, a plan we created specifically for silica control. The product offers up to 95% reduction in operational dust while also inhibiting the growth of mold. Midwest’s MineKleen program begins by addressing the specific needs of your mine. With customization provided by Midwest dust control experts, plans specific your mine site form the perfect silica control solution.

Another significant component about MineKleen is Midwest’s emphasis on application rather than product. One of Midwest’s core values as a provider is taking dust control down to a science – using the fundamentals of chemistry with eco-friendly products. Mining dust control is no different, but something we’ve discovered while working on mine sites is the importance of how the product is applied in these environments. To create the best application, Midwest constructed its own equipment – the MineKleen sprayer – which completes the job in a single pass by simultaneously spraying roads, ribs, and backs.

One of the best testaments to Midwest’s MineKleen’s effectiveness is a non-ferrous underground mining company who was facing exhaustive costs after using a commercial dust suppressant. To start, they were spending around $650,000annually with very limited results. Beyond financial cost, the company was also spending 487 manhours annually in maintaining dust control operations. On top of both these issues, the excess traffic and water usage was causing significant road deterioration, diverting more work hours to fixing roadways.

Looking for change, they reached out to Midwest for help. Midwest conducted an audit, and then formulated a custom MineKleen plan to reduce these costs and suppress the dust.

After 12 months of treatment, the final results were extraordinary. The chemical makeup of Midwest’s product gave the roads added strength and a durable surface, reducing the need for maintenance. Manhours fell from 487 to only 133 in year one. And the greatest change was an almost 35% overall cost reduction from $650,000 to $425,000 per year in dust suppression.If you’re looking for the same cost savings while also using a dust control program that actually makes your mine healthier and more productive, visit MineKleen.com to learn more about how Midwest can help.

If you’re looking for the same cost savings while also using a dust control program that actually makes your mine healthier and more productive, visit MineKleen.com to learn more about how Midwest can help.