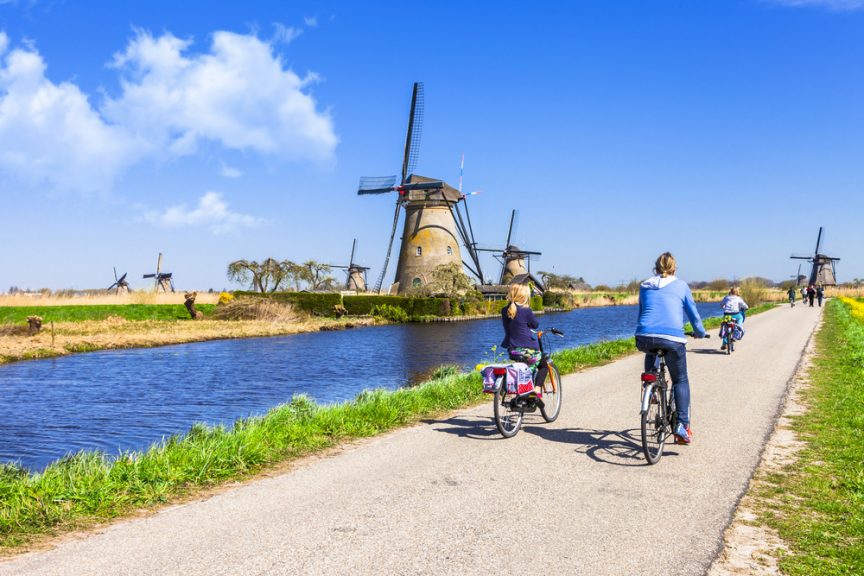 The Netherlands is using recycled soda bottles to create brand new bike paths for its citizens. Luckily for townships and villages in the US, there are more proven ways to create strong, stable, and environmentally friendly pathways for pedestrians and bikers alike.

If the Netherlands is famous for anything, it’s a dedication to sustainability. That dedication is reflected by its world-class biking infrastructure and its talent for finding innovative approaches to recycling plastic. Just this past summer, the city of Rotterdam unveiled a prototype for an ongoing project that converts plastic waste into floating sanctuaries for plants and wildlife.

Zwolle was already an incredibly hospitable place for bikers before the construction of their recycled road — like many Dutch cities, a majority of its population owns and regularly uses at least one bicycle. It won the Best Cycling City of the Netherlands award in 2014 and has strong infrastructure dedicated specifically to bike traffic, including tunnels, wait signals, and traffic circles.

On the whole, bikes are given just as much consideration as (if not more than) automobiles in Dutch urban planning. This approach to land use makes travel easier and safer for bikers, reducing citizens’ need to travel by car and thus reducing emissions. The introduction of these recycled roads — first in Zwolle, later in Giethoorn and Rotterdam — will only contribute to the country’s already exemplary record on environmentally friendly infrastructure.

A Greener Alternative to Asphalt

The new bike path isn’t just designed to make use of old materials — it’s also engineered to be impervious to both the bad weather above it and the earth beneath it. Beneath its plastic surface is a hollow reservoir meant to capture and retain stormwater to prevent flooding while still leaving room for underground cables and pipes. The material can theoretically be reused and recycled in perpetuity, meaning the road could easily be rebuilt and re-installed if it ever became too degraded to use in the future.

To top it all off, the path is also fitted with Internet of Things sensors that will allow its engineers to monitor its health and stability. PlasticRoad will use this information to make adjustments to its building process to create stronger, even more environmentally friendly roadways in the years ahead. The company says it plans on engineering not just bike paths, but parking lots and even highways.

Soil Stabilization Solutions for the Rest of Us

While Zwolle’s highly innovative new road represents an exciting development in road engineering, it relies on an untested system that can only produce new roads, rather than strengthen or build upon existing ones. Luckily for municipalities looking for environmentally friendly ways to revamp their current pathways, Midwest Industrial Supply, Inc. has the solutions they need to keep their paths, roads, and walkways strong and stable without the need for asphalt paving.

For over 40 years, we’ve been providing soil stabilization products and managed application programs to organizations and municipalities across the world. Our innovative approach to road construction and maintenance uses alternative binders to engineer sustainable and durable pavement out of native soils.

We send expert technicians to your site to help you determine exactly what kind of program and product you’ll need to create the strongest possible surface on your road or walkway. And because our method uses in-place soils, it often reduces or eliminates the need to haul in expensive road aggregate.

The Netherlands’ new approach to creating bike paths is exciting, but just not feasible for most companies, villages, and townships trying to revitalize their existing unpaved roads and pathways. That’s why Midwest is here to help.