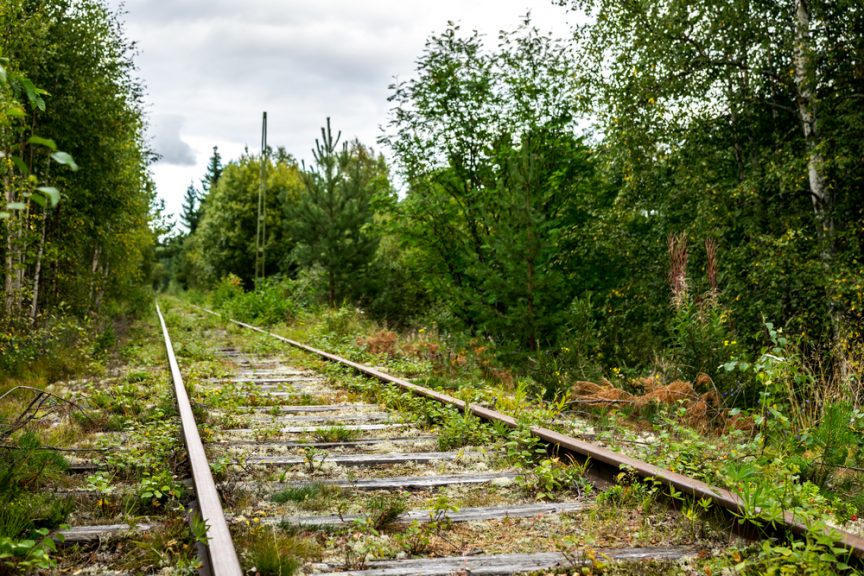 An Intriguing new company is on a mission to turn unused railroads into bikeable tourist attractions.

Founded in 2015 by husband-and-wife team Alex Catchpoole & Mary Lu Joy, Rail Explorers USA is on a mission to put smiles on faces all across the country.

And how might they achieve their aim? Rail bikes!

Like paddle-boats on tracks, these compact car-sized “vehicles” allow 2-4 passengers to pedal their way along decommissioned (and scenic) stretches of railroad in locations as disparate as Las Vegas and Rhode Island.

The first Rail Explorers tour opened on a historic stretch of rail between Saranac Lake and Tupper Lake in the Adirondacks. And in just three years of operation, the non-profit organization has seen over 60,000 “riders” take to the rails.

Their latest project launch takes them to the town of Phoenicia in the Catskills of Ulster County New York, where public interest has been positively, well, off the rails.

With one of the longest and richest railroad histories in the world, it’s only natural that the United States is home to an equally expansive collection of old, “abandoned” railroads that are no longer functionally useful. That’s largely a result of changing economies, shifting populations, and evolving industries that together render once-critical transit hubs obsolete. But look a little closer, and you’ll see that a similarly expansive cottage industry has popped up to make use of these historic streaks-o-rust.

From Alabama to Maryland, heritage railways offering scenic excursions on vintage trains dot the landscape. Catskill Mountain Railroad (CMRR) is one such railway — and for a time, it ran scenic tours on a temporary basis along the Phoenicia rail segment now tenanted by Rail Explorers USA. But despite interest in a more permanent lease, Ulster County (which owns the railroad) passed over the CMRR in favor of the exciting upstart with the bikeable “trains.”

Pedal to the Metal

In May, Lu and Catchpoole joined Ulster County Executive Mike Hein and other city officials to inaugurate the 7 railcars (with enough seats for 20 bikers). “We look forward to becoming an integral part of the community and an important part of the local tourism economy,” Lu said in a prepared statement at the event. Backing up her confidence, the public responded by purchasing over 2,000 tickets on the weekend following the soft launch.

The tour runs along the Esopus Creek on four miles of rail (an 8-mile round-trip journey) that the founders say should take roughly two hours. More physically demanding than your average scenic train ride, the rail bikes have small electric motors to assist riders with uphill stretches.

What’s Next? Rail Explorers USA will operate the Catskill location seven days a week through the end of the fall. In 2019, the company plans to open a new location in Delaware, which runs alongside the still-functioning Wilmington & Western Railroad. It’s a far cry from the steam engines of old, but it just goes to show the continued appeal and dynamic utility of America’s storied rail network.

Since 1975, Midwest Industrial Supply, Inc. has been providing rail operators from coast to coast with cost-effective solutions to their infrastructural challenges. Our patented rail switch lubricant Glidex® is a non-corrosive synthetic liquid that forms a protective layer on the switch and stays there, while resisting extreme temperatures and heavy precipitation more effectively than graphite. Tested for quality and durability, our product spares you the cost of reapplications while ensuring that your trains — or bikes — continue to run on time.

Railroads have always been central to the economy — and the story — of America. Midwest is proud to be a part of that story, and we stand ready to help railroad operators with all of their rail switch lubrication needs.