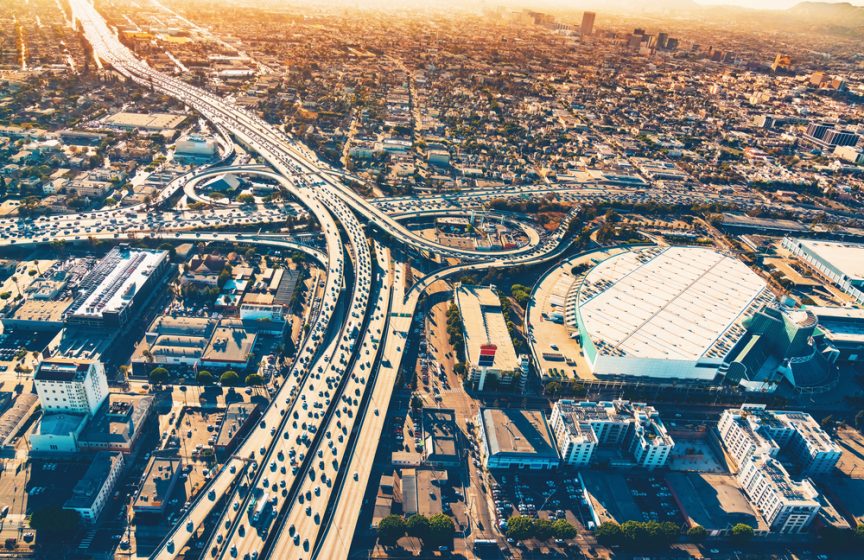 As Los Angeles gears up to host the 2028 Olympics — and an expected half-million visitors — the city is giving its public transit systems a much-needed overhaul.

Along with sunshine, celebrities, and beaches, Los Angeles is also famous for its traffic. While most other large metropolises have extensive public transportation networks, Los Angeles has historically fallen short — and suffered through horrific gridlock as the result. Now that Los Angeles has been chosen to host the 2028 Summer Olympics, new attention is being paid to their mass transit system as the city prepares for an influx of athletes and spectators.

Los Angeles has been here before. After being selected to host the 1984 Summer Olympics, city officials and residents prepared for the worst. Serious doubts arose about the public transit system’s capacity to manage the increased flow of people. Fortunately, the worst was avoided thanks in part to the effective implementation of then-cutting-edge technologies like street-embedded sensors, traffic cameras, and traffic light synchronization.

Following the close of the 1984 games, the city continued to implement the technologies that have since become ubiquitous — and crucial — components of car travel in LA. The past three decades have also seen significant additions to the Metrolink commuter rail and the Metro passenger rail network, which by good fortune already serves several locations likely to house Olympic events in 2028.

While the city’s transit systems are undoubtedly in better position to handle the upcoming games than they’ve ever been, there’s still plenty of work to be done. Large sections of Los Angeles are still considered rail transit dead zones, and a number of key areas still lack easy access to public transport of any kind.

Hoping to once again leverage the Olympics as a springboard for improvements to public infrastructure, the Los Angeles city government is pushing to complete several ambitious infrastructure projects before 2028.

Proposed for completion in 2021, the Downtown Regional Connector project would consolidate rail lines and eliminate transfers in downtown LA. By 2019, the city plans on finishing a light rail route called the Crenshaw Line that will expand service southward into Los Angeles County. A connection from the Crenshaw Line to Los Angeles Airport called the “Automated People Mover” is slated to open by 2024.

By the time the Olympic flame is lit in 2028, officials aim to have expanded the subway by a full nine miles, bringing greater access to West LA in a multiphase, tunneling-intensive project.

As Los Angeles embarks upon this grand venture towards better public transportation, a proper rail switch lubrication strategy — essential to any and all rail expansion efforts — must be in place and properly implemented. Otherwise, all of those sparkling new rail systems risk falling behind schedule in a hurry.

At Midwest Industrial Supply, Inc., we know what it takes to keep railways running safely and efficiently. Glidex®, our patented rail switch lubricant, is a non-corrosive synthetic fluid that coats vertical rail surfaces and keeps them optimally lubricated for months at a time.

With superior resistance to dust, sand, rain, and snow, Glidex is a more durable alternative to graphite-based lubricants. And since it requires fewer applications and less ongoing maintenance, Glidex promises to help keep rail systems of all kinds running on time.

Whether you’re interested in controlling operating costs or ensuring visitors have time to grab a Dodger Dog before the Olympic Beach Volleyball finals, Midwest is here to help with all of your rail switch lubrication needs.