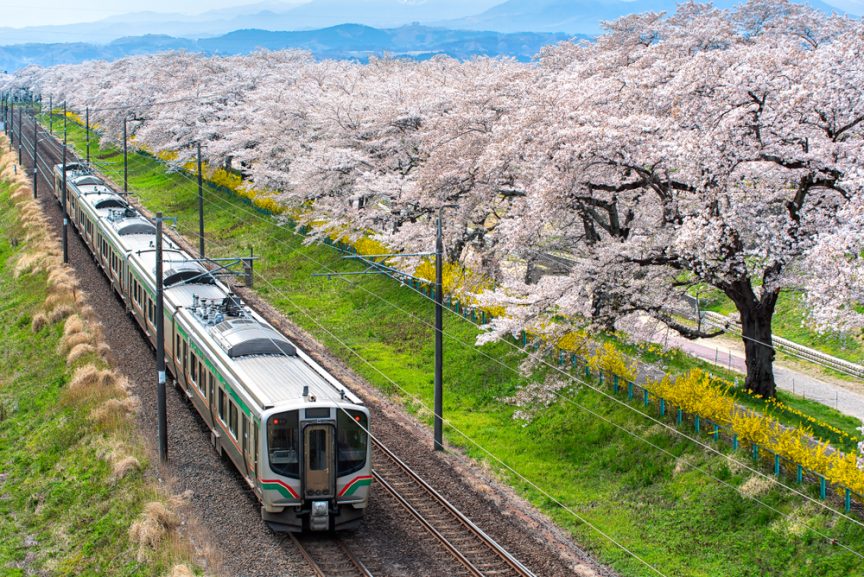 Thanks to a feline mascot-turned-stationmaster, Japan’s Kishigawa railway line has seen a surge in ridership and increased tourism to boost the local economy.

Japan’s historic Kishigawa railway, situated in Wakayama prefecture, serves small communities and connects them with the regional hub, Wakayama City. In the mid-2000s, however, the rural line faced a combination of low ridership and financial problems that threatened to shut it down.

When the line’s 14 stations were closed in 2006, an unexpected mascot helped support the decision by the Wakayama Electric Railway’s current president, Mitsunobu Kojima, to revive the rural line: a cat. Tama, the former pet of the owner of a convenience store located near one of the railway’s train stations, helped draw tourists to the area, simultaneously boosting ridership and benefiting the region’s economy.

Although Tama passed away in 2015, her impact lives on. In addition to shrines dedicated to her memory at the Kishi train station, the Kishigawa railway now has multiple feline stationmasters across its 14 stops. Tama, as well as her successors, has helped a flagging line come back from obsolescence.

As the railway’s stakeholders plan for what looks like a successful future, it’s important that they consider what investments they should make to help preserve their suddenly popular rail infrastructure going forward.

Tama’s professional tenure began in the late 1990s when she started hanging around the Kishi Station. Commuters were drawn to her and she became something of a local celebrity for riders on their way up the line. When Kojima revived the line in 2006 after its intended closure, he formally adopted Tama.

Over time, Tama’s influence over the railway grew. Kojima named her “Stationmaster of Kishi Station” in 2007, making her the first feline stationmaster in Japanese history. Souvenirs were soon to follow and a portrait of her was even hung in Kishi Station’s gift shop. In 2008, Tama was promoted to “Super Station Manager” and received a knighthood from Wakayama prefecture’s governor.

As Tama became more popular, the railway hired an award-winning designer in 2010 to redesign several of their trains’ exteriors and interiors to be Tama-themed. This service is now known as the Tamaden Railway.

Tama’s impact has gone beyond souvenirs and playful titles, however. According to a 2008 study by Katsuhiro Miyamoto, a professor at Kansai University, the buzz around Tama likely attracted 55,000 more riders on the railway than was initially projected for 2007.

What’s more, Tama’s celebrity is estimated to have brought 1.1 billion yen into the local economy. The Wakayama Electric Railway reports that it has seen an increase of almost 300,000 annual passengers from 2006.

Thanks to Tama and her fellow feline stationmasters, the Wakayama Electric Railway has been able to continue serving its passengers and the wider community. With the surge in ridership that’s come in the time since Tama became a regional celebrity, however, the line’s decision-makers should be considering how they can invest in top-tier solutions to ensure the smooth operation of their rail infrastructure. The Glidex® product line from Midwest Industrial Supply, Inc., for example, offers unparalleled train-handling performance while reducing maintenance time and costs.

With more than four decades of experience providing highly effective rail switch lubrication, Midwest is a tried-and-tested industry player for anyone looking to invest in industrial railway products. Indeed, our rail switch lubricants can help railway operators ensure the safety of their rail network for passengers, personnel, and cargo alike.