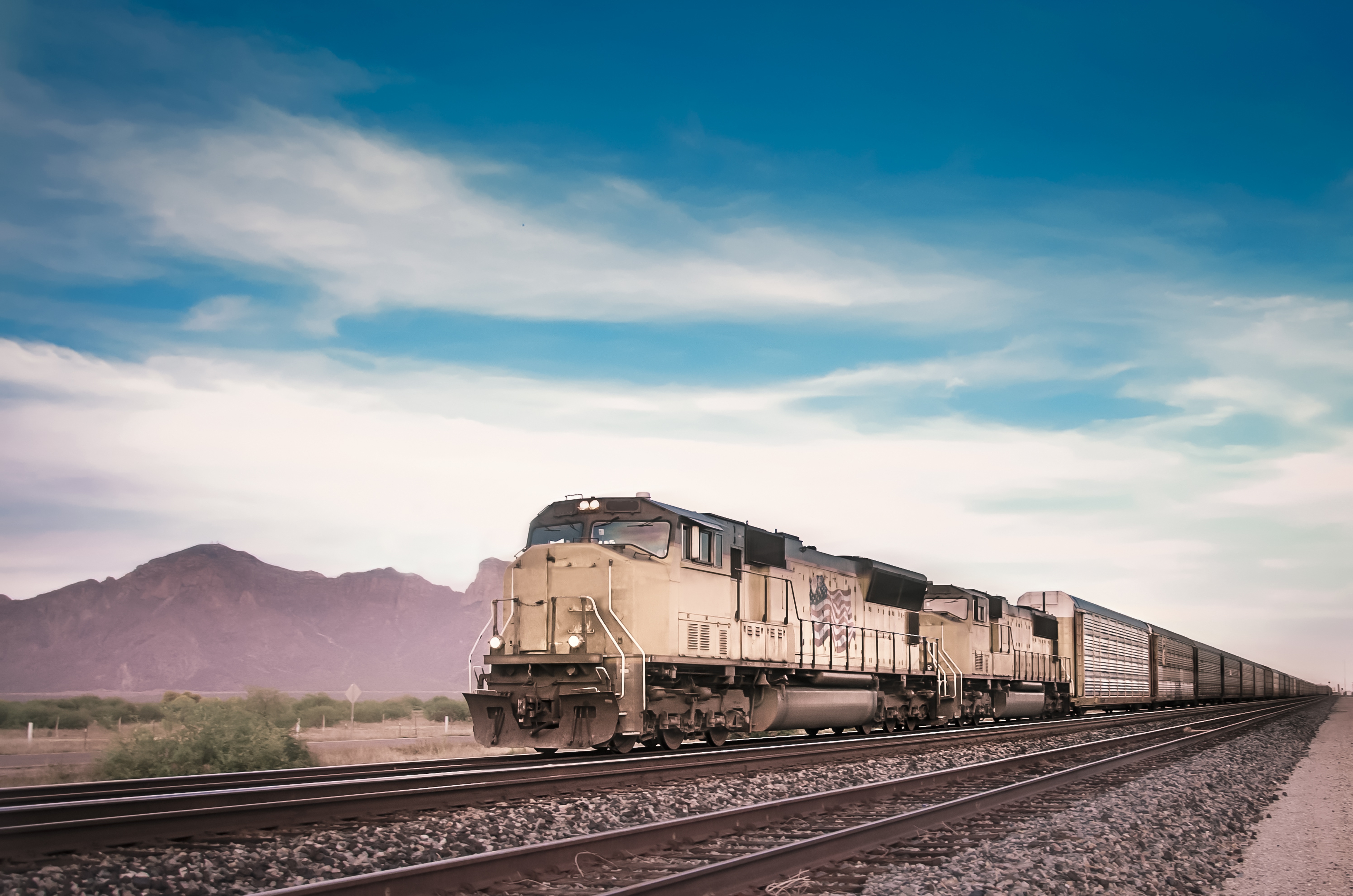 New data from the Association of American Railroads highlights the freight rail industry’s significant contributions to trade operations and the domestic job economy.

In March 2017, the Association of American Railroads (AAR) released their latest report detailing the important relationship between global trade and the freight rail industry. The study demonstrates that, despite the wide range of important channels of commerce that have sprung up in the centuries since rail’s invention, the United States’ dominance of the global economy is still due in large part to freight rail.

The report opens with three significant findings about international trade: 42% of American railroads’ carloads and intermodal units are expressly associated with it, 35% of annual rail revenue comes in some way from it, and 50,000 rail jobs in America depend on it. That’s right: not only does rail facilitate trade, but trade greatly benefits the rail industry as well.

The AAR’s report characterizes privately-owned freight railroads as “an industry that connects and serves nearly every industrial, wholesale, retail, and resource-based sector of the economy.” But freight rail has a bevy of benefits specifically for trade, both national and international.

Rail has remained an integral part of America’s commercial backbone for over 200 years because it relies on the strong infrastructure that keeps the use of it cost-effective. With so much available track covering a country as large as the United States, suppliers and distributors rely on rail to transport their goods affordably, allowing them to create more jobs and offer lower prices. That’s no small part of what keeps American companies so competitive in the international market.

In 2014, rail was involved in the movement of 329 million tons of exports and 171 million tons of imports that passed through the United States on its way to another location in North America, totaling over 500 million tons. That’s a truly tremendous sum, and it doesn’t all stem from heavy industrial products either: the types of goods transported by rail vary widely, as some of the most common ones include coal, paper, automotive products, plastics, grains, and iron ore.

Every one of these diverse industries are funneling money into the rail industry, bolstering hundreds of thousands of jobs and creating billions of dollars in economic activity. 2014 data shows that power generation and distribution commodities led the pack, spending $14.2 billion on rail shipping and supporting over 36,000 jobs in the process — all that resulted in a whopping total of $34.6 billion in economic output. Coming in second place was the agricultural industry, with $11.2 billion spent on rail shipping, over 28,500 jobs supported, and $27.4 billion in economic output generated.

Other industries of note were building construction commodities, drilling-related and crude oil commodities, and steel and steel-related commodities — 2014 data indicated that they all spent between $5-10 billion on rail shipping. While drilling-related and crude oil commodities directly supported just under 5,000 jobs and created $14.1 billion in economic output, the others were each responsible for around 25,000 jobs and at least $23 billion in economic output.

2014 also saw an incredible $26.4 billion in revenue generated from freight rail in the United States. The AAR’s report demonstrates conclusively not only that rail is alive and well, but just how many industries that are critical to both the economy and our daily lives would suffer greatly without it.

For rail to continue providing the nation with jobs, transportation, and cost-efficient logistics, it must continue to operate efficiently and safely. Midwest Industrial Supply, Inc. offers a patented suite of products to help rail operators do just that, utilizing synthetic, organic, and environmentally-friendly formulas to keep tracks and switches lubricated.The application of effective rail switch lubrication solutions ensures that any rail line will run smoothly, reducing the chance of delays as well as time and money spent on maintenance. Our Glidex® track switch agent has proven to be longer-lasting than graphite or petroleum lubrication alternatives, and can be easily applied even in severely low temperatures or inclement weather.

Through the efficient use of our line of rail lubrication products, Midwest plans to play a part in rail’s future as a major player in international trade.