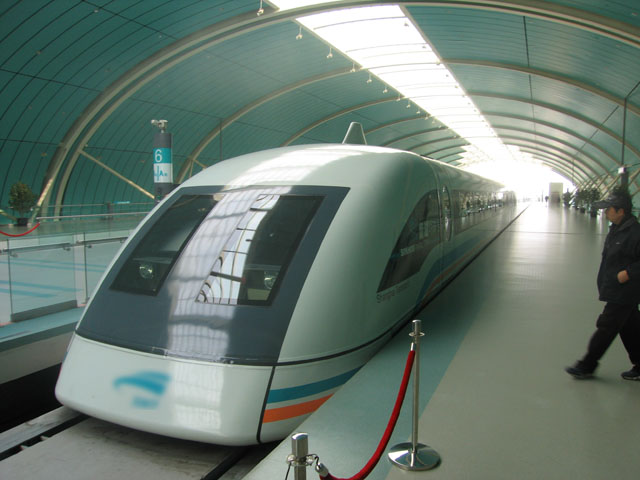 High speed rail is transforming transportation in Europe and Asia. Could the U.S. be next?

The winds may soon shift, however. In recent years, high speed rail has begun to compete with airlines in major traffic corridors in Europe and Asia, offering similarly quick travel while sparing travelers the usual hassles of flying. As high speed rail becomes more commonplace throughout the world, it could soon transform transportation patterns — and lead to another golden age for railroads around the world.

Citing research published in the Journal of Advanced Transportation, Bloomberg reported that travel times for rail are quickly approaching (or even now shorter than) flight times on some of the world’s most trafficked routes, including New York to Washington, D.C., London to Paris, Beijing to Shanghai, Madrid to Barcelona, Seoul to Busan, and Rome to Milan.

The recent rise of high speed rail has been spurred in part by its cost, which has dramatically declined over the past few decades. When it first operated in 1994, for example, the Eurostar train from London to Paris or Brussels cost a whopping £79. The same journey now costs about £29 (equivalent to $39).

Leading the global charge is China, the home of the world’s most extensive high speed rail system. In 2015 alone, ridership on Chinese railroads reached 910 million, more than double the country’s 415.4 million air travelers. With such promising returns, it’s no surprise that China intends to invest in further expansion of its national rail system in the coming years.

America’s Place on the Tracks

With so much evidence pointing to rail’s rosy future, it’s fair to wonder how the U.S. might benefit from a greater investment in high speed service. At the moment, the country’s only high speed passenger rail line, the Acela Express between Boston and Washington, D.C., runs at about 100 miles per hour for most of its route, with a maximum speed of 150 miles per hour. Despite those limitations, the trains usually make the journey from New York to the capital in about four hours.

Proposed projects elsewhere in the country could take high speed rail beyond the Northeast Corridor. The Texas Central Railway between Houston and Dallas could shorten trips between the Lone Star State’s largest cities to just under 90 minutes. Similarly, California High-Speed Rail could offer transportation between Los Angeles and San Francisco in as little as three hours. If completed, these routes could usher in a new age for American railroads, creating unprecedented opportunities for millions of Americans.

As travelers continue to turn to high speed rail to get where they need to go, railroads will need to further invest in appropriate maintenance strategies to ensure the safety of their infrastructure.

Since 1975, Midwest Industrial Supply, Inc. has worked with railroads across the country to solve their maintenance challenges. Our patented rail switch lubrication product Glidex® is a synthetic fluid designed to withstand dust, freezing weather, and heavy pressure while improving rail switch performance throughout the year. Tested for quality and durability, it lasts longer than graphite- and petroleum-based products without corroding the surface or affecting the surrounding environment.

As high speed rail continues to make inroads into the U.S., railroads will need to invest in their infrastructure to prepare their systems for it. Midwest stands ready to help railroads of any size embrace the challenge.