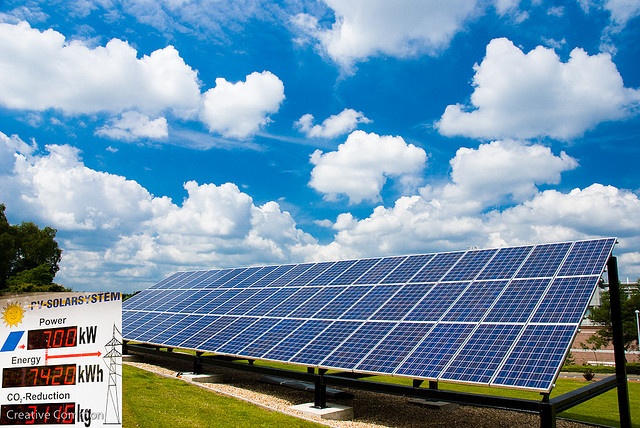 Germany’s solar power production often outstrips the rest of the world’s — even though the country is small and not known for sunny days. How can the United States learn from the European country’s success to increase its efforts in renewable energy production?

Of all the nations striving to improve solar energy production, Germany has emerged as the undisputed leader of the pack. According to International Energy Agency’s comprehensive report, Germany produced 38,250 megawatts (MW) of electricity from solar energy in 2014, the last year of data available. The next-closest nation was China, which produced a 28,330 MW. While the two countries have jockeyed for the top position for the past few years, Germany’s energy output has only increased in the last five years.

A closer look at the Germany’s world-leading solar resume only makes the numbers even more impressive. Back in June 2014, the country experienced a massive spike in production over a two week period, breaking and resetting national records three times for a final high of 24.24 gigawatts in an hour period on June 6, and June 7’s final production, when an astounding 50.1% of the country’s total energy demand was satisfied by solar technologies.

Where Does the USA Fit In?

What’s most impressive is that Germany leads the world in solar energy output while working with limited means. Not only is the country far smaller than its peers in production — the state of Texas alone is about twice the size of Germany — it’s not exactly known for its sunny climate, either.

Meanwhile, the United States produced the fifth-highest output of PV power at last count, at 18,317 MW. Although the U.S. has dramatically increased solar energy production efforts over the last decade, it’s still a long way off from Germany, even with factors like the much larger size and more favorable environmental conditions in play.

Here are a just a few of the areas where Germany excels and the United States could stand to learn a thing or two if increasing solar production is a real goal.

“Photovoltaic system” refers to the solar panels necessary for a solar powered infrastructure. It’s the technical term for the system that absorbs the light from the sun and converts it into electricity. Although the United States has experienced rapid growth in the solar sector in regard to installations of PV systems, there is still room for more infrastructure, especially in the public sector.

Commonly known as “feed-in electricity tariffs,” (FIT) Germany has established programs that pay the renewable energy producers under long-term contracts for their services. This provides alternative energy companies with a healthy incentive to get started and the ability to flourish further on down the road.

The key to becoming a world leader in renewable energy production is to actually embrace the concept. Solar energy is largely unfamiliar when compared to traditional sources, but the fact of the matter is that these renewable energy sources are an initiative we should all be pursuing in conjunction with coal, oil, and gas for a brighter future. The Clean Power Plan is a step in this direction, but the country should focus on innovation for more reasons than simply complying to new regulations.

Solutions to Building a Better (and Brighter) Future

Because most alternative energy is produced in wide open spaces, dust clouds can be a real problem. As dust kicks up, it blocks out precious sunlight, slowing energy production to a trickle. Midwest has developed a variety of environmentally safe products and techniques to control dust issues and keep operations running smoothly so the U.S. can catch up with Germany and rise up the ranks of solar energy producers around the world.