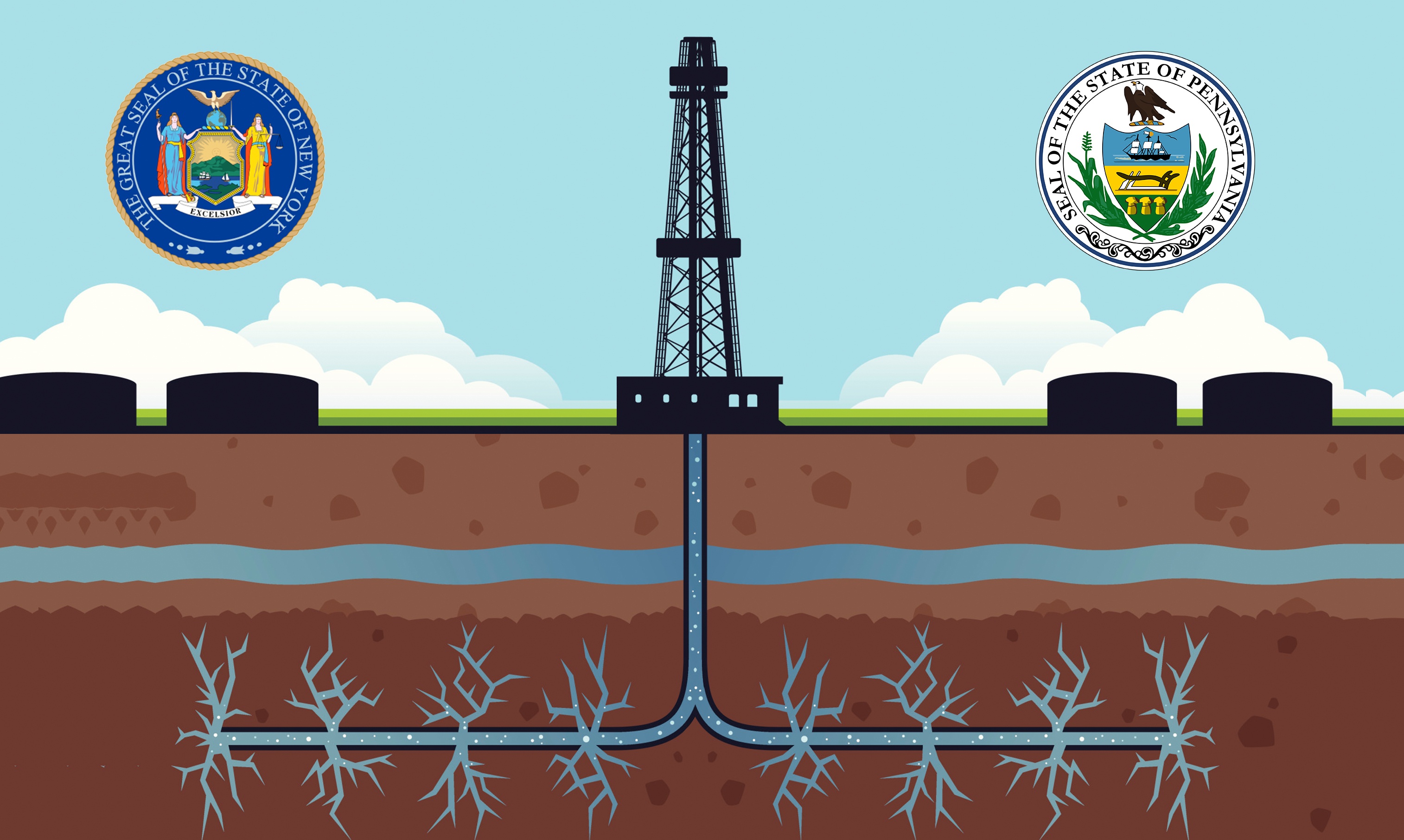 Due to opposing stances on hydraulic fracturing, Pennsylvania and New York are seeing a disparity in prosperity.

Upstate New York and rural Pennsylvania look strikingly similar: rolling hills, hay stacks, and a sea of green stretch as far as the eye can see. Though you wouldn’t know it from simply driving through, the economies of these two regions are completely polarized. The reason? Differences in fracking policies. Pennsylvania, a fracking-friendly state, is presently flourishing, while New York, which no longer permits fracking, is facing fiscal devastation.

Fracking has always been a divisive subject in New York. It has sparked a fierce debate from its inception, pitting lawmakers and rural communities against one another throughout the state. Opponents of the natural gas extraction method have pointed to alleged health risks and negative environmental impact, while advocates have argued for fracking as an effective means of reinvigorating depressed local economies.

In December of 2014, New York Governor Andrew Cuomo put a definitive end to this incessant back-and-forth by declaring a state-wide ban on fracking. According to the New York Times, the move was largely viewed as a political appeal to leftists, disguised as a moral stance against fracking’s perceived side effects.

But by banning fracking, the governor has unwittingly unleashed a new threat upon his constituents: economic disaster for the communities that depend on it.

Boom in PA, Bust in NY

While New York is scrambling to deal with a fiscal crisis, Pennsylvania is thriving. Due to the state’s fracking-friendly attitude, employment rates are higher than ever, and taxable income in areas like Bradford County has increased by 19% in a mere three-years. According to Hot Air, rural Pennsylvania is experiencing a surge of small businesses, increased property values, and an overall “boom in prosperity.”

But in upstate New York, prosperity is becoming increasingly out of reach. Hot Air explains that the town of Windsor once boasted a bustling Main Street complete with a department store, two diners, a movie theater, and jewelry shops. Today, though, it’s a veritable ghost town. As job opportunities have become increasingly scarce, young people have had no choice but to leave the area in search of greener pastures. Any sense of community that once existed in small towns like Windsor has long since disappeared.

Looking to the Future

History tells us that where there’s energy, there’s profit. And although it’s unlikely that this is news to the lawmakers of New York State, most of them are operating under the common misconception that fracking necessarily poses a severe threat to people’s health and should therefore be against the law.

With the proper precautions in place, it’s easy to see how fracking could become a safe and effective means of revitalizing New York’s economy. Lawmakers simply need to open their eyes and implement this superior approach. Returning fracking rights to New Yorkers will allow depressed communities to flourish once again, so they can have more in common with Pennsylvania than just the scenery.